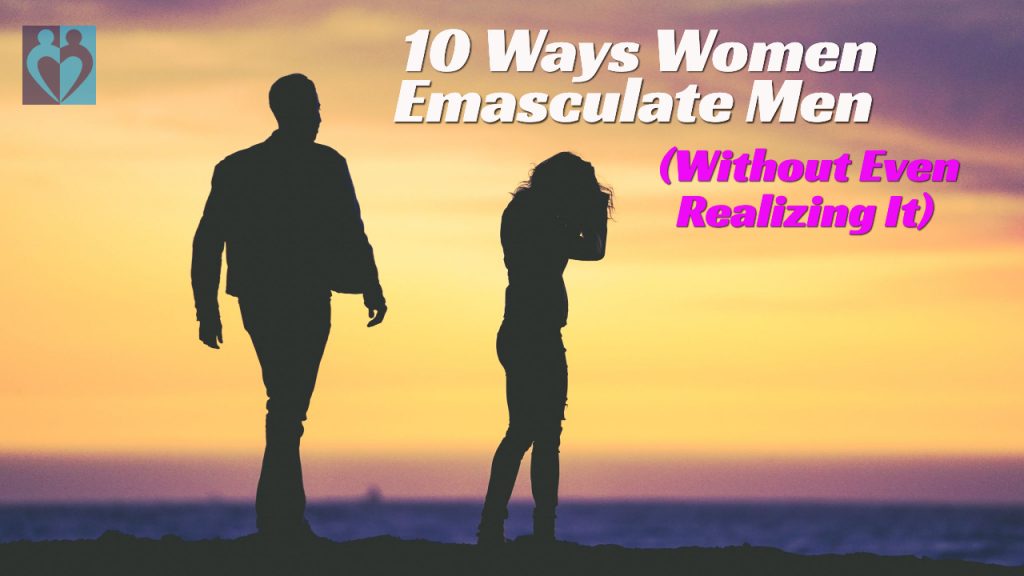 Posted by Sandy Weiner in understanding men over 40 | 0 comments

Women can emasculate men without even realizing it. Here are ten ways you might be emasculating men, and why it drives men away.

What does it ’emasculate men’ mean? I never heard the term until I became a dating coach. So, what exactly is it? Back in more barbaric times, emasculation meant castration, and it was used to punish men. That’s not what we’re talking about here. The Urban Dictionary describes emasculation as “…the removal of a male ego, pride, empowerment. Making a man subservient or in a ‘feminine’ role.”

Women are often unaware when they do this. They wonder why men get so angry, defensive, or shut down. A common example of emasculation is when a man is driving with his significant other. He turns left to get on the highway, and she says, “You’re going the wrong way. The back roads are faster.” She’s making him wrong and herself right, and this leads to a big fight. “But, I was just trying to help”, she says. By trying to help, she’s subconsciously trying to control him. He feels emasculated, because he now believes he can’t do anything right in her eyes. This can lead to the fracturing of many relationships.

Watch this video to learn how to stop emasculating men and create the loving relationship you want.

Here’s my call to action: Identify the ways you might be unconsciously emasculating men. And then choose to take one step towards having the relationship you want.