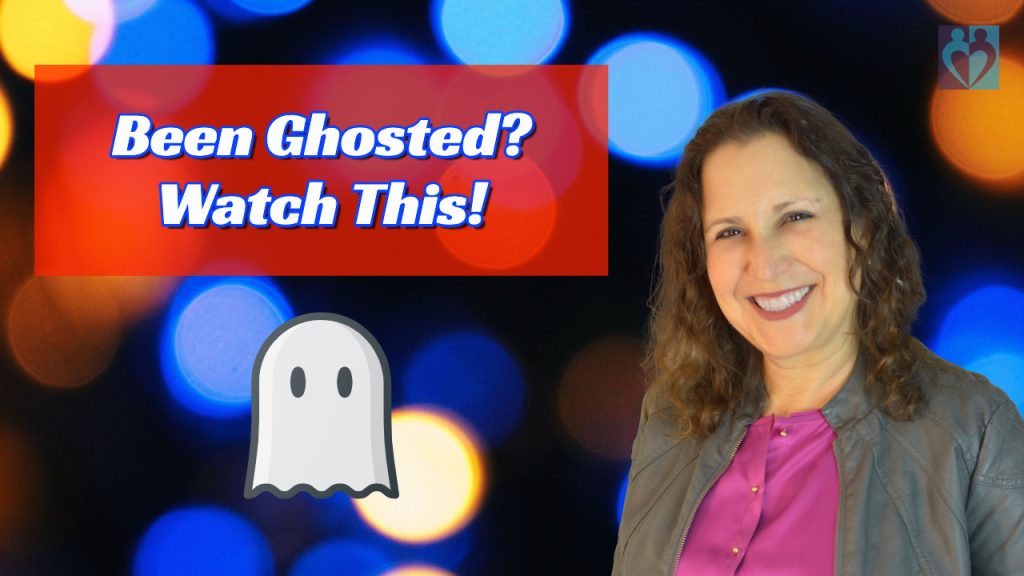 Posted by Sandy Weiner in dating in midlife, online dating after 40 | 0 comments

Ghosting is hurtful, so let’s do something about it! In this video, we decode ghosting and give you a blueprint for what to do if you’ve been ghosted.

If you’ve ever been ghosted, you know how much it sucks to suddenly be ignored by someone you liked. In today’s video, my son Max and I define ghosting, why people ghost, and what you can do if you’ve been ghosted or you’ve ghosted others.

Been Ghosted? Watch this!

What exactly is ghosting?

It’s a term that became popular in the dating world in the early 2000s when dating apps rose in popularity. Ghosting is when someone abruptly cuts off all contact by no longer accepting or responding to texts or phone calls. Ouch!

When you’re texting on a dating app and don’t feel a connection after a few exchanges, it’s okay to just move on without an explanation. That’s not ghosting. It’s simply sifting and sorting in today’s modern dating world.

Why do people ghost?

What to do if you’ve been ghosted

Most of the time, doing nothing is the best option. Take a deep breath, know that it’s for the better, and keep on dating.

Some people choose to reach out to ask what happened, especially if it’s someone you’ve been dating for a bit. If you do that, be prepared to hear their answer (or no answer at all).

Other people feel rejected and shut down. If that happens, it’s important to learn how to handle rejection without letting it get you down.

And if you’re the ghoster…

If you’ve been on a few dates, or you’ve been intimate in any way, don’t ghost! Reach out to the person you’ve dated and let them know you’ve had a change of heart.

Here’s what my son, Max wrote to a woman he was friends with for a while before kissing her. After they kissed, she revealed how needy and clingy she was, and he didn’t want to continue seeing her.

“Hey! I’ve enjoyed spending time with you this summer and I want to be upfront. I’m not feeling a romantic connection with you and I don’t want to slow fade/ghost. I appreciate you being vulnerable and honest with me in sharing your thoughts and emotions. Good luck with school and work this year and I’m glad we connected”

Don’t ghost. Be courageous enough to speak up and tell the truth.

If you’re feeling stuck in dating and relationships and would like to finally find true love, sign up for a complimentary 1/2 hour breakthrough session with Sandy https://lastfirstdate.com/application

Get a copy of Sandy’s book, Becoming a Woman of Value; How to Thrive in Life and Love.