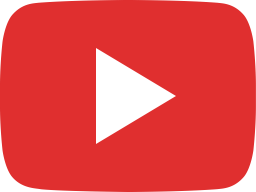 Chasing vs Pursuing a Woman

The main, but critical difference, between chasing vs pursing a woman comes down to mindset, especially whether you act needy or not.

Whether or not you act and feel needy depends on if you believe her value is the same, lower than or higher than your own value.

The actions in chasing vs pursuing a woman may look similar but your internal conscious or unconscious dialogue and attitude will be completely different.

When you distinguish yourself as a man in pursuit, she’ll see you through a more attractive lens than if you act like a needy boy.

Let’s look at the differences between chasing vs pursuing a woman.

We’ll go through what pursuing looks like first and then chasing and I’ll provide ways to get into the attractive mindset of pursuit.

Pursuing vs Chasing a Woman

She turns you down for a date because (insert excuse).

Instead of continuously contacting her to see if she’s available yet (chasing), you tell her to get in touch when her schedule opens up (pursuing).

It’s not that you don’t care, you’re simply not emotionally invested in the outcome. You are not attached.

You know how women are always talking about “self care?”

Yeah, this is you doing the same thing. You take care of you first.

You might say, “Ashley, you’re a beautiful girl, I want to take you on a date but if you’re going to play it cool then I have no problem finding another worthy woman.”

Now, let’s look at what you may be doing that pushes women away or turns them off.

Chasing vs Pursuing a Woman

She cancels plans (again) and instead of saying, “Get back to me when you’re available” you keep trying to reschedule.

You constantly seek her opinion, approval, feedback on decisions you need to make for yourself in your life.

Which brings us to…

In order to have the best chance of developing the mindset of an attractive man in pursuit vs a needy boy chasing is to increase your sexual market value.

Increasing your sexual market value has the effect of naturally increasing your self respect and therefore confidence so you no longer chase but actively pursue anyone or anything you desire.

Watch my video on How to Increase Your Sexual Market Value.

The main thing women find attractive in a man she’ll consider a relationship with is: capability and effectiveness.

Sure having a lot of money is one way of doing that but there are plenty of other traits that appeal to the women who aren’t just gold diggers.

Money is simply an obvious proof of capability and effectiveness.

A woman will only choose you if:

She needs to be worthy in your eyes, too, but if you’re chasing her you won’t be evaluating her true value.

The Main Thing a Woman Needs to Be With You

A woman needs to feel like it’s her choice to be with you.

If a woman determines you are worthy, she’ll have a difficult time changing her mind after she’s made that choice. That’s why bad boys seem so appealing to women at first!

Women like to think they’ve made the right decision about their selection so when you pursue her instead of chase her, she’ll see your true innate value as an attractive man.

Bad boys display alpha masculine pursuit traits and when a woman has bought into that, she’ll be the one to ignore red flags.

Watch How to Increase Your Sexual Market Value and What Makes a Real Man to Her now.

What’s a Real Man to Her (Features Women Love❣️)