From single-celled sales sheets all the way up to complex ecosystems that rely on interdependent relationships among products, businesses and customers, the evolution of marketing is quite a tale.

It gets even more impressive when you think about the fact that this process of natural selection has only been going on for just a little over a century.

The Evolution of Marketing: A 120-Year History

While there are different schools of marketing thought in terms of the origin of the discipline and its various phases, the dawn of the 20th century is a good starting point for our purposes

Over the past 12 decades, marketing has gone from the simple act of informing potential consumers about the existence of a certain product to a complex web of interactions that take place in person, through print, over the airwaves and on social media.

What Is the Evolution of Marketing?

Marketing evolution refers to the distinct phases that businesses have gone through as they continued to seek new and innovative ways to achieve, maintain and increase revenue through customer sales and partnerships. Since the 1900s, a variety of different strategies have been employed as various industries created and refined their marketing approaches.

When Did the Marketing Discipline Begin?

The answer to this question is fairly nuanced. To get a rough sense of the origins of marketing, let’s turn to the Online Etymology Dictionary. The authors trace this term back to the 1560s, when it was used to describe “buying and selling, [the] act of transacting business in a market.” That’s a pretty literal definition, but it’s a good reminder that prior to the creation of marketing concepts, “marketing” still existed. It was just a pretty straightforward activity.

According to our dictionary, the first cited use of the word “marketing” in its modern business sense — the “process of moving goods from producer to consumer with [an] emphasis on advertising and sales” — comes from 1897.

While it took some time for the field to move from a product-centric approach to what we understand as a marketing orientation today, the roots of this discipline go back to the turn of the 20th century.

What Causes Marketing To Evolve?

What Are the Different Stages in the Evolution of Marketing?

For our purposes, we’ll discuss four distinct phases of marketing evolution. While experts are somewhat divided in their interpretations of the various strategies that marketers have used to connect products with consumers and vice versa, we think these are the most important steps to study:

The Production Era: Products Develop From the Primordial Soup

The Industrial Revolution set the stage for modern marketing. All of the right ingredients were amassed, resulting in marketing as we now know it: the promotion of mass-produced consumer products.

Accordingly, early marketing efforts assumed a production orientation. The working theory was that customers simply needed to be informed about what goods were available to them. After all, you can’t buy something if you don’t know it exists.

This approach is perhaps best summed up by a quote from Henry Ford: “If you have a really good thing, it will advertise itself.” The company’s approach was heavy on the text and highly informational, emphasizing price, quality and standardization. 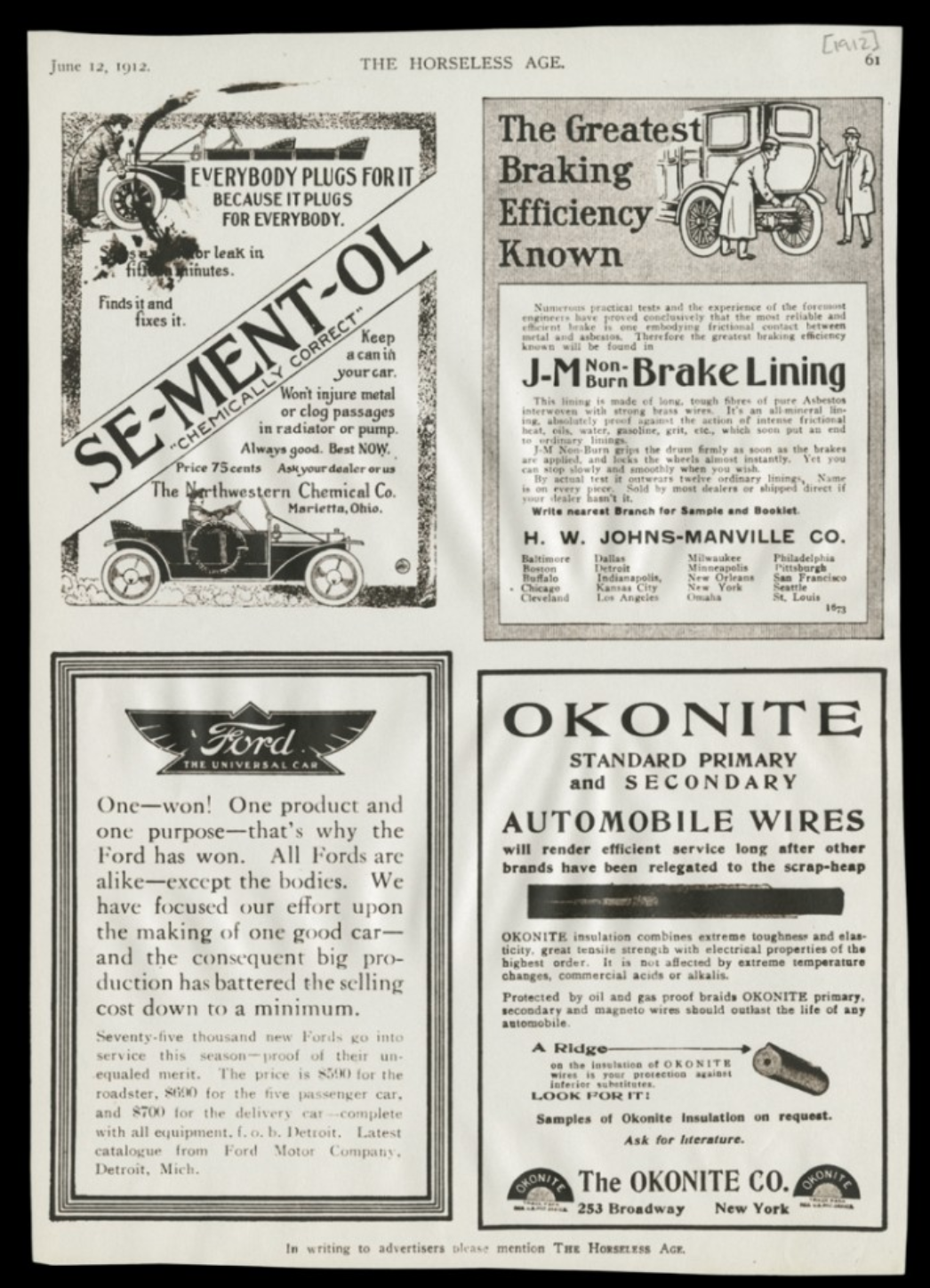 In fact, the automaker was so focused on production that national advertising ceased entirely during periods of high demand. Though individual dealers continued to place local ads featuring nominal branding resources supplied by the company, Ford stopped advertising between 1917 and 1923.

A different marketing era was starting to take shape.

The Sales Era: Species Diverge and Brands Emerge in Marketing

Leveraging a production orientation is fine if you’re pretty much the only game in town. From the 1930s onward, though, it became increasingly rare that any company would permanently enjoy a competitor-free environment. So, in response to the pressures of natural selection, businesses developed unique adaptations. This resulted in two core innovations of modern marketing: the central importance of brand identities and an emphasis on the selling orientation.

Would it be a stretch to say that the sales era gave us Santa Claus? Only a little bit. 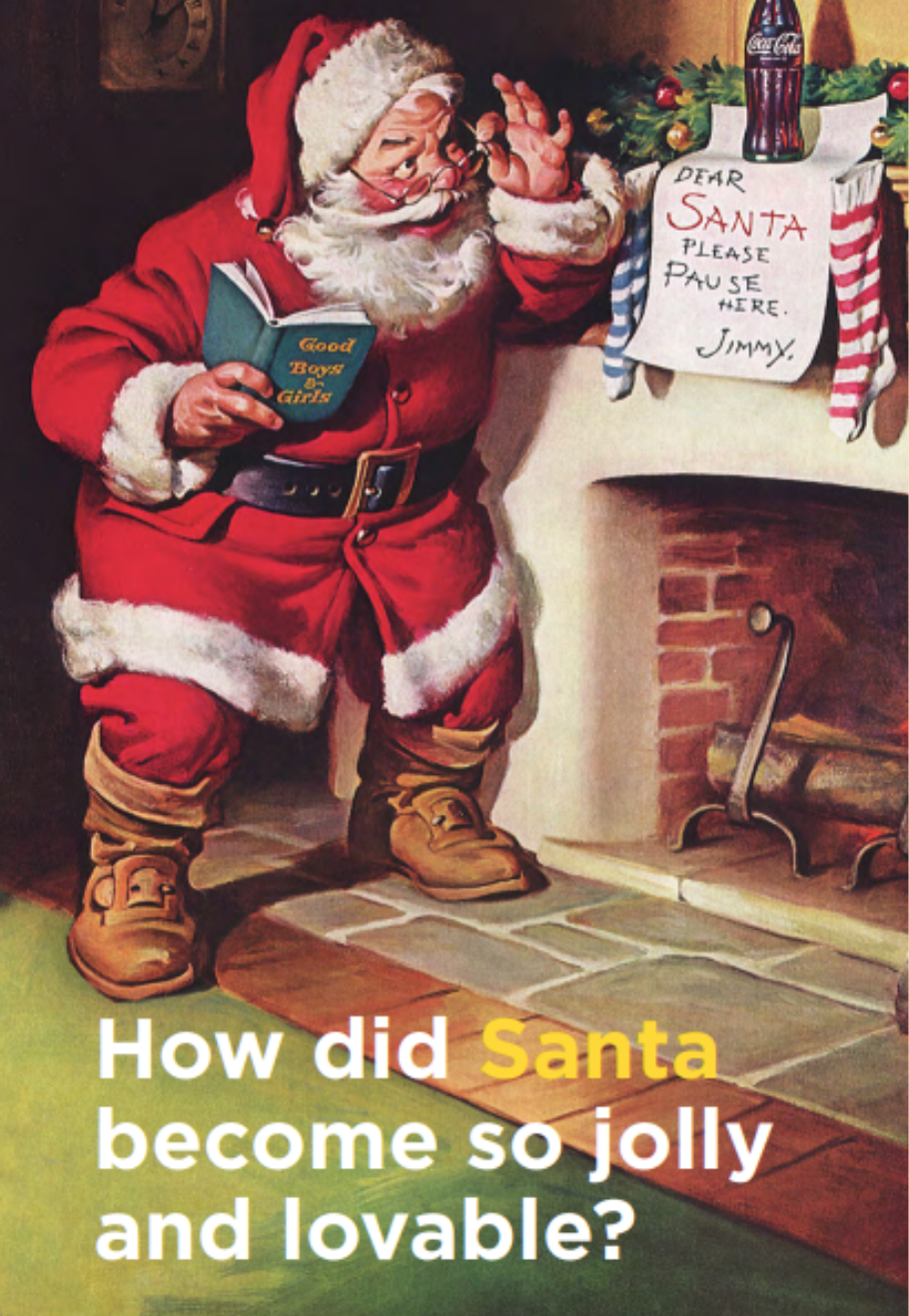 In the 1920s, Coke realized something: The company wasn’t selling as much soda in the winter. A production-oriented approach like Henry Ford’s would have led to a decrease in advertising during colder months while reducing bottling.

Instead, Coca-Cola focused on driving sales by attaching their brand to Santa Claus. To make it work, marketers had to solidify an image of Santa that would appeal to consumers. In 1931, they found what they were looking for in the illustrations of Haddon Sundblom. Until 1964, Sundblom would continue to produce images in the iconic Santa style that we still know and love today.

The development of a marketing orientation represented something of a sea change. While traditional marketing had focused on simply getting products to customers and convincing them to buy, this new approach was different. Marketers were driven to better understand consumers’ needs, concerns and desires. Only then could businesses hope to truly make an impact. By the 1980s, customers were in charge.

As a marketing concept, many internal stakeholders were skeptical of Apple’s 1984 Super Bowl commercial announcing the debut of the Macintosh personal computer. Watch Lee Clow discuss the origins of this groundbreaking ad with Bloomberg.

There’s a lot of creative insight to take away from this interview, but one thing definitely jumps out: They never even show a Mac. They don’t talk about any of its features. It’s not about getting you to buy a product. The entire commercial is centered on the premise that a new world is possible by taking a different approach to the adoption of technology — one that places individual consumers, not big companies, firmly at the center.

Today, it’s common practice for many businesses to employ a relationship orientation to marketing. As a marketing concept, an approach that prioritizes relationships is focused on encouraging customer retention and loyalty as well as continued interaction with the brand. Digital marketing channels make it easy to deliver re-engagement incentives to consumers, and social media campaigns make brands highly accessible. Social responsibility can also be a cornerstone of this orientation, as brands strive to be perceived as a partner in the customer’s quest to create a more equitable society.

At REI, You’re a Member

Outdoor equipment and athletic outfitter REI operates on a co-op model where customers can become members. For a one-time fee, members have access to several perks, including the ability to shop at Garage Sales where steep discounts are available. This strategy facilitates serious brand loyalty.

Looking Ahead: The Future Evolution of Marketing

Evolution doesn’t just stop. In the future, new approaches to product, customer and brand positioning will lead to novel marketing approaches that form the next stage of the evolution in the field.

The success of new social media platforms also highlights the importance of encouraging interaction among consumers. Instead of focusing solely on relationships between the business and its customers, companies will find new ways to participate constructively and collaboratively within a larger ecosystem led by consumers.

Do the Marketing Evolution

It’s been a stunning 120 years of marketing evolution. The next century will likely take us in directions that nobody can fully comprehend right now. One thing’s for certain: The fittest will survive.