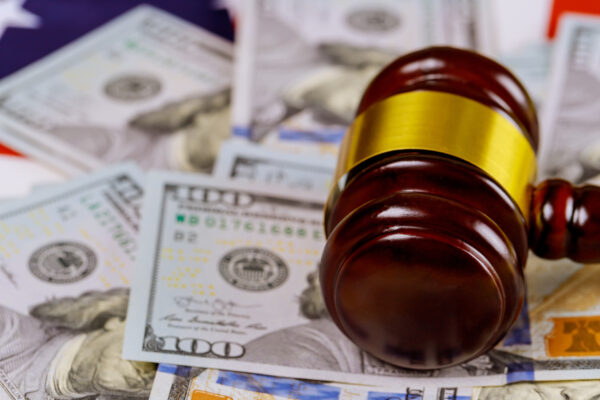 On Friday, an appeals court overturned a lower court ruling, telling UnitedHealth and other Medicare Advantage insurance providers that they must report overpayments from the Centers for Medicare and Medicaid Services (CMS) for treatments not supported by a patient’s medical record.

If Medicare Advantage insurers do not tell CMS within 60 days of discovering the error, they will have to face False Claims Act liability for each of these pay-outs, including treble damages and up to $23,331 per false claim.

In its unanimous 49-page decision, the D.C. Circuit wiped out the district court’s 2018 ruling, which had sided with UHC and vacated the overpayment rule. The lower court had found that the rule held insurers to a more stringent standard than traditional Medicare and thus resulted in Medicare Advantage insurers being underpaid.

The appeals court disagreed with this assessment, saying “UnitedHealth’s math does not add up.”

The overpayment rule is a product of the Affordable Care Act (ACA), which requires that “any overpayment… be reported and returned [within] 60 days after the date on which the overpayment was identified” or else the insurer’s initial, but faulty, claim for payment will be deemed a False Claims Act (FCA) violation.

The rule seeks to address situations — including the one most relevant to the UnitedHealthcare case — where a doctor delivers services and inputs a diagnostic code associated with those services but there is no proper evidence in the patient’s chart that the person actually has that condition. In 2016 alone, audits of data submitted by Medicare Advantage insurers to CMS showed that CMS paid out an estimated $16.2 billion for unsupported diagnoses, equal to “nearly ten cents of every dollar paid to Medicare Advantage organizations,” according to a 2017 GAO report.

Codified in 2014, the rule holds MA insurers accountable for promptly reporting any such erroneous payments they find and returning the money, lest they face the legal music for issuing fraudulent codes.

The significance of these overpayments goes beyond the individual patient: they are so widespread that the Department of Justice (DOJ) fears the government is losing millions, if not billions, of dollars.

How does this happen? Diagnostic codes play a critical role in setting monthly MA payouts, called “capitation payments.” At the beginning of each MA payment year, CMS takes all reported patient diagnostic data and other socioeconomic factors related to the prior 12 months and plugs them into a “risk adjustment” formula. They then apply that to the base rate set for the coverage area, to pay what they think each patient will need in services for the coming month.

To motivate Medicare Advantage plans to cover sicker, lower-income patients that they would otherwise not be financially incentivized to enroll, the agency pays out more money for patient enrollees with more chronic conditions, lower incomes, and other risk factors.

Whistleblowers have filed numerous suits with DOJ support that accuse MA insurers of gaming this system by applying diagnostic codes to patients that do not suffer from those conditions, thus making their member base look sicker than they are — and getting reimbursed at a higher rate.

Once an overpayment is made, they argue, it nudges up the rate for the entire member base, leading to higher payments across the board.

In 2018, a district court vacated the overpayment rule, agreeing with UnitedHealth that the rule violated the requirement under the Medicare Statute for “actuarial equivalence” between Medicare Advantage and traditional Medicare. This meant that if MA providers had to report and repay overpayments for individual treatments from CMS, Medicare should have to, as well.

The D.C. Circuit disagreed with the lower court’s assessment on all fronts, saying the CMS overpayment rule and Medicare statute “apply to different actors, target distinct issues arising at different times, and work at different levels of generality.”  Actuarial equivalence, the court said, applies to the statistical methods used in analyzing the broad swath of millions of patient records to determine base pay rates for different services. This principle requires CMS to base its rates on the same logistical regression models for both Medicare and Medicare Advantage providers.

However, because Medicare is paid per service provided and Medicare Advantage is paid on a monthly, prospective basis for all services that CMS estimates the insurers’ customers will require in that month, their incentives are completely different, as are the impact of coding errors.

The court reasoned: “any erroneous code in traditional Medicare is aggregated with millions of others in the regressions called for under the risk-adjustment model,” and thus do not necessarily result in overpayment.

“An unsupported code submitted by a Medicare Advantage insurer, in contrast, triggers overpayment in every case,” the court said. “That is because individual codes in that program are used to determine payments, not as data points in a complex and rigorous statistical model.”

In essence, you cannot compare apples to oranges because traditional Medicare and MA plans are funded by CMS using inherently different models.

The court opined that Congress intentionally established the Medicare Advantage payment model to dissuade MA insurers from only covering healthier, wealthier patients, and found it was meeting that Congressional intent.

It said CMS’ use of the overpayment rule along with another tool, Risk Adjustment Data Validation (RADV) audits, was not arbitrary and capricious in violation of the Administrative Procedure Act. The court found that the two had completely different applications — one, to ensure CMS only paid Medicare Advantage insurers for well-documented diagnostic codes, and the other, to ensure that risk was properly being evaluated across insured patient groups.

It concluded that the agency read the Medicare statute correctly as authorizing it to recover overpayments for diagnosis codes UnitedHealth submitted but either knew or learned were unsupported, without remaking or re-defending its actuarial-equivalence calculation.

Daniel Meron of Latham & Watkins LLP, counsel for UnitedHealth, declined to comment on the DC circuit court’s ruling. CMS typically does not comment on litigation.

Even before this decision was released, the Department of Justice (DOJ) made clear it was ready to put Medicare Advantage plans under the microscope.

“Medicare Part C is an area where you can expect to see enforcement efforts in the years to come,” said Ethan P. Davis, the Principal Deputy Assistant Attorney General at an address to the Chamber of Commerce’s Institute for Legal Reform last year. He noted that in 2019, payments to Medicare Advantage plans had totaled about $250 billion.

Legal observers have witnessed the DOJ step in more and more to support overpayment-related cases brought by whistleblowers, known as qui tam relators.

“The rate of DOJ intervention in these risk adjustment cases is much higher than the traditional rate of intervention, which is a big deal,” said Brandon Moss, a partner at law firm Wiley, in a phone interview. “It is quite interesting that the DOJ over the last two years has consistently identified Medicare Advantage as a point of emphasis for enforcement of the False Claims Act, despite the fact that they’ve had some mixed results in such cases.”

The Poehling court denied the government and relators summary judgment, ruling that it was not clear that UnitedHealth was legally required to delete invalid diagnosis codes it knew were unsupported by the medical record.

The Ormsby court denied Sutter’s motion to dismiss because it said actuarial equivalence was not a defense to an FCA claim. While defendant Sutter Health was a healthcare provider, not an MA insurer, MA plaintiffs claimed Sutter had shirked its duty to disclose overpayments it knew of, systematically underreporting such overpayments for years and taking “millions in inflated capitation payments.”

The same day the D.C. Circuit issued its UnitedHealth ruling, the DOJ and FCA defendants in Ormsby filed a joint stipulation indicating that they are presently working towards a settlement.

As a white collar defender who has represented numerous companies facing civil and criminal accusations of fraud and FCA violations, Moss expects this ruling will open the door to significantly increased scrutiny and litigation.

“There’s a lot of money at stake under Medicare Advantage, and DOJ has identified this as a hot area for enforcement, so there’s a lot of risk, especially because while DOJ says they don’t do industry sweeps, once they get into a case and identify common practices within an industry, one thing can lead to another,” Moss said. “One-way look cases are one such trend that they’ve identified.”

One-way look (or one-way audit) cases are those where relators and the DOJ can prevail against a motion to dismiss by showing that defendants knowingly failed to return overpayments or were reckless in failing to identify such overpayments. With the overpayment rule secure, such cases will only increase, predicts Moss.

Gird yourself against FCA liability

Moss says that though the DC Circuit verified that the overpayment rule does not in and of itself impose an auditing requirement, MA insurers need to be very cautious.

“It’s all about compliance: make sure you’re taking a close look at the processes being used and ensure that those processes include failsafes for if you identify codes that are unsupported,” Moss advised. “The False Claims Act is an incredibly heavy hammer.”