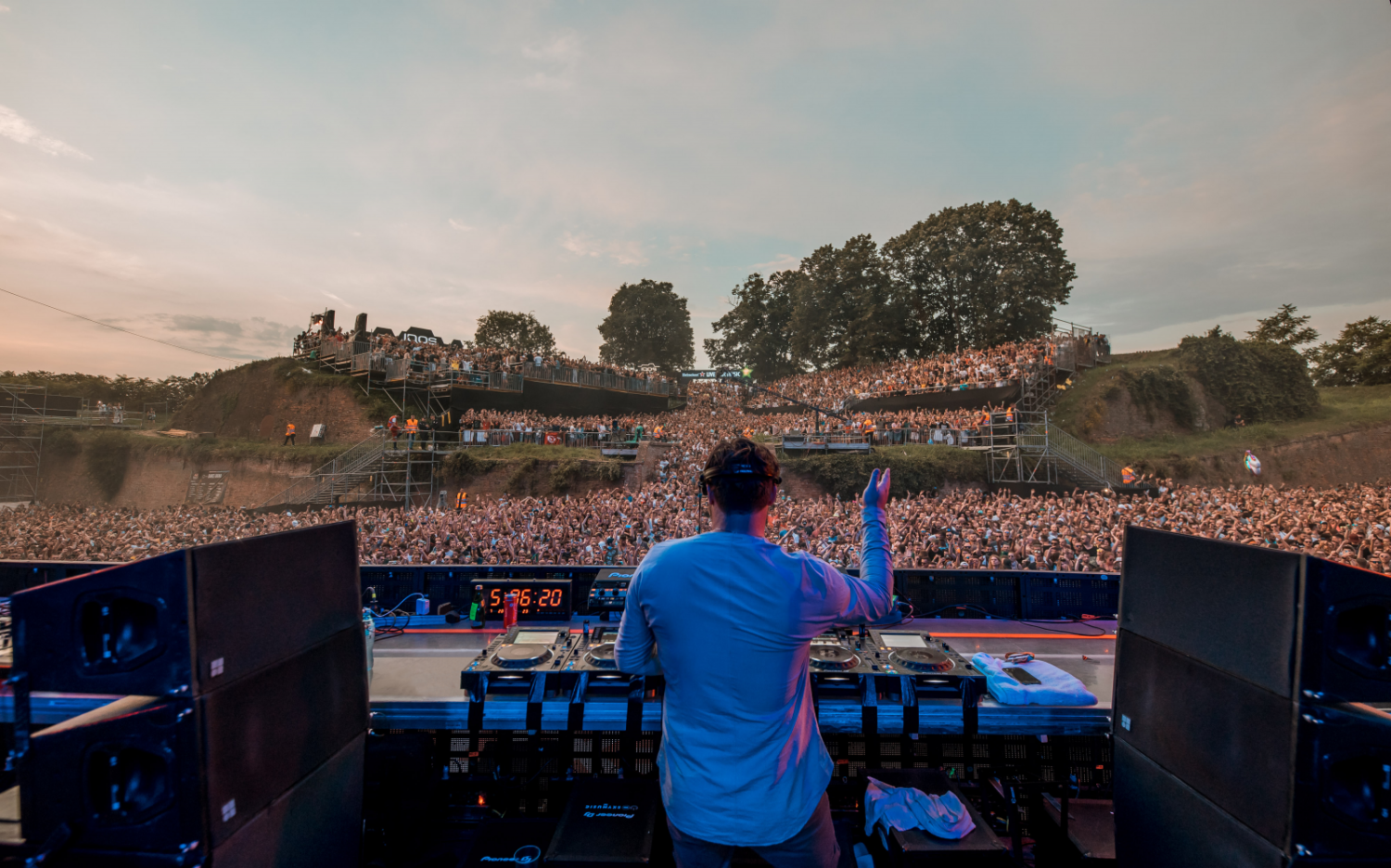 The stage is officially set for the 20th anniversary of Serbia’s infamous EXIT Festival. With hundreds of regional and world renowned artists booked across four days, 2021’s Eastern European massive doesn’t only represent a thrilling summer getaway, but a long-awaited and much needed return to normalcy for fans far and wide.

EXIT Festival’s lineups are known to hit the mark with unique collaborative sets and impressively diverse bookings, and this year is no different. 2021’s billing is undoubtedly techno-centric, but is ultimately rounded out by a myriad of show-stopping acts from across the board. Whether you’re looking to expose yourself to something new, or see classic tastemakers return to the main stage, EXIT has simply got you covered on all fronts. To help sift through this year’s expansive lineup, Dancing Astronaut has highlighted 10 must-see acts that will make your trip to Serbia beyond worth it.

Get thrown into the deep end of European techno on day one of EXIT when two of the industry’s most commanding acts join forces. Dark and aggressive beats will be the name of the game, as the two Berghain alumni are locked in kickstart this year’s mush anticipated Petrovaradin Fortress party. For a sampling of these techno titan’s tastes, checkout Kobosil’s instant classic remix of Rosa Anschütz’ “Rigid,” or Dax J’s 2019 EXIT set, seen below.

Boris Brejcha’s came into his own with the production of his 2020 LP, Space Diver. Equal parts techno and electro house, with tasteful spritzes of both progressive and trance elements, Brejcha’s newly minted sound has made him one of the most in-demand acts in the industry. With much of his 2020 spent in the studio, fans of Brejcha eagerly await the tricks that The Joker has up his sleeve for this year’s EXIT.

Tucked away on what can be considered the undercard of EXIT Festival’s 20th anniversary lineup is a back-to-back set from two of techno’s most under appreciated acts: VTSS and SPFDJ. Billed somewhere in the middle of the festival’s last day, this set might be easy to glance over, but those in the know agree that it’s not one to miss. Each with a penchant for blending decades, as well as genres, the two techno titans are guaranteed to show EXIT why they sit at the forefront of their genre.

Love him or hate him, David Guetta sits at the top of the pack for a reason: the man knows how to throw a party. With decades of headlining experience under his belt, and a couple of Grammys to boot, the French DJ has mastered that fine line between crossover pop hits and big room energy. Hot off the heels of his recent single alongside fellow superstar, Afrojack, Guetta is a lock to bring the latest and greatest to EXIT’s main stage.

Italy’s techno-fuelled improvisational duo brings their live talents to this year’s EXIT festival, guaranteeing those in attendance a much needed acid-shower on the final leg of the event’s four-day stretch. Brute force beats are the name of the game as 999999999 (pronounced “nine times nine”) is sure to hit like a concentrated shot of Italian espresso on a hazy Sunday morning.

Eelke Kleijn has always been an act to watch, but the artistic growth in his recent releases paint a picture of an act that’s truly coming into his own. Between his 2020 LP, titled Oscillations, and latest single on Cercle “Mont Saint-Michel,” Eelke has successfully broken from the progressive house pack, defining his sound on colorful synths and playful compositions. For a sampling of Eelke Kleijn’s succinct summer sounds, check out his recent performance with the aforementioned Cercle.

For those looking to trying something a bit different, Sabaton’s got you covered. The Swedish heavy metal band trades the DJ decks for guitars, but is guaranteed to raise the bar at EXIT Festival’s 20th anniversary with their conquest-inspired power anthems. Grab some comrades and a few beers, as Sabaton plans to pillage the masses on EXIT’s main stage… in the best way possible, of course.

Another eclectic addition to this year’s lineup, the American born Sheck Wes brings the heat like few in the game today. For the uninitiated, Wes slings unctuous, dripping beats and unadulterated rap anthems that, together, evoke an undeniably contagious live energy. Attendees would be ill-advised to not save at least a little juice in the tank, as Sheck hits EXIT’s main stage on the festival’s final day. If you’re wondering why, see below.

Solomun is among the few acts in the industry who truly needs no introduction, but that doesn’t make his performance at this year’s EXIT festival any less of a ‘must see’ moment. Fresh off of the release of his sophomore album, Nobody Is Not Loved, the house music icon hits the Petrovaradin Fortress this July with a new set of sonic toys and reinvigorated sense of soul.

Step out of the club and back into nature as Satori is bringing his lucid live show back to this year’s EXIT Festival. Following his acclaimed 2019 performance, the Dutch-Serbian musician is returning to EXIT with his signature cocktail of freeform electronic world music and lucid, psychedelic undertones. Satori’s live sets manage to simultaneously break the mold while still giving fans undeniably familiar grooves. For a teaser, checkout his 2019 EXIT Festival performance below.