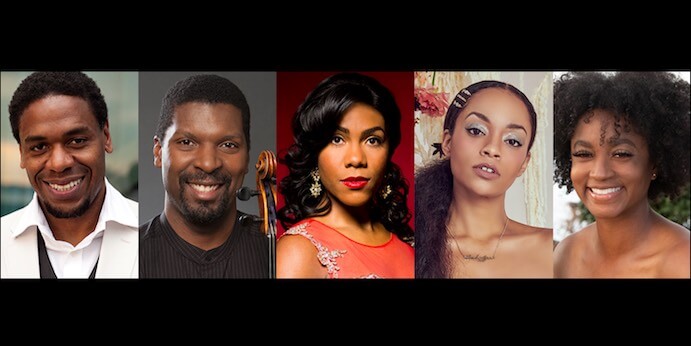 With an extensive catalogue of works for orchestra, chorus, opera, chamber music, and solo instruments, Dr. Adolphus Hailstork has spent his decades long career uplifting Black stories. His most recent world premiere will take place in a digitally streamed concert in partnership with The Greene Space on June 19, 2021 at 7:00pm EDT with the performance of his Tulsa 1921 (Pity These Ashes, Pity This Dust). Presented by the Harlem Chamber Players, the premiere will commemorate the 100th anniversary of the Tulsa Race Massacre through an operatic storytelling of the event. The performance will feature mezzo-soprano J’Nai Bridges and libretto by Dr. Herbert Woodward Martin.

So many Black people from all walks of life were affected by the Tulsa Race Massacre, and many of their stories and experiences have long gone untold. From what perspective is Tulsa 1921 told?

The libretto was written by Dr. Herbert Woodward Martin, and the text starts out with this woman, a young lady, walking along the ashes after the massacre, and finds her mother, who is dying. She holds her mother in her arms and her mother explains to her the reason for the uprising. The reason was that a Black man was accused, at least in the text, of attacking or raping a white woman.

The girl in the text still walks among the ashes after her mother dies, seeing the destruction, seeing how stores and buildings of enterprise and accomplishment were destroyed. If you’ve seen any of the pictures, you could see how accurate that is, and how shameful this is. How terrible this is. And it begs the question, how can we honor these people who gave their lives when all they were doing was trying to protect their property and their families?

After that lament, she says, “Let’s honor them. Let us continue to honor them on the iron of time and pay homage to their memories and carry on for as long as we are given to strive in this land. We shall endure, and we shall struggle. We should strive on.” And that is the whole purpose of this piece.

What was the process of collaborating with Dr. Woodward to develop a seamless relationship between the music and the libretto?

We’ve been working together for 30 years, so it was no problem at all for me to say, “Hey, Herb, you want to do a project?” We had previously done a project for The Harlem Chamber Players called Nobody Know, based on one of Herb’s texts about one of the two culprits that died on the cross the same day that Christ was killed. That was my first project for Liz Player and The Harlem Chamber Players. And then Liz approached me just last year and told me that they wanted to do a project to honor the Tulsa Massacre, which is how this project came to be.

Herb and I started collaborating back in the nineties and we’ve been collaborating ever since. Herb wrote the text to Nobody Know, Crispus Attucks, and A Knee on the Neck. He’s a brilliant person to work with.

The past year has brought a great deal of thought and awareness to stories of racial discrimination against Black people in America, and the Tulsa Race Massacre is among them. In regards to the conversation around racial injustice, what takeaways do you hope to leave the audience with?

Determination. When I’m talking about these issues, I want to express determination, remind the folks of the suffering endured for 400 years in this country. And it’s only through determination and faith that people have carried on and will have to carry on. Even in today’s world, being an African-American has a unique pathology to it. Every time you step out the door, you don’t know if you can get back safely without being shot by somebody. So that’s what I want and hope the folks will pay homage to their ancestors who have fallen, and make up their minds to carry on the struggle.

Your catalogue consists of several pieces about Black American life. Within that, what types of stories are you especially drawn to?

The first piece that I ever got as a significant commission was a piece called Celebrating the Bicentennial of the United States. And in those days, I was very keen about Americana. I wrote pieces called An American Fanfare, An American Port of Call, and American Landscape. I was just kind of a neutral, all-embracing Americana composer.

Now in the past 10 years or 20 years, actually going back to the ’80s, I wrote a piece called Done Made My Vow. And that’s a piece that I wrote for a college where I was teaching, Norfolk State University, which traces the history of African-American experience in this country, especially struggle. And it has an interior climax of the “I Have a Dream” speech. This piece can be heard with different words on YouTube, but that kind of gave me a clue as to the way to go. And I wrote an opera Rise for Freedom: The John P. Parker Story about an escaped slave who would live in Ohio, right across the river from the state that he escaped from, and would go back across the river to help other slaves escape. I have also written Epitaph for A Man Who Dreamed, An Ode to Reverend Martin Luther King, American Guernica: A Dedication to the 4 Little Girls who died during the 1963 Birmingham Church Bombing, and my opera Paul Robeson. I’m now working on A Knee on The Neck about George Floyd’s murder, and of course, Tulsa 1921. All of these are ultimately about the struggles and determinations of being an African-American in the United States.

Having enjoyed a long and successful career as a composer, what are some of the ways you hope to see the industry evolve moving forward?

When you mention that I have had a long and successful career, I had a little bit of a snicker, because it has been long. Success is a personal definition. I am content enough to keep doing it. And I have met all my personal goals when I was young, which was to be commissioned, to be performed, to be recorded, and to be published. Every single one of those goals has been met. I never said I was going to be famous. And I never said I was going to be loved by the critics. I just said, “I have a right to be happy, and these are the things that would make me happy.” And so I’ve written over 300 pieces. Some of them are still running around and seeking premieres and some are running around and are satisfied with having been premiered. Good things happen. And if you spend your life wishing, “Well I wish I had the same opportunity that person had, or I wish this happens,” you would go crazy and be very unhappy. So those are my goals and that’s what I’ve achieved in life.