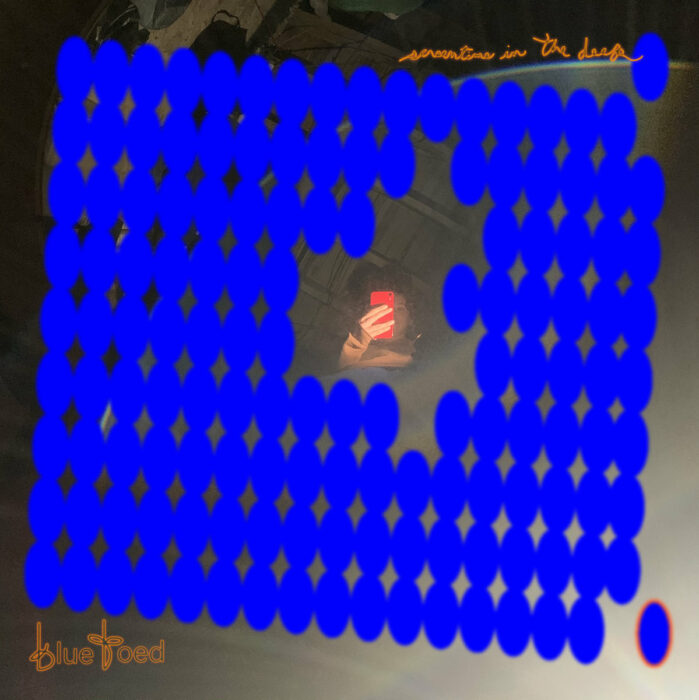 The music on Blue toed’s debut album, Screentime in the Deep, may be petite in its sonics, but the record’s verve and rhythms feel designed for an inviting dance floor. The latest endeavour from Philadelphia-based multimedia artist Nico Lepeska-True, this ten song, 25 minute collection is an exploration of trans masculinity via a forward thinking voice. “Screentime in the Deep extends conceptual and formal threads from previous visual projects and channels my love for house music, art pop/rock, r&b, and lots of contemporary projects that move freely between genres. The making of these songs coincided with a period of beginning to deeply explore my trans-ness,” Lepeska-True says of the record. Though the work grapples with identity, the tape’s repetitive, grainy sensations juxtapose personal narratives with bouncy, playful production.

Screentime in the Deep was mixed and mastered by Oakland multi instrumentalist Janak JP, who makes skittering music under the moniker Flung, and the record bears similarities to their excellent 2020 album Shaky But My Hair Is Grown. Both records came to life on laptops, but feel like the work of a live band in a proper studio. While it sounds palpably homegrown, Blue toed’s music packs a sophisticated punch. The painstaking hours that surely went into crafting this frolicking-but-introverted album shine through on nearly every track. Gossamer house music and sharpened ambient collide on the excellent cut “So Rosy.” With its lush poly pads and plucky leads, it plays like the work of Laurel Halo remixing Body Meat. On “Spotted A Deer,” arpeggiations and swelling, sample-based chords lay the framework for heavily processed, snappy percussion. The song might be compact, but Lepeska True’s ambitious, inventive electronic composition helps keep it from pigeonholing itself as predictable bedroom pop.

Many of the standout moments on Screentime in the Deep are boisterous and energetic, but reticent melancholy seeps through on a number of songs, keeping the record dynamic and reminding listeners that its themes are intimate. On “Shadow Puppets,” sparse toms and drum machine claps cast a backdrop for blossoming synths and lyrics about flowers and light. The title track that follows plays like a hypothetical collaboration between Kate NV and Mort Garson. Meanwhile, “Blank Spots’” Bat For Lashes-esque vocals and propulsive 808 groove hit the same sweet spot as OTTO’s Clam Day or Isola’s EP1. While Blue toed’s music might be geared towards DIY spaces and house venues, it touts a modern edge that wouldn’t be out of place on the bill for a festival like Primavera Sound or Basilica Soundscape.

Blue toed’s music may beg to be dropped in a low key DJ set, but Screentime in the Deep favors brevity. Most of the album’s tracks barely exceed the two minute mark, with the longest clocking in at just over four. Because of this, the record is an easy listen, a digestible debut from an artist who doesn’t waste your time, but leaves you wanting more. Fluttery, aqueous effects shroud Lepeska-True’s vocals, and most of their lyrics are obscured by audio manipulation that evokes the noise made by insects rushing in the wind. However, the bits that do shine through are poetic and diaristic. For a work that arose from something as sacred and individual as gender identity, Screentime in the Deep’s gregarious attitude makes it ready to be played at a late night kickback with old friends.