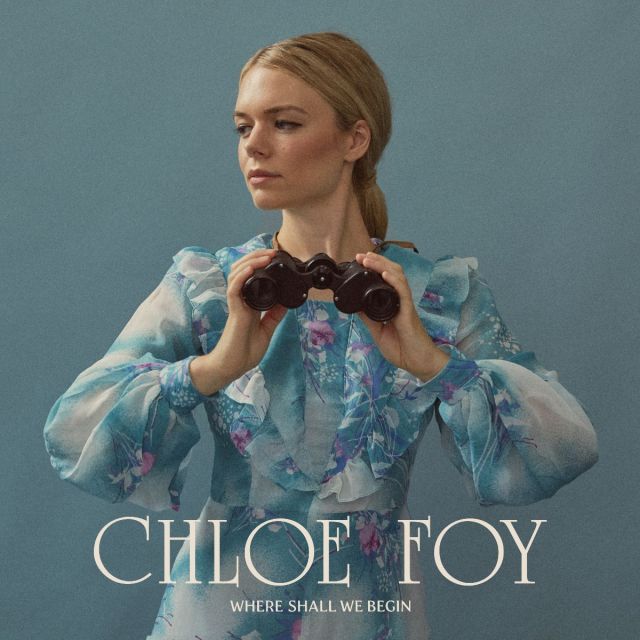 Where Shall We Begin is a melancholic, yet optimistic introspective on grief, mental health and acceptance. While Chloe Foy is by no means new to the British folk music scene, Where Shall We Begin is somewhat of our first formal introduction to her as an adult musician. Though Foy has been releasing intimate, lyric-forward folk songs on and off for the better part of 10 years, this full-length self-release manages to hit a sweet spot between folk and alt rock that many strive for, but very few find.

Where Shall We Begin commits to a full-band sound that not only imbues more emotion and life to Chloe’s lyrics and melodies, but also establishes her as an artist ready to join the ranks of her inspirations. Foy cites her biggest inspirations at the moment as Gillian Welch and Madison Cunningham, and while their influence certainly comes through in her songs, her new indie-rock sound lands her somewhere more in between The Staves and Big Thief.

“Deserve,” the second track off the album, is a bittersweet song about the complicated nature of romantic relationships. The song starts as a slow jam of a rock song, Foy singing a simple vocal melody over a beat and a strumming electric guitar. As the song moves forward, slide guitar begins to support her singing, and angelic backing vocals and harmonica enter as intensity rises. Finally synth and harmonica sounds culminate into one oddly satisfying sustained high pitched trill, that seems to capture the feeling of a relationship reaching a breaking point.

Foy explained in a livestream last Wednesday, that she played harmonica on this album as a tribute to her father who was not much of a musician, but could play the harmonica. Foy lost her father about 10 years ago to depression, and she has used writing music as an outlet for this loss. “My heart is so swollen now / blurring me sideways / follow me down,” she sings in her darkest track, “Bones.” This song is so haunting as to almost be spooky. Foy hums ominously over the thick bass of her cello, creating an atmosphere of discomfort.

“Left-Centred Weight,” the third to last song on the album, is more upbeat and hopeful. Over upbeat fingerpicking and violin, Foy pleads with her own mind. “Go easy, brain.” she instructs. “Go easy, brain,” she repeats. Please, brain, don’t go to that dark place– a request relatable and acute– this short line manages to be the hook of this entire song.

This carefully curated collection of songs shows maturity and development in most every aspect of Foy as an artist. Where Shall We Begin features Foy herself on guitar, piano, harmonium, harmonica and cello. Chloe Foy is special, she has a phenomenal album coming out, she has already begun establishing herself as a respectable musician, yet she is decidedly independent and accessible. Right now she is spending her days sending out each of her records personally, and seems to genuinely enjoy preparing this self-release for her fans. This album comes out just as the world opens up, and just as she will be able to play live shows again. Foy hits the road in October for her European tour, and this album is begging to be heard live.