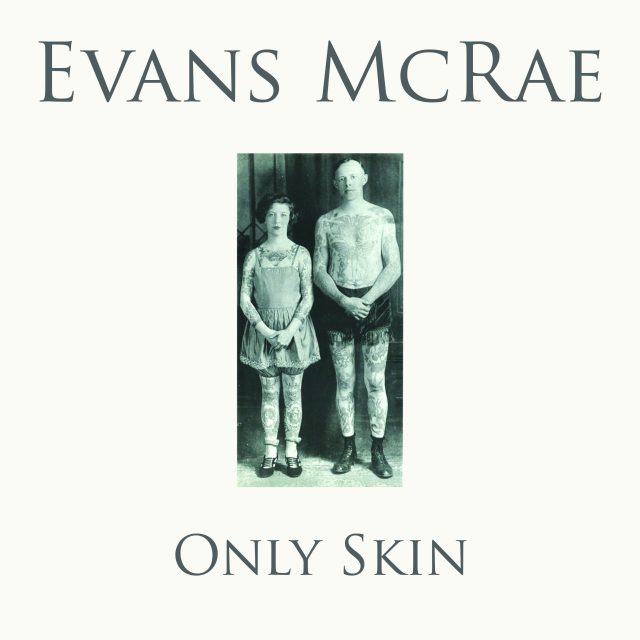 A songwriting retreat sounds like a place for new songwriters to head, in hopes of developing ideas and finding new ways of polishing songs. Not quite where you would expect to find established writers and singers Lowri Evans and Tom McRae. But that is where they met in 2016, at a retreat organised by Kathryn Williams. This placed them on a journey to initially writing together before realising they had written themselves a record which means we get to listen to a wonderful collaboration.

A friend introduced me to Tom McRae several years ago by taking me to a gig of his. I was hooked by the stories, melancholic wit, and his ability to write a catchy chorus. I’ve enjoyed many Lowri Evans records over the years, with stories of hope, love, and loss, it’s all too easy to get lost in her work and find a few hours (and several records) have passed by. Putting these two together? That was definitely something to look forward to.

Only Skin was recorded in 2019. It seems an age ago now but listening to the harmonies on the record as a whole, you would be mistaken for thinking this is a longstanding collaboration. The combination of Evans’ lyrical lilt and McRae’s often understated and yet frequently urgent vocal, produces songs which feel familiar almost immediately. Several songs are so catchy, even after one listen, I found myself humming them whilst making a cuppa. This was especially true with “Careful”, with its Stevie Nicks like vocal from Evans and a sly dig at privileged government: “An accent and a shirt don’t prove your worth, that’s luck and money.”

Lead single “Say What You Mean” gives the first taste of the harmonising between Evans and McRae, with Evans initially leading the vocal line and McRae joining in. You can hear the quiet desperation in the combined voices asking, and needing, to be loved.

Just before Christmas was the release of second single “Merry Christmas My Darling (Drink Up)”. Featuring the talents of Welsh male voice choir Ar Ôl Tri, the duo reminisces about love whilst enjoying a drink and each other’s company. “Love’s A Loaded Gun” is another conversational piece with the voices of Evans and McRae complimenting each other brilliantly whilst the instrumentation soars behind them to deliver a rich soundscape, yet never overwhelming the vocals.

With the record hopping between ballads, pop songs, and rockier numbers there is a lot to get your teeth into here. Tying it together, the voices of Evans and McRae really do stand out. The vocal performances range from quiet intimacy (“Eddie”) to room filling splendour (“Sleep With One Eye Open”). I’ll be playing this one for quite a while with hopes of a second volume in the not-too-distant future.