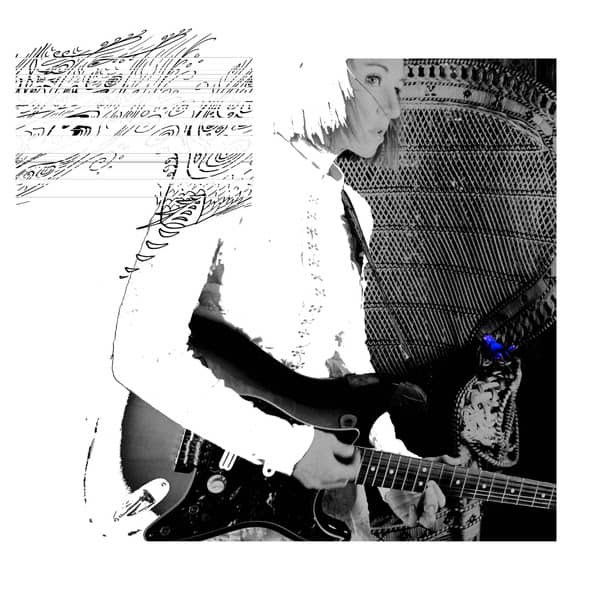 About five months ago, East of 8th added the music video for, “Into the Blue,” the title track for The Joy Formidable’s latest album, to our YouTube playlist.  A current of synth and fuzzy guitar, the band made music that inspired visions of rippling water and left this writer convinced that we should expect a heavily electro-influenced album.  Instead, we find that the lead single was merely a starting point for the genre and sound melding, Into the Blue.

The Welsh rock trio, made up of lead singer/guitarist Ritzy Brian, bassist Rhydian Dafydd, and drummer Matt Thomas have always flirted with stylistic boundaries.  Looking all the way back to their A Balloon Called Moaning days, they were never afraid to mix guitar riffs on the edge of hard rock, vocals that vacillate between dream and indie rock vibes, and the buzz of synth to tie it all together.  Into the Blue expands these varied soundscapes on a grand scale.

Opening with the title track, Bryan’s dreamy vocals and the fuzzy guitar make a song full of heavy instrumentation feel spacy and floating.  Its message of embracing a new journey and finding the way to the other side, whether intended or not, is fitting in our current world.  Then, with a blast of guitar and a heavy drumbeat, there’s a quick transition to, “Chimes.”  Its pure rock power gives off early Foo Fighters vibes and you could easily imagine hearing it echo across the stands on a stadium-sized tour.

The same rock energy races on with the album’s third track “Sevier,” a song laden with fuzzy vocals and an urgent guitar riff that pierces like a siren and sounding like it’s from a sci-fi movie soundtrack.  You’ll also find some light elements of blues in its layers of electro pop and psychedelic rock.

The aforementioned opening salvo on Into the Blue is a refreshing blast of hard-hitting alternative rock.  As the album continues, you can feel the band’s growing desire to push boundaries. The more you listen to “Bring It to the Front,” the more you’ll appreciate its complexity.  The song has an undercurrent of guitar and drums that help make the interplay between Bryan’s haunting vocals and the ripples of electric guitar solos more dramatic. “Back To Nothing” features brighter synth effects and Bryan’s layered vocals that give it a slight choral sound.  Meanwhile, “Somewhere New” is the surprise track of the album that you never saw coming.  A folk serenade added to a rock album brings back memories of hidden songs at the end of CDs, before digital album track playlists ruined such surprises.

Into the Blue has enough rock magic to ensnare old-school alternative lovers and couples it with just the right amount of synth wonder to feel explorative. It’s an album you can just enjoy and rock out to and allows you to appreciate The Joy Formidable’s creative vision.

Connect with The Joy Formidable:

Catch The Joy Formidable on Tour: