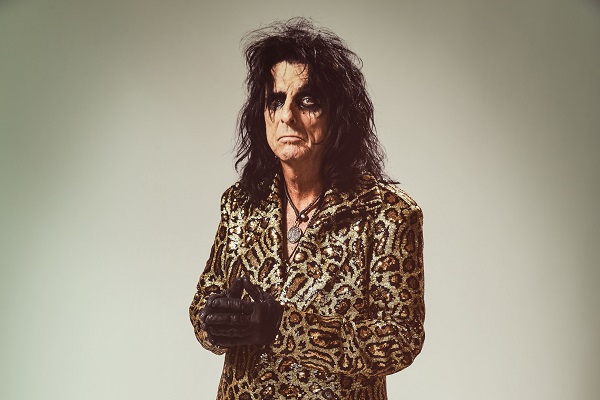 Alice Cooper has been tapped to stand as one of the grand marshals for the 2021 Fiesta Bowl Parade. Cooper will appear alongside the nine founders of the NCAA’s Fiesta Bowl football game, which turns 50 this year. The game is set for Saturday, Dec. 18, in the Coop’s hometown of Phoenix, Arizona.

“It will be an honor to serve as Grand Marshal for this year’s Desert Financial Fiesta Bowl Parade presented by Lerner & Rowe. Riding on a float doesn’t sound like a hard job and I can’t wait to do so in my hometown,” Cooper said in a statement. “I appreciate the generosity of Fiesta Bowl Charities in helping Phoenix-area teenagers. It’s great when I see other organizations supporting similar organizations like our Solid Rock Teen Center to get the job done for members of our community.”

“We are celebrating and honoring our 50 years of community impact and who better to lead the way than Arizona icon Alice Cooper and our legendary Fiesta Bowl Founders, without whom we wouldn’t be here today,” added Mike Nealy, Fiesta Bowl Executive Director. “With the Desert Financial Fiesta Bowl Parade presented by Lerner & Rowe being earlier this year, we get to celebrate and connect with our community like never before.”

In addition to living life as a rock star, Cooper is also the founder of Alice Cooper’s Solid Rock, a faith-based organization that offers a creative sanctuary for teenagers in Phoenix.

The Fiesta Bowl Parade will roll through downtown Phoenix with life-sized balloons, floats, marching bands, antique cars, local celebrities and more. The event is free to the public. Premium and reserved seat tickets run $30 via FiestaBowl.org/parade. For those who want to watch the festivities from home, the parade will be broadcast live on Arizona’s Family 3TV channel and via the AZFamily app.