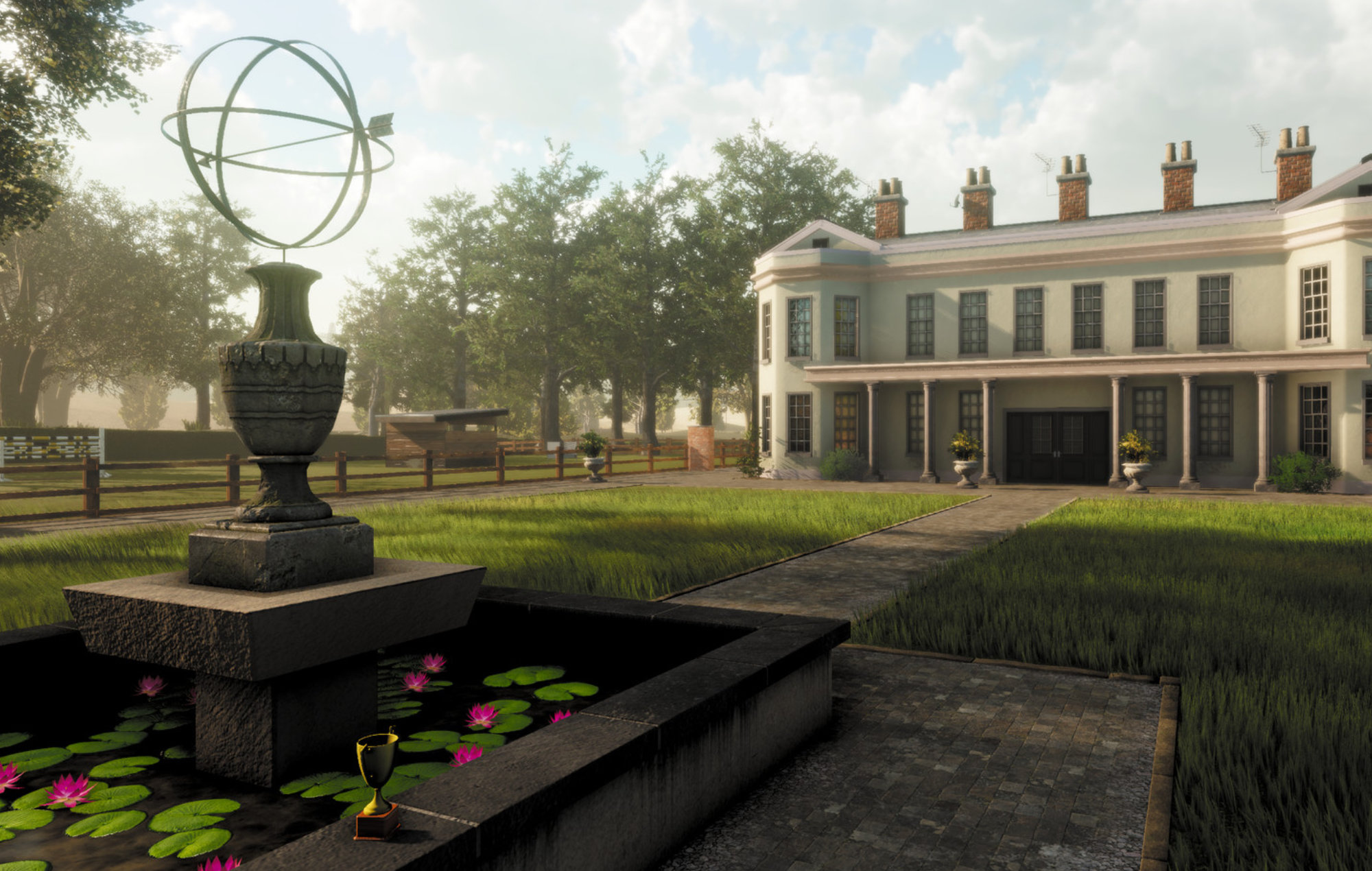 I, like many others, am sitting in a room that would probably benefit from a good hoover. I am similarly too engrossed in a video game in which I painstakingly clean a house to translate my efforts into the real world. It’s time to talk about simulator games, if anything, to buy me more time before I actually have to clean.

We’ve now moved into a time when pilots are using Microsoft Flight Simulator, and the military using video games to train recruits – but what is it about these hyper-realistic simulation games that keeps us ordinary folk coming back for more?

For a start, the simulator game gets us early. How many Cooking Mamas, My Virtual Horse, and Football Managers does it take to raise an unproductive child? But there is something in our nature that gravitates toward the neat, the tidy, and the organised. From stacking blocks, to ASMR videos, there is a deep need to be satisfied by things clicking together and feeling “right”.

One of the newest simulator games on the scene is Lawn Mowing Simulator, a game whose simple name belies the pleasure and addictiveness within. I spoke to the development team at Skyhook Games – David Harper, Rick Payne, and Michael Davies – in the hopes of understanding a little more of why we can’t get enough of the virtual world and its many chores.

“People like tidying up,” said Harper, Lawn Mowing Simulator’s director, “They might not admit to it, but in these games you come into something where the world is in chaos and you organise it, and that appeals to a lot of people.”

The team is proud of their game. They’re proud that it’s set in England, homely and gentle rather than some jet-setting backdrop. They’re proud of the detail their partnerships with lawn mower manufacturers has afforded them. “There’s this feeling sometimes, whether it be in games or TV or films, that setting something further away makes it more appealing.

We feel that the English countryside has a great landscape to be doing this in. We also know it better than anywhere else, so it’s easier to get details right.”

Were they, I asked, particular fans of the lawn mower before the game materialised? It appears not, although the passion in their voices gives away the growing love each of them has for the machines. I mentioned I had seen a lawn mower museum when I was younger, in the hopes it might buy me some cred. They had already heard of it.

“I don’t think any of us had really done much in this world before embarking on Lawn Mowing Simulator, but it really draws you in,” explained the game’s producer, Davies.

“We’ve had driving days as a team – through our relationship with the three companies in the game – where they’ve bought their machines to tester fields, told us how to drive them, and just let us experience them.”

He went on to describe the experience as “exhilarating”, explaining all the smaller details you have to keep on top of and how easily this could be gamified.

“Once you’ve experienced it, driving these big machines up and down, it’s a fun, challenging, engrossing thing to do.” Harper added, “We are all definitely now big fans of lawn mowers”.

When asked how the idea for the game came about, he replied that the initial focus was on the full role of a landscaping company, but that they found the core element was enough to offer a real challenge.

I asked if they might consider another game (with the name “Strimulator”), but the team say their sights are firmly focussed on Lawn Mowing Simulator and its progression. “Hopefully, though nothing is yet confirmed, we have a roadmap of things we want to include that better reflect a day in the life of a landscaping person.”

“This is not just a game we put out and forget about. We have a lot more ideas”

“We wanted to do one thing as well as possible,” added Payne, the lead designer of Lawn Mowing Simulator, “instead of lots of things just up to par. And then we can add those bits afterward, also up to that quality level”. When discussing this, it was clear the team felt that the game had to truly represent the challenges and close details of wrangling one of these powerful machines.

The real question then is, how do you translate that feeling into a virtual space? “It always boils down to what does the user want,” Davies replied, “you can get to the correct answer by putting yourself in the players’ position. If I were playing this game, what would I want to see?”

“We have a career mode, where you start with quite a simple low-powered machine, but if you do a good job you learn in-game currency and experience, which means you can open more challenging contracts and buy bigger machines”. He went on to explain how the game has a little bit for every type of gamer.

“You can min-max as fast as you can and try and get things done perfectly, or you can take your time and chill out in there a little bit.”

I don’t have a garden, so the game may have passed me by as something I just wouldn’t think about – but after hearing the joy it has bought the dev team and seeing for myself the calming surroundings, I’d be lying if I said it wasn’t going on my wishlist.

“We tried to capture a chocolate-box image of the UK. We’ve got thatched cottages, rolling fields, just to try and make a very serene, beautiful background for people to enjoy”.

The team have made an “idealised version” of the career itself, but they say many of their testers, fans, and members of their very dedicated Discord server are professional gardeners. “There’s a high proportion of people in our Discord working in the lawn care industry, doing this 9-10 hours a day then coming home to play the demo. We’ve got an ‘In Real Life’ section on the Discord where people post their own gardens but also their work in this industry.”

On one hand, it is EXTREMELY about lawn mowers, but on the other hand, barely at all. In the same way playing FIFA is a bit of a departure from getting on a field and kicking a ball, this game allows a wide spectrum of enjoyment. Both specific fans of grass-based recreation (no, not like that) and those of us just looking for a satisfying, calming, challenging game are catered for.

The team talked about how they initially had a timer that counted down while you undertook tasks, but that they eventually removed this as they felt it was “wrong” for the game. “We wanted it to be relaxing,” they said, and relaxing it certainly is.

And perhaps this plays a part in why, lately – I’m not going to say “unprecedented times” but you all know what I’m referring to – the pull of simulator games is on the rise. The appeal of somewhere outside of your own home to sit, to work, to achieve things. Rather than picking up the same strewn toys and clothes every day in your own lockdown abode, these games give the player the opportunity to live outside themselves but still feel a sense of “achievement”.

“It’s a nice bit of escapism, to get out in the countryside when you might be stuck in a house that doesn’t have a garden or outside space. It’s nice to engage with a nice peaceful, zen-like, but challenging experience that gets you out of your everyday”.

“A lot of people have told me they use simulation games as a sort of meditation. It focuses their brain, they have to focus so much on the gameplay that it can take them out of their daily worries or the stuff that’s happened at work that they hated…”

“I can only imagine that has become more important over this time when they’ve not been able to get out and socialise.”

Ultimately, it seems, it comes down to something we all share, and have all had wrested from us lately: control. The comfort and the distraction are welcome asides, but to be in a space in which you feel in control gives a sense of pure satisfaction.

“They can be in a world that they control,” mused David Harper as a final point, when exploring the idea of these simulations in lockdown. “I think that’s the big thing about sim games – sim games are fair and they’re in a world that you control. If you do something right – you’re rewarded for it.”

“If you do good, you get rewarded, and people might not feel that way in the real world”, which is certainly true, but I should probably tackle that hoovering anyway.