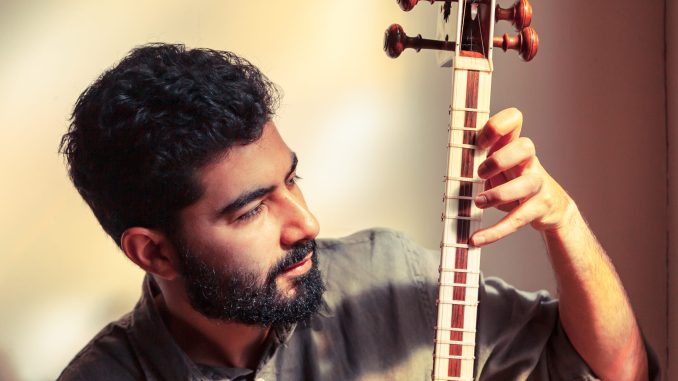 APRA AMCOS and the Australian Music Centre announce the finalists for the 2021 Art Music Awards, to be held on Tuesday 17 August in Melbourne. Finalists include Holly Harrison, Yitzhak Yedid, Cathy Milliken, Ed Kuepper and many more.

The awards celebrate a diverse range of individuals, organisations and some of Australia’s finest composers and performers in contemporary classical, jazz and experimental music and sound art, recognised for excellence in their field.

The quantity, quality and variety of projects and works included makes a powerful statement about the talent, creative drive and resilience demonstrated by art music practitioners everywhere during a year of cancellations and hardships.

The finalists for the Work of the Year – Large Ensemble are a case in point. Holly Harrison’s work Splinter for wind band was premiered by the San Jose State University via a recording after COVID-19 forced the cancellation of physical performances. Yitzhak Yedid’s Kadosh Kadosh and Cursed was part of a live-streamed presentation of the Azrieli Music Prize Gala Concert by the world-famous Le Nouvel Ensemble Moderne (NEM) from Canada. Cyrus Meurant’s When I stand before thee at the day’s end premiered as part of Canberra Symphony’s Australian Series a day before Australia went into lockdown for the first time, and Piece 43 For Now by Cathy Milliken was composed during the lockdown period, inspired by the turmoil of the year’s events, and premiered in a recorded format by Germany’s SWR Symphony Orchestra.

Female composers dominate the Work of the Year – Choral category. Beannaicht An Long (Blest be the Boat) by Clare Maclean incorporates the medieval hymn Ave Maris Stella and two Gaelic prayers for safety at sea; while Lisa Young’s Sacred Stepping Stones was composed for 320 singers at the Festival of Summer Voices, Gondwana National Choral School. Alice Chance and Amanda Cole are nominated for works recorded remotely during the 2020 lockdown; Until We Gather Again and Singing in Tune with Nature.

The Work of the Year – Jazz shortlist features Asteroid Ekosystem composed by the Alister Spence Trio with Ed Kuepper. The rest of the list is comprised of Loretta Palmeiro & Mark Isaacs’ collaboration All Who Travel With Us; Living, composed by Paul Cutlan and included on the album by Paul Cutlan’s String Project; and Vanessa Perica’s Spaccanapoli, a homage to the historic street in Naples.

Finalists for Work of the Year – Chamber Music are Anne Cawrse’s A Room of Her Own for string quartet; Kate Neal and Grischa Lichtenberger’s evocative Canyon 1205, originally written as part of a stage show, and rewritten for solo cellist Blair Harris; Gordon Kerry’s Clarinet Quintet, performed by Omega Ensemble; and Hidden Thoughts II: Return to Sender by Katy Abbott, based on letters sent by Australians to asylum seekers in detention.

Finalists for the Award for Excellence in Music Education highlight the new ways of teaching and connecting with the next generation of music creators in times of change. The shortlist consists of Australian Art Orchestra for Creative Music Intensive 2020; Moorambilla Voices for Moorambilla Magic Modules; Musica Viva for Musica Viva in Schools Online, and Speak Percussion for Sounds Unheard Education Program.

Rounding out the finalists for 2021 are those shortlisted for the Award for Excellence in Experimental Music. Decibel New Music Ensemble commissioned 21 two-minute works for their 2 Minutes from Home project, performed by the ensemble playing their parts in their respective homes. Also on the list is HiberNATION an online, live-streaming festival of experimental projects by artists at home or in unusual performance spaces. Keyna Wilkins is recognised for her activities in 2020 including recording three albums, developing performance projects and composing didjeridu concerto Celestial Emu. Listening in the Wild is a sound art project by Leah Barclay, Lyndon Davis and Tricia King that blends artist voices, science and technology.

Despite the challenges affecting the music industry everywhere in 2021, only one Art Music Award category has been deferred due to not attracting enough entries. We’re looking forward to celebrating the Art Music Award for Excellence in a Regional Area again in 2022.

The 2021 Art Music Awards ceremony on Tuesday 17 August will also include Luminary Awards, recognising sustained contributions by individuals and organisations. There are no finalists in these categories. The Richard Gill Award for Distinguished Services to Australian Music, as determined by the APRA Board of Directors, will also be announced.

Work of the Year- Dramatic

Work of the Year – Jazz

Work of the Year – Large Ensemble

Work of the Year- Chamber Music

Work of the Year- Electroacoustic/Sound Art

Performance of the Year – Jazz/Improvised Music

Performance of the Year – Notated Composition

Award for Excellence in Music Education

Award for Excellence in Experimental Music