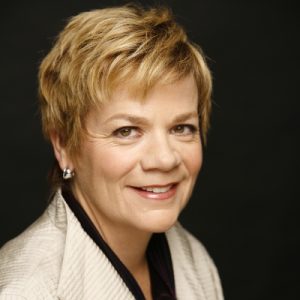 The Handel and Haydn Society will bring live performances back in its new season, which in part recognizes the conclusion of Artistic Director Harry Christophers’s 13-year run. The 207th season will feature eight signature programs at Symphony Hall and H+H’s first ever performance at Carnegie Hall.

But before all that begins, and in order to do something right away to meet the pent-up demand of people bound and determined to get out and experience live concerts while they can, the H + H will be offering a free Esplanade performance of Beethoven’s Ninth Symphony on August 27th under Marin Alsop. Interestingly, Schiller’s ode “To Joy” will get a break. “Oh friends, not these tones” will take on an added meaning in new texts from the past US Poet Laureate.

BMInt invited  H+H President and CEO David Snead to engage in a discussion.

FLE: Tell us about the “joy” that the concert as a whole, and the last movement in particular, celebrate.

DS: Absolutely. We’re celebrating the joy of getting back to live performance in Boston.

Tracy K. Smith’s new poetry for the last movement, which receives its U.S. premiere, will be replacing Schiller’s celebration of joy and brotherhood in his ode “An die Freude.” Smith interestingly gives sisters equal time; “Joy, bright God-spark born of Ever Daughter of fresh paradise.” Read the complete text HERE

Her poem meditates on the meaning of joy at this at this moment. She wrote it pre-pandemic, I believe, thus it was not specifically about that, but it’s about joy of life from many different dimensions.

The Handel and Haydn orchestra and chorus will expand to 110 singers and players plus four dramatic soloists. Large video screen and a great sound system will allow a large to be immersed in the event

It’s about being open and welcoming the whole city; we really are trying to appeal to everyone who loves music. And we’re trying to present a concert everyone will connect with.

As Marin said, “‘Ode to Joy’ is about standing up and being counted in this world. It’s about believing our power as human beings. Everyone will be tied together by this experience. I think that’s the important element – that through this project, we will bring diverse communities together.” I think that pretty much sums it up.

Are you doing any broader marketing than you normally do for your subscription season?

We are doing an enormous amount of advertising and promotion. We have sponsorships with GBH and the Globe and we are doing television and radio and social media, including commercial radio, which we normally don’t do.

So it’s definitely a much broader PR plan than for a regular subscription concert. Instead of just trying to appeal to people who attend Baroque music concerts, we’re reaching out to the entire city.

Will Alsop’s interpretation of the Beethoven’s 9th be HIP?

She often conducts the Orchestra of the Age of Enlightenment, which is a period instrument crew. So she does have a period instrument experience, and she’s done this work quite a bit. I can’t speak to her interpretive approach for our Hatch Shell concert. An interesting side note to this project is that, for many reasons including all the issues with visas at the moment, we decided early on to focus on American guest artists, thus Marin and all of our soloists.

But Harry Christophers will cross the pond in the regular season.

And is the search for his replacement advancing or is it on hold?

It was definitely paused for the past year, but it is picking up this season.

Are you going to have candidates conducting this year?

That’s takes the pressure off, but I’m sure that they are all wondering if they pass muster.

Producing last year’s Messiah in the GBH studios, and underscoring it with Covid-19-inspired videos, felt like an act of bravery. Will you be doing Messiah at Symphony Hall this year with any contemporary visual illustration?

The live Symphony Hall concerts will be as per usual, with Harry and the ensemble and soloists and the music. We have a group of volunteers who are working on a visual idea, and depending on how that work proceeds we may release it online.

But if you do a visualized version again and I don’t mean streaming, I mean with some sort of a visual point of view, is it going to be totally different than the GBH collaboration?

No, we’re not doing another GBH-like video; we think that project was of a certain time and place. Keep in mind that came together extremely quickly and. there were a number of things that happened along the way. One of the big ones was that the videographer chosen to shoot the accompanying videos got Covid. So at the last minute they brought in someone else. There just wasn’t a lot of time do much more than we were able to do.

There was some. And that’s just the reality of trying to do something in this new environment, when the planning horizon is so much shorter than in the past. So I’m very proud of it, but if we’d had a couple more months, it might have been even better.

We achieved the overall objective, which was to get the music in front of a much larger audience. We reached a total viewership of 150,000, versus the 7,500 that come to the concerts at Symphony Hall. I’m happy with the GBH collaboration last year, but people can debate the visuals for sure.

It was indeed a brave attempt to maintain normalcy and nearly everybody who saw it was glad that you did it. Nevertheless, it’s our role to say, what we think.

Aside from the fact that NEC’s Jordan Hall wasn’t available when you had to set dates, it looks like a normal Symphony Hall season for H + H.

Unfortunately, though, the vocal programs we wanted to do at NEC are not possible at the moment.

So does that mean that your season is a bit shorter?

We’ve announced eight weeks instead of nine and the reason for that we don’t yet have a venue for the piece we want to do as the ninth week. It is a vocal work and it’s something we also want to be able to do out of town. Once we have a location in Boston where we can perform it, we’re going to make the announcement, and we’ll hopefully also announce the tour dates. With that, we would be projecting our usual 9-week season.

Do your prophets have any idea of how many people are going to show up at Symphony Hall? Apparently, the Hall’s is going to allow full attendance.

Our sales are going well above the normal pace, so there’s been no indication in terms of sales of people’s reluctance to come to the concerts, but these things evolve.

Obviously, we’re going to manage our way through whatever protocols Symphony Hall creates, Right now, though, we’re going to go with whatever Federal, state, and local health authorities, and the venues, decide.

If you have to cut the capacity in half for some reason, how will you ration the tickets?

At this point we’ve sold less than half of the total capacity for the SH events. The Bach Christmas programs in St. Cecilia Parish and First Church, Cambridge have already sold out, so we’re adding a third performance. Overall, we still have plenty of capacity. If we need to move people around, we can do that.

I note that your subscription season opens on October 8th with Vivaldi’s Four Seasons. How many times has H + H and offered it?

We have not performed it in my time here.

Well, I find that H+ H has done movements from there a couple of times in the past decade but not the complete and unexpurgated version. Maybe I’m thinking of other organizations. I find 10 Boston-area BMInt reviews for the complete work since 2010.

It’s perhaps more interesting that out of the 19 works planned for next season, six will be new to the company:

In addition to the concert on August 27th, the Handel and Haydn Society’s 2021–22 Season Performances will include: