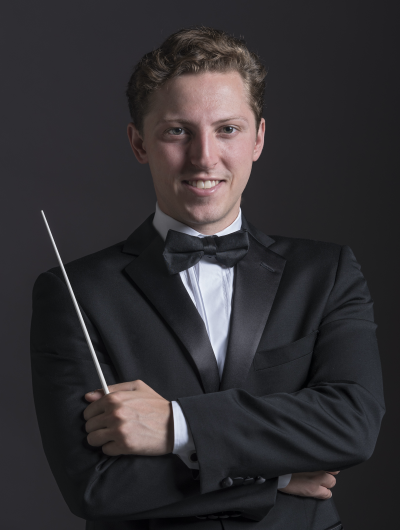 A pick-up orchestra playing the Eroica in an open country field? As I wended my way somewhat apprehensively on September 19th to Carlisle’s Great Brook Farm State Park, a rather out-of-the way place, I wondered why the musicians associated with such an endeavor would have had the hubris to take it on. However, a friend of mine playing in the orchestra told me that I was in for a surprise. And he was right. First of all — and contrary to my hyperbolic reference to “pick-up” — the Apollo Ensemble of Boston is a free-lance orchestra made up partly of professionals, and partly of non-professionals with considerable musical experience. Moreover, the “open field,” actually a gentle hillock serving as an amphitheater for the audience who looked down upon an improvised stage that covered the musicians, contained and projected at least some of the sound. Still, while the sound didn’t float away into the blue yonder, it also did not particularly resonate. But what it lacked in resonance it made up for clarity. And clarity turned out to be to the orchestra’s advantage, for where clarity would normally show up every imperfection, in this case, of imperfections we heard hardly a trace.

The overture to Beethoven’s early ballet, Prometheus (1801) preceded the Eroica; and the musicians’ crisp, no-nonsense rendering of that score gave the first indication that they might really be up to the challenges of the monument to follow. We were less prepared, however, for the breakneck speed with which the Symphony opened, though it must be said that the music never felt as though it would go off the rails. On the repeat of the exposition, the conductor did bring down the tempo just a notch, with the first movement then proceeding in total coherence. The impeccable phrasing particularly appealed about this interpretation, resulting in effects of weightiness without heaviness and buoyancy without loss of energy. This remained true of the symphony as a whole, though as with any lengthy effort, among the fine moments come the truly unforgettable ones. For me the high point of the concert was the second movement, the Funeral March. In all the times I’ve heard the piece, I’d never before been so struck by Beethoven’s melodic ingenuity, which seems to know no bounds as he moves from one state of being to another —  from grand ceremony to intimacy, to sorrow and pity. The orchestra, deeply in sympathy with Beethoven’s inspiration, followed each change so naturally and unpretentiously. It was extremely affecting.

The Funeral March may have been the high point, but the third and fourth movements hardly resorted to a retreat. The third movement represented the hunt in appropriately rollicking fashion, though the horns of the trio section from time to time went just a touch off; yet what could be more authentic when one thinks that valveless horns of a real hunting party? Also — and perhaps it was the illusion of the natural setting in which we found ourselves — the horns seemed to be sounding from a distance. For its part, the Finale paced well as it went through its multiple changes, and the energy never flagged. If I were to have any question as to how Miller rendered a specific portion of the movement it would be with the Adagio variation. Many commentators have noted that the Adagio prefigures the setting of Schiller’s ode: “To Joy” in the Ninth Symphony by 20 years. That seems to be right. Beginning as a meditation, the section grows in anticipation of the moment when it will arrive at the full tutti statement of the theme. At that moment the “Alle Menschen” of the Ninth Symphony unite to proudly express their joy; the Apollos did full justice to that moment, “singing” out splendidly. Most music-lovers would say that this is the climax of the movement, indeed of the entire symphony. But some of us would claim that whereas this may be the musical climax, the spiritual climax has come just before. It is critically important to remember what significance the label “Eroica” (and which, after all, he deliberately attached to his work) had for Beethoven, the child of the Enlightenment, and the supreme exponent in music of the Enlightenment spirit. Thus, this middle portion of the Adagio — this action which grows slowly and steadily upwards — eventually arrives at the “Alle Menschen” tutti; but before that, it has its own apogee, which marks the appearance of the enlightened hero as he embraces all his brothers and sisters as equals. That is the rationale for their joy; without his embrace, they are not recognized.

The performance could have made more of this passage: the motion upwards seemed too breathless; the apogee had not enough breadth. But probably that was too much to ask of the musicians, given the acoustical situation. If they had tried for some broadening of the tempo while respecting the delicacy of the writing, the passage may just have fallen apart. At any rate, this is a quibble among countless numbers of beautifully realized details. One could tell from the body language of the musicians how committed they were both to the music and to the gifted conductor, Elias Miller; he knew exactly what he wanted and how to convey it to his “troops.” As for the audience, the proof of their absorption in the music came not their whoops and hollers at the end but rather, their absolute silence while it transpired. Even the several babies in the crowd kept silent (or slept?). If this single performance indicates its level of achievement, then the Apollo Ensemble of Boston deserves our enthusiastic support. We look forward to many more encounters. And for those who missed the event, it is available HERE on YouTube. In fact, the recorded stream sounds warmer and more direct than what we heard “en plein air.”

Retired professor, pianist and author Laurence Berman studied harmony, counterpoint and composition with Nadia Boulanger, and then returned to Harvard to earn a PhD in musicology in 1965. He has written a number of articles and books.