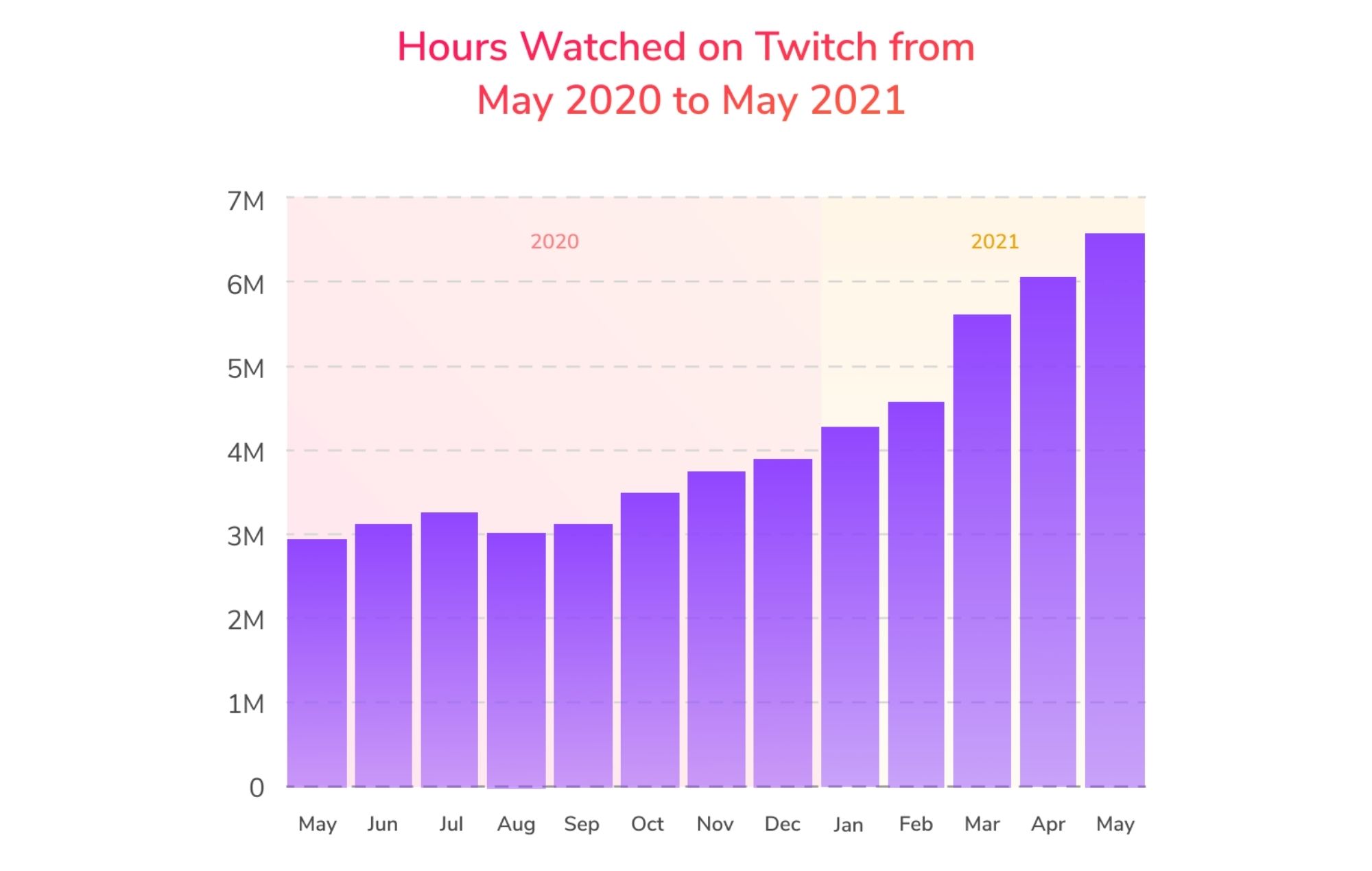 According to Rainmaker.gg the growth of people watching ASMR on Twitch has been huge from 2020 to 2021.

Rainmaker.gg’s data also claims that between May and June this year, hours of ASMR watched per day has increased by 38%, from 212,000 to 292,000. This comes alongside the bar chart below, which shows that ASMR viewership has more than doubled month-to-month in the last year.

Doron Nir, the co-founder of StreamElements, analytics partner to Rainmaker.gg, said: “The ASMR category was introduced on Twitch in 2018 and has continued to grow consistently month-over-month with a recent peak in May of 6.6M hours watched.”

“Although ASMR has recently made headlines while being compared to the hot tub trend, the numbers show it has had momentum for a long stretch. Also, because it was already an established category, it should be easy to enable advertisers to opt-out of it.”

According to the data, Amouranth was the most popular streamer in May of this year with close to 700,000 hours watched, followed by imviolet_ with around 300,000.

In other news, Xbox boss Phil Spencer has said that Fable fans should take confidence in the work Playground Games are doing for Forza Horizon 5.

Spencer told Dropped Frames: “The only thing I can really say about Fable is, seeing the pedigree of the team and Playground, and where they set the bar for themselves in building a game—I think that showed with the Forza Horizon 5 preview that they had—I think people should just take confidence in that.”