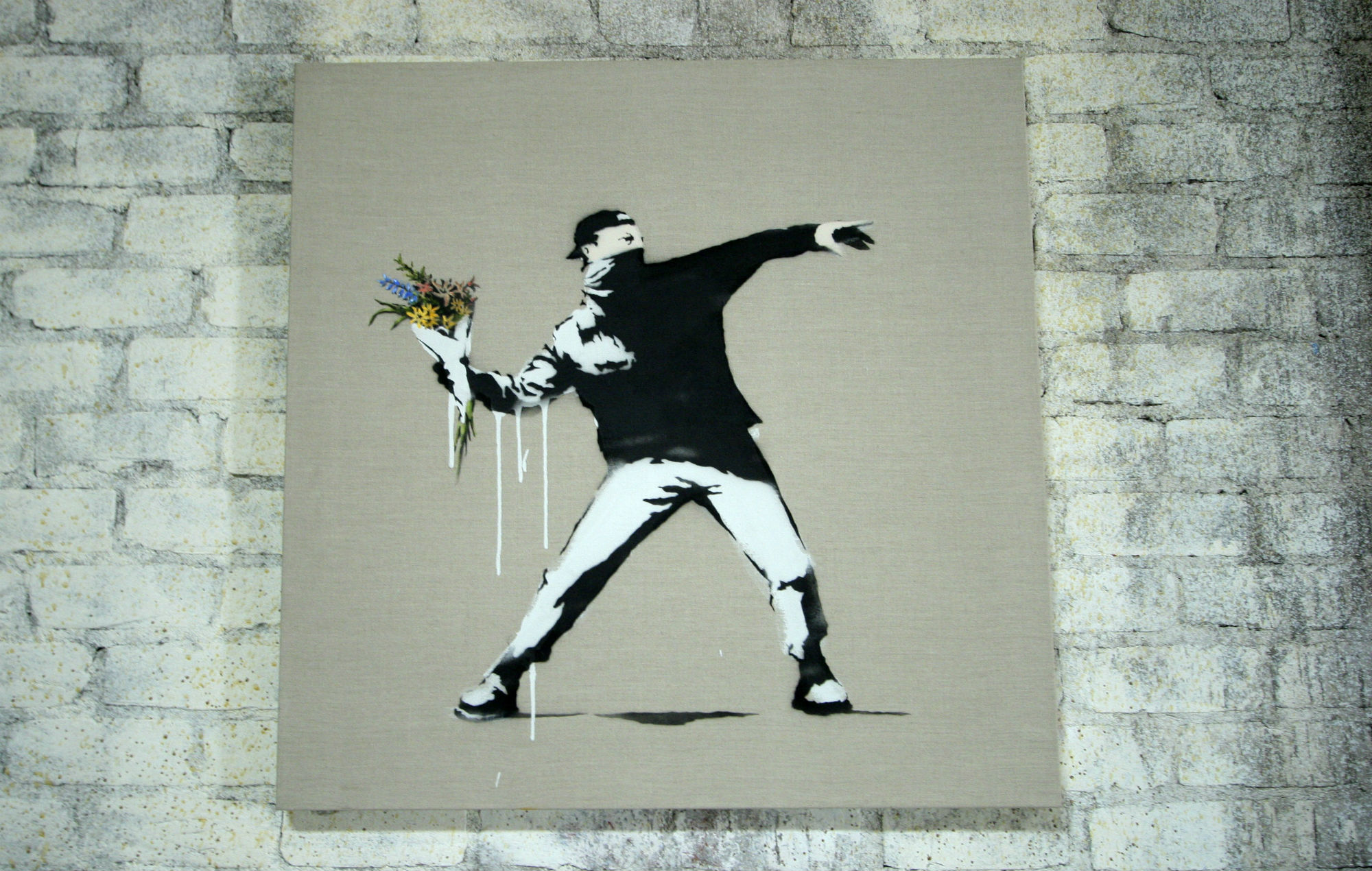 Banksy has lost the trademarks to two more of his iconic works.

Last year, the anonymous Bristol-based artist lost a legal battle over his famous Flower Thrower artwork, which shows a masked protester throwing a bouquet of flowers and first appeared on a wall in Jerusalem in 2005.

The work was subsequently adopted by the UK card company Full Colour Black, which has used the artwork on their products. Banksy lost the legal battle after he refused to reveal his identity to the judge in the case.

Now, two more of the artist’s famous pieces – Radar Rat and Girl with Umbrella – have had their trademarks cancelled after a further plea from Full Colour Black.

As The Telegraph reports, Banksy was found to be filing trademarks for the pieces in “bad faith” as he didn’t intend to make commercial gain from them.

The judging panel said of the situation: “As Banksy has chosen to be anonymous and cannot be identified this would hinder him from being able to protect this piece of art under copyright laws without identifying himself, while identifying himself would take away from the secretive persona which propels his fame and success.

“Banksy permitted parties to disseminate his work and even provided high-resolution versions of his work on his website and invited the public to download them and produce their own items.”

A statement from Banksy’s representatives, Pest Control Office Ltd, commented on the situation, saying: “Print them out in a colour that matches your curtains, make a card for your gran, submit them as your own homework, whatever.

“Please do not use Banksy’s images for any commercial purpose, including launching a range of merchandise or tricking people into thinking something is made or endorsed by the artist when it isn’t… saying Banksy wrote copyright is for losers in his book doesn’t give you free rein to misrepresent the artist and commit fraud. We checked.”

Elsewhere, Banksy has raised a staggering £14.4 million for the NHS after a painting he created last year to celebrate the health workers of the UK sold for a record fee.

Game Changer, which first appeared at Southampton General Hospital in May 2020, sold for the huge sum at Christies Auction House in March.