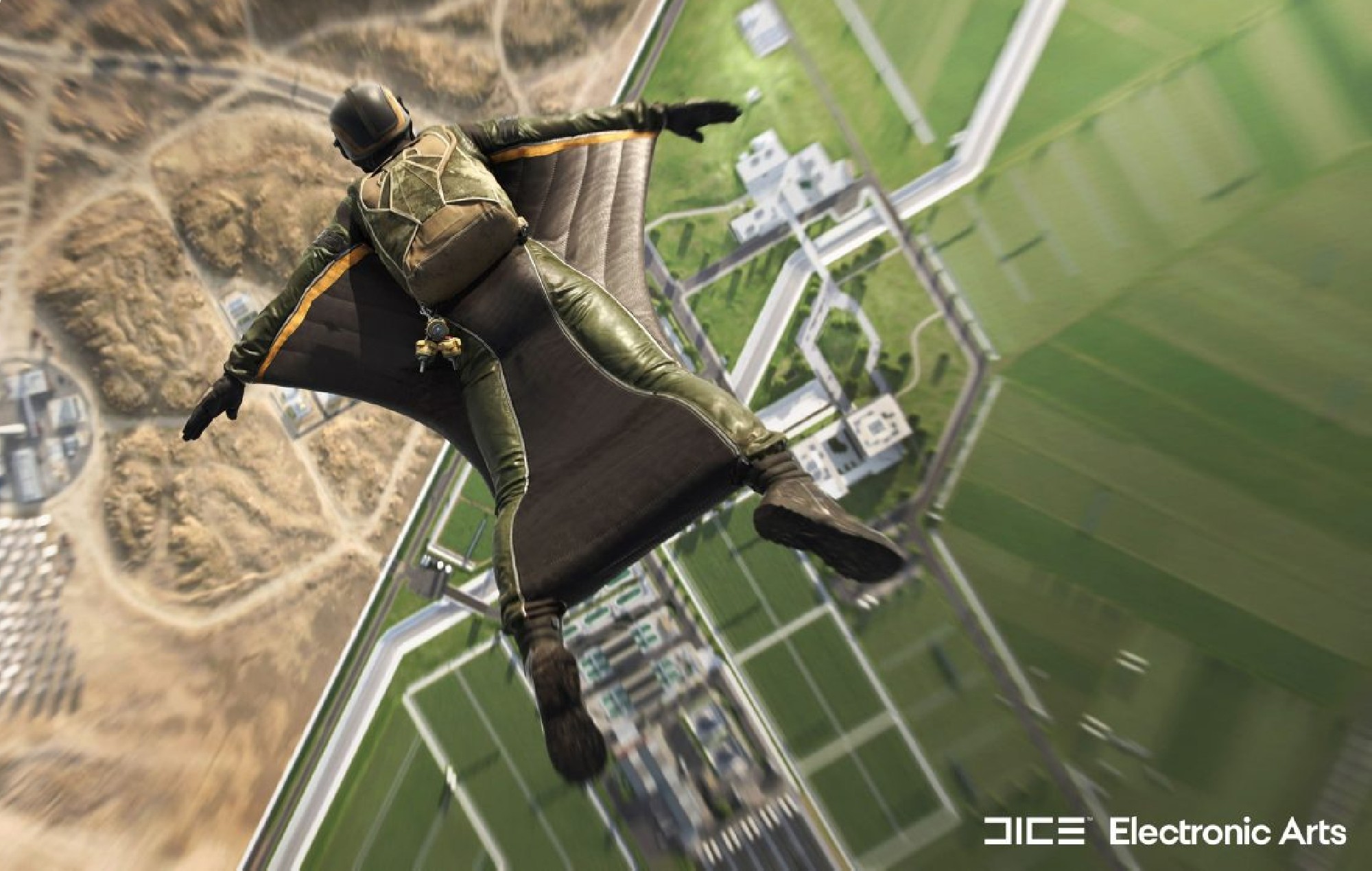 EA has confirmed that Battlefield 2042’s wingsuit can be used with the tornado to fling yourself across the map.

During today’s EA Play Live 2021 Spotlight event, EA DICE manager Oskar Gabrielson revealed that the tornados aren’t just devastating – they can be used to your advantage.

“We added a lot of really cool gear to the game – things like grappling hooks and wingsuits,” he explained.

“And then for some really cool reason, we said: ‘What about a real-time tornado?’ Real-time tornados are cool, right? What about adding one of those to Battlefield?’ And then what happens if you take that and combine it with a wingsuit, so you can kind of propel yourself to the other side of the map?”

Using a tornado to reposition an entire squad certainly creates some interesting possibilities. But that’s not the only way the weather can help push your team to victory.

“These tornados can kind of help in a grand way when you play,” he continued.

“There’s been more than a few playtests in which you’re in this really intense situation where you’re honestly pretty screwed, and a lovely tornado shows up and just sweeps all the enemies from in front of you and you’re like: ‘Hey, that worked. High five mister tornado!’”

“I think those kinds of really big evolution moments which we’re introducing as part of Battlefield 2042 is what makes the game special.”

Battlefield 2042 is introducing a number of extreme weather conditions – including sand storms and arctic tundra.

And it sounds as though they’re going to offer hugely different ways to play.

“You need to play on your toes every single second,” said Gabrielson. “Because you never know what mother nature throws at you.”