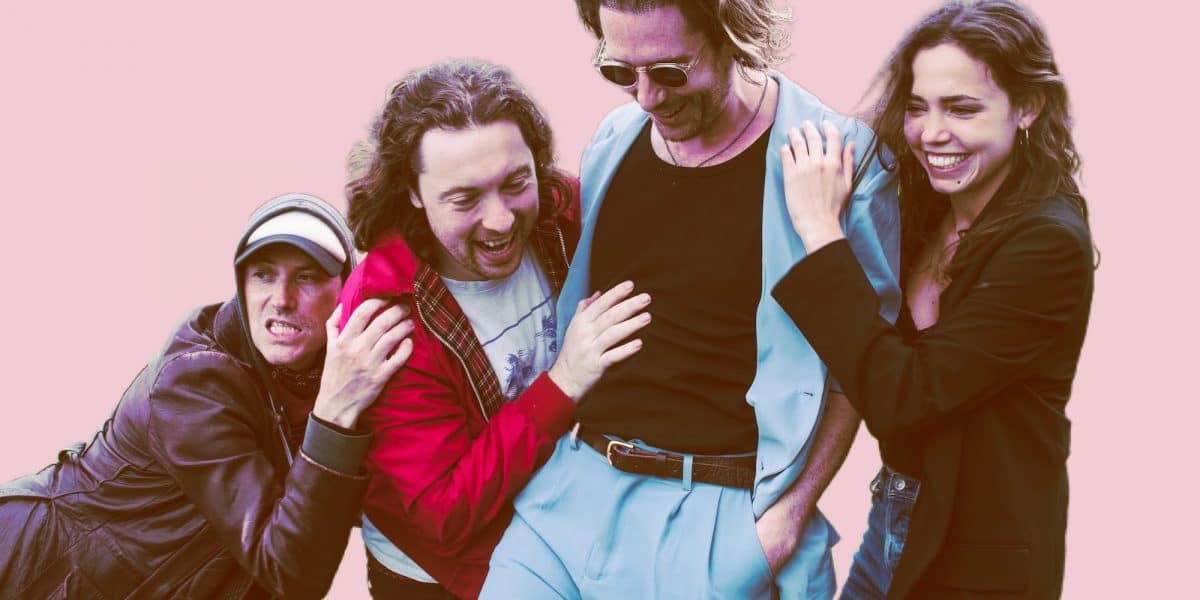 A number of songs from Beach Riot’s explosive debut Subatomic Party Cool have existed for several years. The London band’s self-titled EP, released in 2018, posed with potential; an indie cool hedonism sweet on making noise, laced up with similarly affianced move sets, out to make an impact one way or another. These songs were destined to stick around.

Rewind that bit further and the charming story of the band completing its formation is up for documentation, certifying the survival of these oldish songs through friendship. Singer/guitarist Cami would receive a Facebook message from existing singer/guitarist Rory, inviting her to join Beach Riot effectively in the form of a friend request, leading to her relocating from Argentina.

Alongside bassist Jim and drummer Jonny, the incumbent attitude of this formation is well-versed, well-connected and yes, well-travelled. The objective of this friendly union exists in multitudes; each band member proves their respective killer instinct on opener B.A.D., while the concerning hard rock premise of Good to Know (That I’m Still On Your Mind) is tied together with floaty vocal harmonies.

Lasting cuts Medicate for Success and She’s a Hurricane each reverberate with a go-go-go mindset, detectable in every member’s playing. The latter is also heavily reminiscent of Pixies’ Something Against You, but somehow even more amped-up.

No frenzy is as strong as Blush, as every instrument – every hooky guitar blast or fill-heavy drum pattern – is out to terrify. Noisy horror may be swapped out for raw beauty, just ask Wraith, with its tremolo guitar stanzas and gorgeous lead vocals courtesy of Cami.

Noisiness and twisted instrumental imbalance are the album’s primary recurring features, supported by Beach Riot’s amity, particularly as each instrument is simultaneously destroyed and tucked away through the riff section of Serial Scruff – everybody is away of their duty, and a cohesion is soon formed.

The band’s favourite sound is that of pure fuzz, taking the form of a swinging dagger on Faze. Distortion roots through the riffs of Wrong Impression; guitars with low attention spans recurrently feel the need to jitter around or try something new. Distortion pours through Modern Dinosaur like a volcano erupting, only to back out as clean guitars, sweeping drums and likeminded “ooh” vocals take stage.

Fuzz isn’t all there is to Subatomic Party Cool, but it is Beach Riot’s favourite tool, completing the group’s magic touch, formed from the rapport of a determinative friendship.