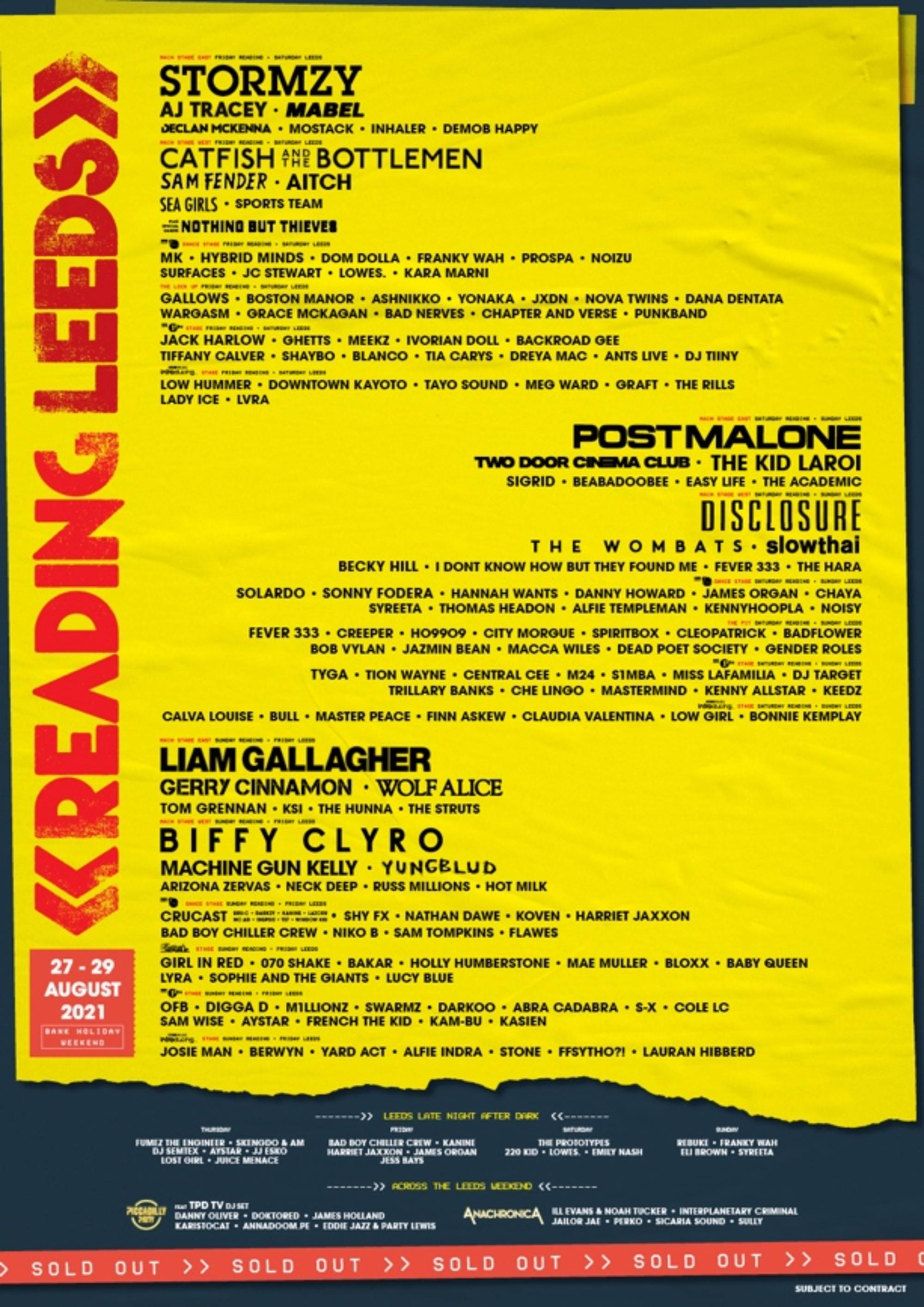 Biffy Clyro have been announced to replace Queens Of The Stone Age at Reading & Leeds 2021, with more names joining the line-up of the iconic festival today (Wednesday July 28).

QOTSA were due to co-headline the Sunday of Reading and Friday of Leeds alongside Liam Gallagher, but have now had to pull out due to “due to restrictions and logistics”. Biffy will now step up to headline the festival for the third time, telling fans: “We cannot wait to get out there and play for you all again after such a tough year… It’s gonna fuck!”

Other notable additions to the line-up of the August Bank Holiday festival include Inhaler, Holly Humberstone, Bakar and Che Lingo. See the list of acts set to perform below.

With two main stages and six headliners at this year’s event, the bill will be topped elsewhere by Disclosure, Catfish & The Bottlemen, Post Malone and Stormzy.

Check out the new additions to the line-up below:

Despite QOTSA’s canellation, other international names remain on the line-up – including Post Malone, Madison Beer, Girl In Red, Fever 333 and Sigrid.

Bosses from the UK’s live music scene are calling on the government to allow for “cultural quarantine” passes, so that international bands and artists can perform at gigs and festivals this summer without the need to self-isolate upon arrival. Speaking to NME earlier this year however, Reading & Leeds boss Melvin Benn shared his confidence in the acts from overseas being able to appear.

“I can’t comment on other festivals, but the international acts that are playing Reading & Leeds are telling me that if it’s safe to come then they’re coming,” he said. “By safe, we mean safe for the punters. That’s all I know. They’re being very explicit at this point in time. I’m very much looking forward to them fulfilling that.

“The reality is that we’re going to have a great line-up and a great festival come what may.”

Their new huge slot comes off the back of Biffy’s 2020 Number One Album ‘A Celebration Of Endings‘, with another new record set to drop later this year.

“It’s about that reflection of how you can experience the same thing but react in a completely different way,” frontman Simon Neil told NME about the new album. “We’ve all had this huge global experience, but we’ve not had the same experience for many, many reasons – and I feel that’s what the record is about.

“It’s about the aftermath of coming through something together, but also not being able to comprehend what someone else is going through. We’re all trying to make the best of that.”

Neil added: “It’s still a fairly positive outlook with a shit tonne of bone marrow nihilism going down inside of it.”