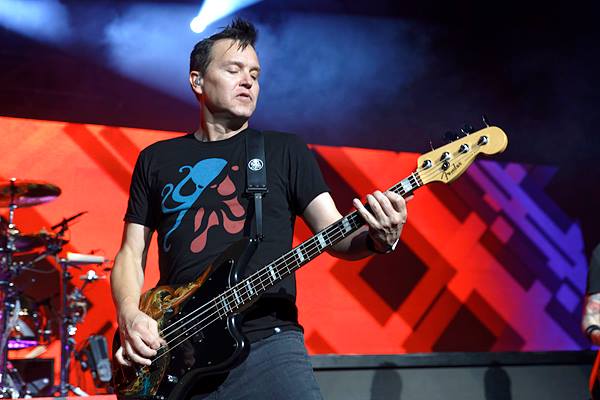 Blink-182 member Mark Hoppus says his chemotherapy treatment is working, according to doctors

Mark Hoppus’ chemotherapy is moving in the right direction, according to a new post on Instagram from the founding Blink-182 member. Last month, Hoppus announced that he’s been struggling with cancer– specially, Stage 4-A Diffuse large B-cell lymphoma, which Hoppus’ mother has previously fought and is now healthy.

Last week, via a Twitch stream, Hoppus said he was waiting for an update on whether chemotherapy was moving in the right direction. “The test is to find out if my chemotherapy is working at all. And if it is, then I go back for at least three more rounds,” he stated via Twitch. “Ideally, I go in tomorrow and they say, ‘Congratulations! Your chemotherapy has worked and you are all done, and you’ll never have to think about this cancer again for the rest of your life.’ I hope.”

He added, “If I go in tomorrow and they’re like, ‘It’s kinda working, we think it’s working,’ we’ll see. Then I’ll still do three more rounds, I think. And if they say, ‘Well it’s really not working like we’d hoped,’ then I have to go and talk about other options. Which I guess means a bone marrow transplant.”

Now, Hoppus has updated fans in an Instagram story that the chemotherapy is working. Specifically, he states, “Scans indicate that the chemo is working! I still have months of treatment ahead, but it’s the best possible news. I’m so grateful and confused and also sick from last week’s chemo. But the poison the doctors pump into me and the kind thoughts and wishes of people around me are destroying this cancer. Just gotta keep fighting…”

Blink-182’s band members, as well as former member Tom Delonge, have all expressed their support for Hoppus in his battle to regain his healthy.