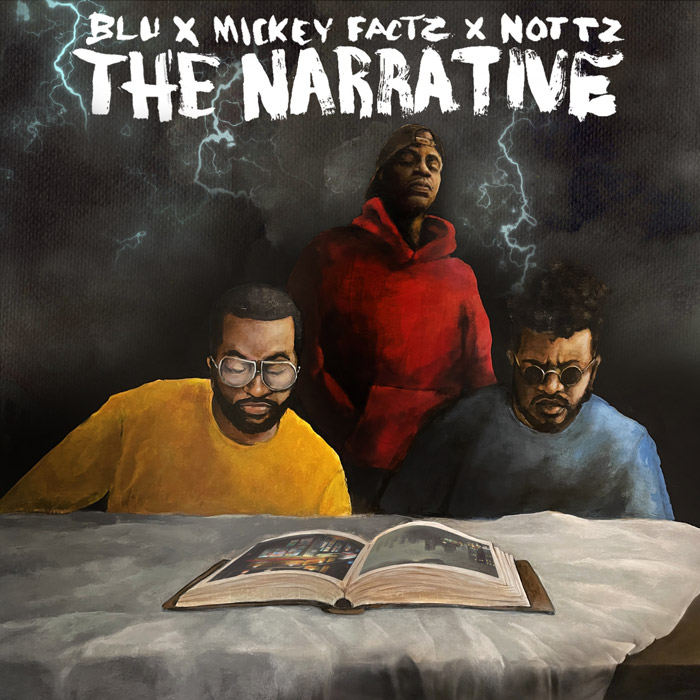 The cypher is complete.

For as long as I can remember, Mickey Factz has been an absolute beast with the pen. This goes all the way back to 2008 (if not ’07) when we first highlighted him at the DopeHouse. Same goes for Blu, who’s 2007 classic Below the Heavens (an album I reviewed while I was still at HipHopDX) is still in heavy rotation around these parts.

On top of sharing the XXL cover as part of their 2009 Freshman class (that also featured Wale, Curren$y, Kid Cudi, and others), the two also have another thing in common: they’ve both released albums produced entirely by Nottz.

In 2014 and 2016, Blu connected with the veteran producer on a pair of EPs called Gods in the Spirit and Titans in the Flesh (which was later reworked and released as a full-length album), while Mickey teamed with Nottz in 2016 on The Achievement: circa ’82 (before sharing the deluxe edition two years later).

Press play and be sure to add The Narrative wherever you get music.