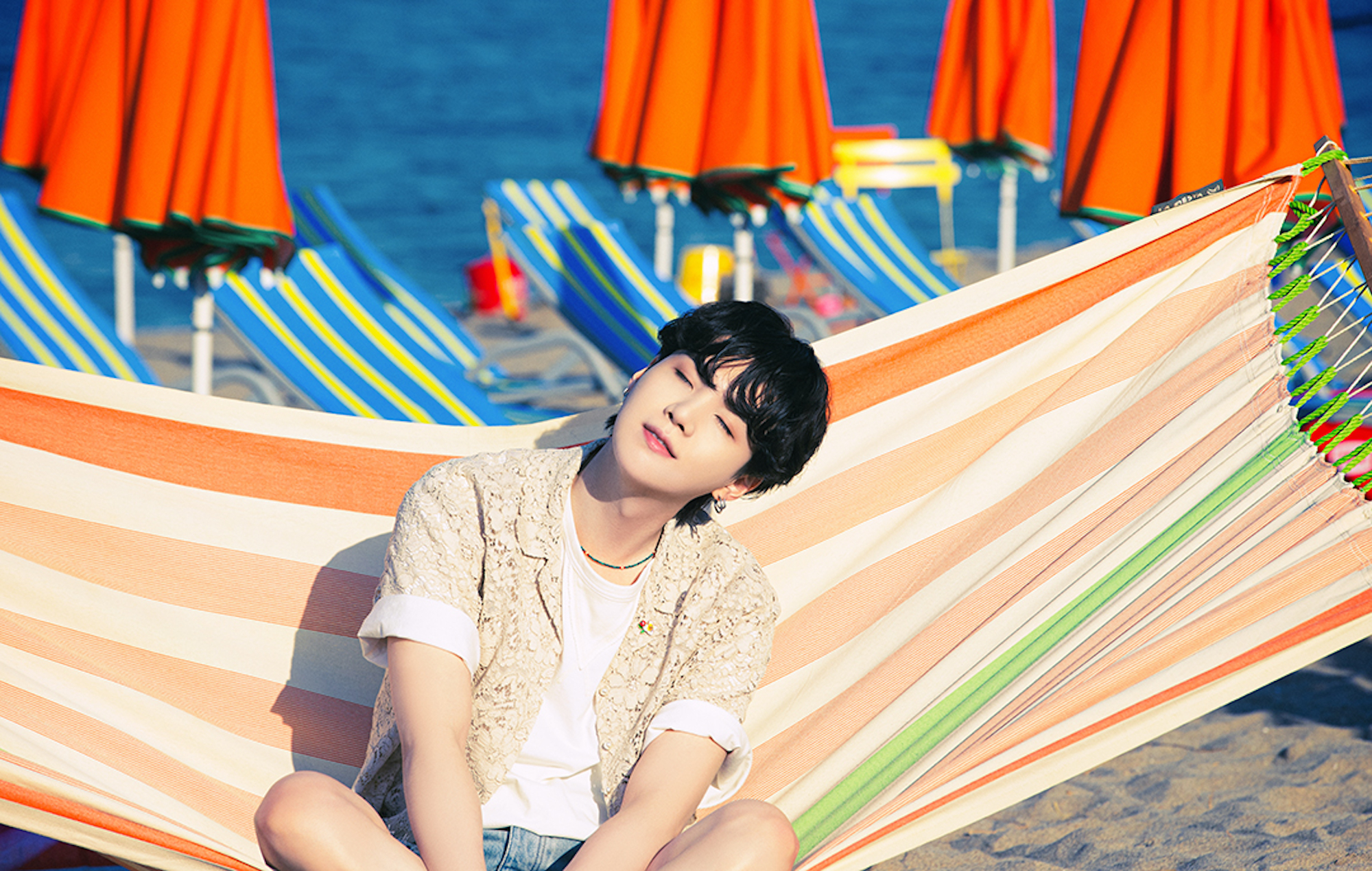 BTS’ Suga has commented on how labels treat artists, saying pushing them too hard is destroying the music industry.

The rapper praised the group’s label Big Hit Music for “listen[ing] to the artist’s opinions”, and noted that artists aren’t always able to work to the same rate as when they first debuted.

“The way artists work seems so difficult,” Suga told Weverse magazine. “They make an appearance on a different music show every day once the promotional period begins, meaning the exhaustion artists face is enormous, and that fatigue often results in injuries as it adds up. That kind of music show is for promotional purposes, so it’s not like the artists can earn a proper income from them.”

Continuing to say that there needs to be “a lot of improvements” made to the music industry “and its system”, the rapper said he thought labels should “actively accommodate the artist’s views about what they can and cannot do”.

“An attitude that’s just like, ‘Oh, we made you kids, and as long as you just do what we tell you to it’ll all work out, so just do it’ – I think that really doesn’t make any sense,” he explained. “Of course, there could still be situations where the label has to be pushy like that, obviously. But I heard there’s been times where a label will just say, ‘Do it’, without any explanation to the artist, or, ‘Why are you talking so much?’

“I think that’s the biggest issue and it’s destroying the industry. If you just see the artist as a product, how can they do anything creative? I really think it’s very contradictory to ask the people on stage to put on an enjoyable performance when they’re experiencing neither fun nor enjoyment.”

Earlier this week, RM spoke about BTS’ latest single ‘Permission To Dance’ and its positive message. “It feels amazing to give into the song with your whole body and just laugh instead of thinking about it too much,” he said. “I think that’s the power of the song.”

‘Permission To Dance’ gave the Korean group their fifth Billboard Hot 100 Number One earlier this month. The track spent one week at the top spot before being replaced by the band’s ‘Butter’, which it had dethroned itself.