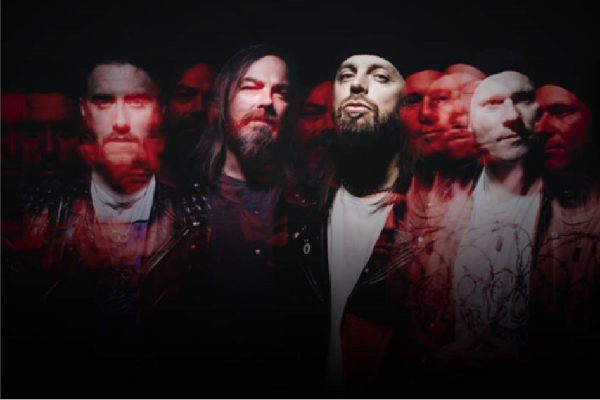 Bullet for My Valentine – Story by Charles Ken, courtesy photo

Listen to the latest from Bullet for My Valentine, a hard-hitting metal track called “Knives”

Welsh rockers Bullet for My Valentine have unleashed a new single, “Knives,” the first bit of music to arrive on the group’s upcoming studio album. The self-titled release, which marks their follow-up to 2018’s Gravity, will hit stores Oct. 22.

“This is the beginning of Bullet 2.0,” frontman Matt Tuck said in a press statement. “It signifies where we are right now. The music is fresh, it’s aggressive, it’s more visceral and passionate than it’s ever been.”

“I think it’s the most ferocious side of Bullet for My Valentine that I’ve ever known,” added guitarist Michael “Padge” Paget. “It’s time for us to put out a really angry, heavy, aggressive record. I just can’t wait to grimace on stage!”

As is expected from Bullet for My Valentine, “Knives” features sharp riffing and serious guitar shredding. Listen to the show, which is available now via digital outlets, below.

In other news, Bullet for My Valentine also recently launched a new fan club, dubbed the Army of Noise fan club, using the Patreon platform. The page offers extras such as a patron-only Discord chat community, behind-the-scenes photos, studio and tour diaries, a personalized video and more, based on the donation amount.

Bullet for My Valentine are also scheduled to the hit stage this weekend to headline Download Pilot at Donington Park in Leicestershire, England, a smaller version of the U.K.’s famed Download Festival. Other performers include While She Sleeps, Creeper, the Wildhearts, Saint Agnes, Lonely the Brave, Stone Broken and more.