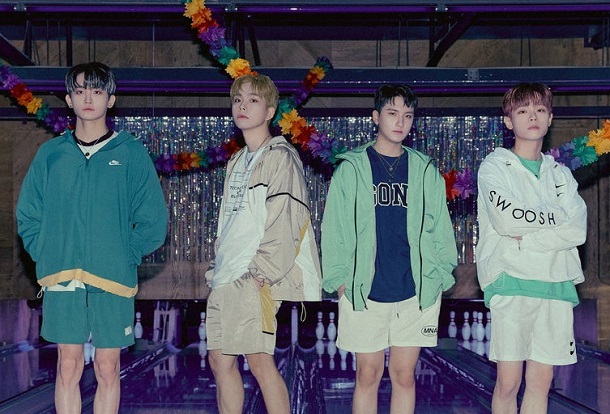 A K-pop group’s title track isn’t always the best song on their album, even if it’s the one most people will hear. Sometimes, b-sides deserve recognition too. In the singles-oriented world of K-pop, I want to spotlight some of these buried treasures and give them the props they deserve.

Though only four songs in length, Lucy’s new album is their strongest body of work yet. And, it nudges the group in a few new directions. The most notable aspect of Gatcha! is its heavy use of electronic elements. As someone who prefers their rock music laced with a heavy dose of synth, this is a very welcome development.

One By One is the most striking example of this transformation. For this track, it’s as if Lucy got sucked into the Tron universe (which is a movie I’d totally pay to see, by the way!). Vocoder and other studio effects feature prominently, and the band is re-formed into a groovy synth-pop unit. I imagine this will be the most polarizing song on the album, but I absolutely adore it.

One By One has a shimmering retro sound, pulsing along plucked guitar, icy tugs of violin and a brilliant bass-driven breakdown. Sangyeop and Gwangil’s voices are warped in dramatic ways, giving the track an evocative sense of texture. Midway through, this builds toward an aggressive climax. Though I’m hardly an expert on vocoder use, artists usually modulate the power in their vocal to avoid risking too much distortion. Here, Sangyeop belts with full force, resulting in a jarring peak. It’s not an entirely pleasant sound, but I think that’s point. The shot of emotion works incredibly well and compliments One By One’s rise-and-fall structure.

Elsewhere, the vocals are chopped into rhythmic flourishes. The track moves toward a fake-out climax that utilizes empty space to build tension before settling back into its groove. In fact, the whole song pushes and pulls at expectations, making its surging moments all the more welcome. This is brilliant stuff.