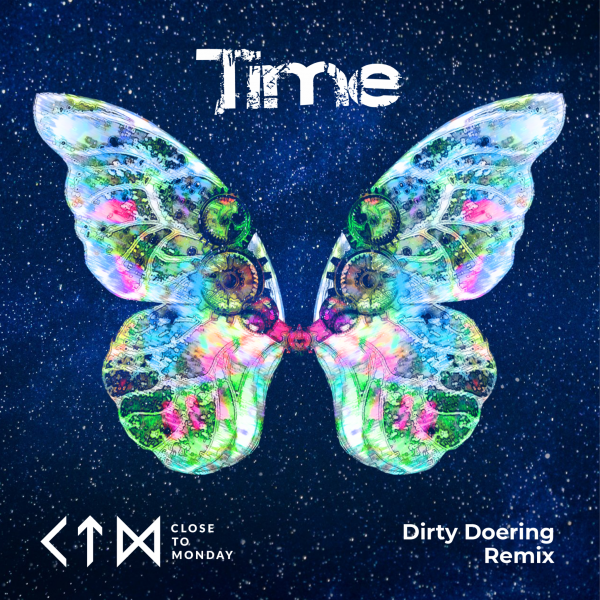 A new remix of the LP’s star track ‘Time’ by a rising European band ‘Close to Monday’ emphasizes the validity of band’s claims for a place in the sun of the electronic music industry. More recently, the pensive, magnificent sound of the reworking of the band’s track “Time” from the wizard of melodic techno-house Ron Flatter broke into the dance floors opening after the pandemic. And now, a little more than a month later, we can listen to a new reading of the LP’s lead track of this electronic music duo.

These are energetic vibes of the creativity of the famous techno house guru Dirty Doering which is a permanent headliner of numerous electronic music festivals and founder of the label Katermukke. ‘Time’, the remix, is now available on all streaming platforms via https://linktr.ee/closetomonday . https://linktr.ee/closetomonday As we can see, the masters of blowing up the dance floors immediately fell in love with this original sound of ‘Close to Monday’, which sometimes resembles the legendary ‘Depeche Mode’. And it should be noted that not only musicians, but also critics highly appreciated the tracks of the album, recorded, by the way, exclusively on synthesizers.

The tracks of their debut album could be heard in more than 50 radio shows this summer. And during the first weeks after the release, the first band music video became the winner in the nomination Best Dance Music Video at two international festivals in Rome and London. Close To Monday’s original opus of ‘Time’ offers a journey of introspection for the listener; an emotive downtempo cut which highlights the band’s mastery for synthwork. With the aim to communicate a ‘photo of feelings’ to their audience and provide a relatable narrative with their music, the tastemaker collective intertwine serenity and joy with the awareness of reality.

ABOUT CLOSE TO MONDAY – Formed in 2019, burgeoning Synthpop collective Close To Monday champions a nouveau strain of indie-laced Electronica for the contemporary audience. Launched by founding member Alex, who released two instrumentally-heavy solo long players — “Perfect Music To Watch Color Dreams” (2019) and “Satisfaction” (2020) — the project channelled his desire to achieve sound perfection through the immersive sensibilities of experimental Electronica.

In 2020, the one-man-band evolved into a duo, welcoming the inclusion of vocalist Any and debuting their union with ‘Interference’ in April of this year. The LP proved to be a raw and rebellious offering, receiving staunch support from industry peers and audiences alike, and subsequently holding a second place position in the Deutsche Alternative Charts (being in the TOP 10 for eight consecutive weeks); standing as the only representative of independent music across the full chart.

Another of the album’s shining successes was track ‘Step By Step’ which made it to #1 in both the LRDR Radio (France) and Klangwald Radio (Germany) charts. Having won awards for ‘Best Dance Music Video’ at the International Music Video Awards (2021) in both London and Rome for the video counterpart to their ‘Interference’ cut ‘Guns’, it is evident that the outfit are pushing their artistry beyond the boundaries of music alone and into the much wider world of art.

ABOUT DIRTY DOERING – For over a decade now, Dirty Doering has been enriching the house and techno landscape through his direct and energetic production output, as well as his warm, groove-driven DJ sets. Over the years he has turned out a high number of consistently excellent and innovative tracks that are filled with unique sound design elements, fresh melodies and plenty of dancefloor drive. Dirty Doering is the founder of the electronic music label Katermukke. He is one of the brightest representatives of the German electronic music club scene!

ABOUT REMIX ARTWORK – “As you can see, this is an absolutely futuristic artwork made in the modern style of fractal geometry. The magic wings of a butterfly in space symbolize for us the infinity of life as an endless stream of impressions and feelings of each person.” – Close To Monday