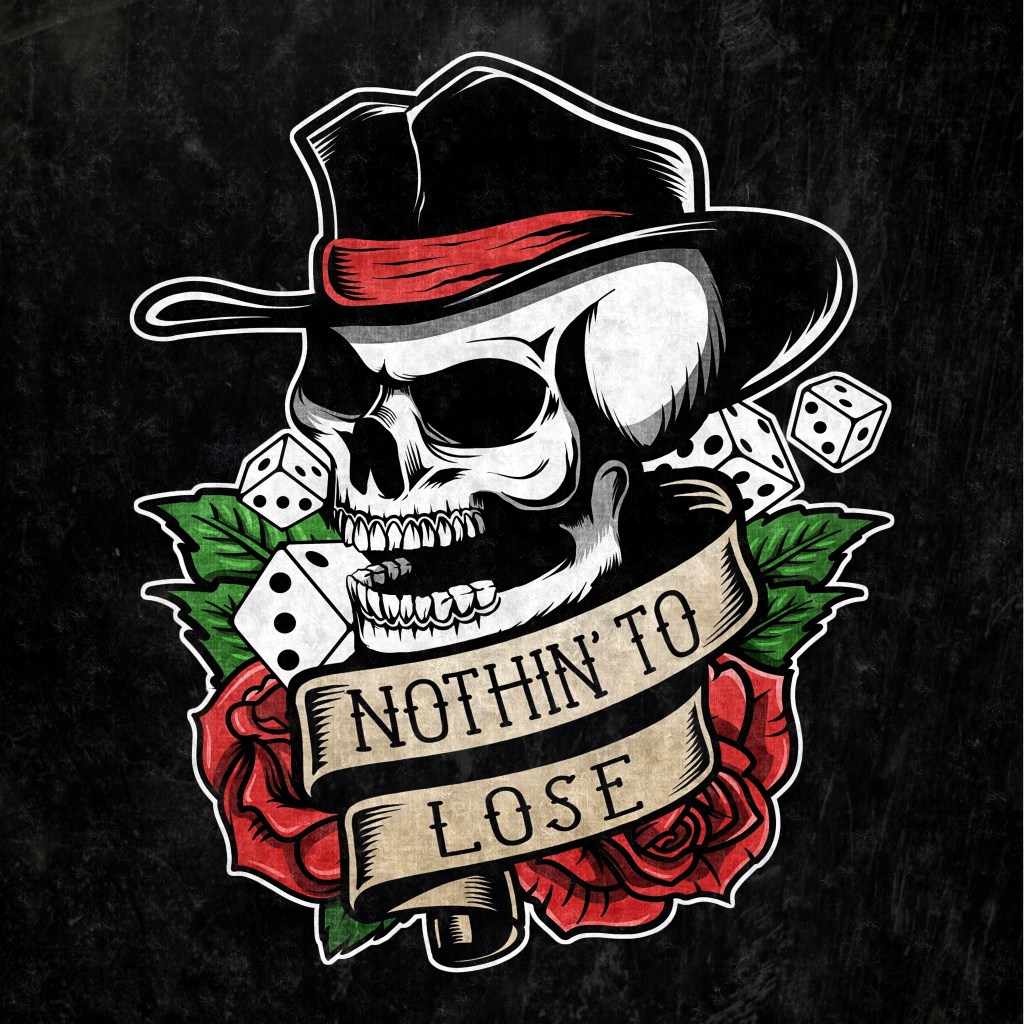 There was a temptation to feature Crash Midnight’s latest single, “Nothin’ To Lose,” as a grand re-opening of sorts of the HRD Radio Report.  But that would have been a disservice to an underrated band that I admire for their timeless sound, and just as importantly, their creativity to blaze their own trail, and the tenacity to turn their dreams into a reality.  “Nothin’ To Lose” may be a catchy song title, but for the doers of the world, the ones who stick out their necks and relentlessly pursue their goals like Crash Midnight, the title is more like a motivational mantra.

Perhaps what I love most about this band is that they meld all of the swagger and danger that first drew me into rock and roll (and ultimately the launch of Hard Rock Daddy) with a plan of action to succeed with that old school sound in a dystopian new music industry world.  They’re disruptors, troublemakers, and pioneers.  They piss on the status quo, all the while taking the bull by the horns and getting shit done in ways that others wouldn’t even dream about.  “Nothin’ To Lose” is not lip-service for Crash Midnight; it’s a description of how they live their lives.

If Crash Midnight could time travel back to 1989, these erstwhile New England rockers would almost certainly be among the rock and roll elite.  They wouldn’t have had to reinvent themselves in Sin City because the world would have been their oyster.  Why reference 1989 specifically?  Well, that was the year that Robin Williams helped a generation of kids learn the meaning of the phrase “carpe diem” with his role in Dead Poets Society (which also took place in New England).  The members of Crash Midnight were not among that generation, but they embody what the phrase carpe diem means.

A gritty account of the band cutting its teeth in the Boston club scene, “Nothin’ To Lose” covers their journey from those formative years all the way up through becoming the highest-drawing independent rock band in their new home city of Las Vegas.   It dives into the seedy bars, late-night encounters, and raucous drive that gave birth to Crash Midnight’s street-level spirit.  The track delivers an attitude-laden rock anthem that’s become a rallying cry to the unbreakable ambition that fuels their “us against the world” mentality.

“I think the uncertainty of everything last year pushed us to really hit the ground loaded up when things broke back open here,” says frontman, Shaun Soho.

“There’s so much new material, we feel sort of like we can’t contain ourselves and can’t get it out fast enough for people to hear.”

Regarding the new single he says, “I really like this one.  It was something that, even the first time we played it during the whole ‘distanced shows’ thing we had to do, people got out of their little areas or corrals or whatever they were marked off in and started going pretty wild.  When you’re trying a new song, that’s cool to see a reaction like that.”

There’s another reason why I chose not to feature this killer new tune on HRD Radio Report.  Crash Midnight is a band that doesn’t cater to their ever-shrinking whims of Active Rock radio.  They are unapologetically what they are, a rock and roll band that refuses to be put into a neat little box.  They are the rebels who embrace the culture of sex, drugs, and rock ‘n’ roll, just as those who came before them once did.

Crash Midnight is one of the bands that gives me reason to hope that there will always be a little danger in rock and roll, even if it lies in the deep underbelly of places like Sin City.  They may never get to be a radio darling, but quite frankly, they don’t need to be.  There is an audience of people like me who hunger for this type of music and attitude.  WE are who the band wants to reach.  Hard Rock Daddy will do whatever it takes to keep spreading the word about Crash Midnight’s music and exploits.  Much more to come as their story develops.  For now, crank up “Nothin’ To Lose” and let the rock and roll swagger wash over you…