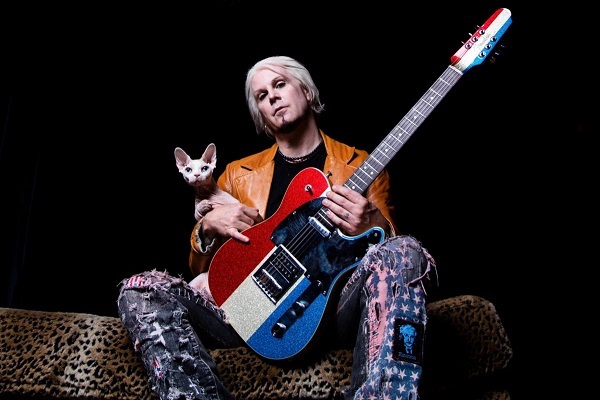 John 5 is gearing up to release a new solo album. The Rob Zombie guitarist has announced that his new record, “Sinner,” will arrive Oct. 29 release via Big Machine Records.

For “Sinner,” John 5 team up with some big names for collaborations, including Dave Mustaine of Megadeth, Carla Harvey of Butcher Babies and Peter Criss of Kiss. In addition to the album announcement, John 5 released the Mustaine collaboration, “Que Pasa,” which he’s already been performing live at solo shows. Listen to the new song below.

“I have such an appreciation for Dave, and I love his voice, guitar playing and songwriting,” the guitarist said in a statement. “And he kills it on ‘Que Pasa.’ It was such a joy to have him on this track.”

“When people hear this record, I want them to say, ‘Oh, that’s John 5.’ What you get with Sinner is the best of me,” John 5 said. “I just want to write memorable riffs that people will enjoy. When I sit on my couch and play my guitar, I play the same things you hear on the instrumental records. It’s honest. It’s real. It’s not a façade. This is how I play. This is what I love to do.”

Check out the full track list for “Sinner” below. Find pre-order information on the album here.