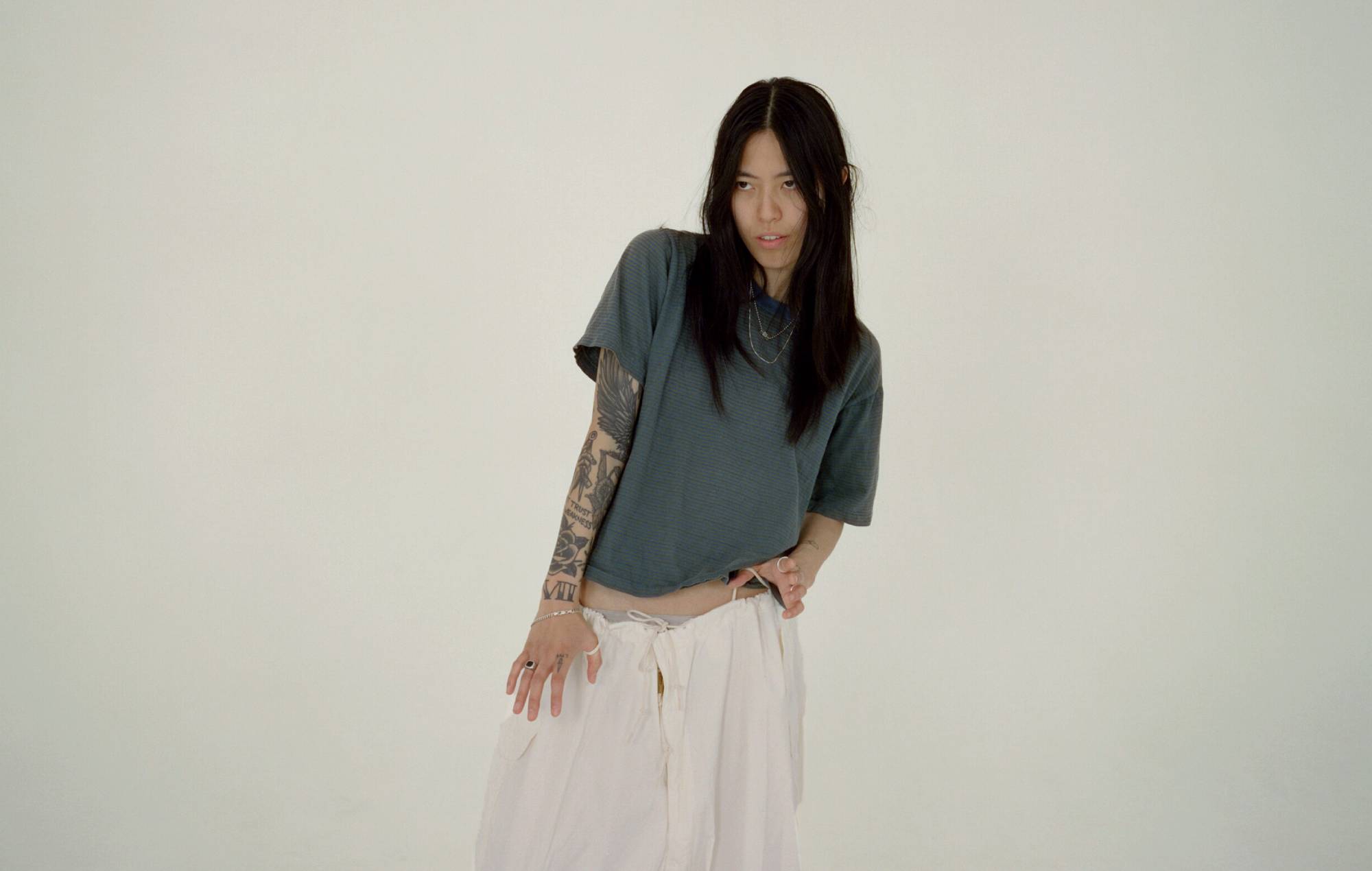 There are many factors that can contribute to music industry clout. But on the strength of her co-signs alone, Deb Never is already one of the most influential new musicians on the planet.

Consider the evidence: in the last three years, the LA-based singer/songwriter has starred on songs by Brockhampton, Slowthai and Lava La Rue, collaborated with Kenny Beats, Dylan Brady and Shlohmo, and been personally selected to open for The 1975, Mura Masa, Dominic Fike and Omar Apollo. If you ask Deb to explain why she attracts such high-profile admirers, though, she seems genuinely stumped.

“I don’t know why [other artists] gravitate towards me,” she shrugs, semi-embarrassed even to be considering the question. After a protracted pause, she finally offers up a theory. “I think if you’re just naturally doing your own thing – developing your sound and being true to yourself – you’re gonna attract what you put out. I’m all about that energy. So I guess if I’m doing me, that’s gonna be what I’m gonna attract back.”

Coming out of anyone else’s mouth, that answer could easily smack of false modesty. But it rings true for Deb, not least because it’s in keeping with the refreshing lack of guile with which she conducts the rest of our conversation. This generous, easy-going charm only adds to her appeal as a collaborator, but it’s her creative prowess that’s attracting the famous fans in the first place. As a songwriter, she’s continuing to improve in leaps and bounds, as evidenced by her excellent new EP ‘Where Have All The Flowers Gone?’, out this week (September 10).

Her first collection of music since 2020’s self-released ‘Intermission’ – the palette-cleanser she created during quarantine – this dreamy, eight-song set showcases Deb’s unique melodic nous, melding coruscating guitar lines with skittering, hip-hop-influenced beats. Though less lo-fi than 2019’s predecessor-proper ‘House On Wheels’, there’s still an intimate, almost homespun quality to the production, which was created with a team including Jam City (Kelela, Troye Sivan), Hoskins (Partynextdoor, Khalid) and Jim-E Stack (Bon Iver, Empress Of), as well as regular collaborators Michael Percy and Luke Wild. As Deb puts it: “I wanted to keep that seeming façade of simplicity, but to incorporate little sounds that made it feel bigger and more cinematic.”

Work on the record began last summer in London, with Deb eventually finishing up the EP in LA earlier this year. “There’s so much talent in London, and such a sick sound – it’s inspiring,” she smiles when summarising the three-week writing trip that wound up lasting five months. Spiritually, London felt like a good fit too: as well as being home to close pals like Lava and Jack Latham (Jam City), the British weather also transported Deb back to her upbringing in Olympia and Spokane, Washington.

On a broader level, the change of surroundings proved vital as a means of combating a particularly crippling case of writer’s block. “I went to London, came back here, went on a road trip,” she recalls of her struggle. “I tried not sleeping for days just to see if that delirium would pull something out of me. I’d smoke weed, and then go completely sober… Anything to stir myself up. Finally, the information just hit.“

This sense of unease permeates the EP’s lyrical focus, which frequently feels lovesick – most notably on songs like ‘Sorry’, ‘Someone Else’ and ‘Sweet & Spice’. “I’m a hopeless romantic,” Deb concedes with a laugh. “Though the feedback is I’m not a very expressive person in real life when it comes to love; it’s like there’s a wall there.” Why might that be, NME wonders? “I don’t know,” she grins. “That’s something that I’m gonna have to maybe unpack with a therapist.”

That sense of yearning is captured by the record’s title, which was originally inspired by the eerie stillness of lockdown life in LA. “I remember looking out the window, watching the streets empty in the sun. And it was like, ‘Oh my god, the world is so beautiful. So why do I feel so terrible?’”

At her lowest point Deb felt utterly unmoored emotionally, an experience she discusses on EP standout ‘Disassociate’. “That [habit] comes from the many times in life where I felt like I didn’t belong, so I was disassociating,” she explains. “There were no Asians around where I grew up and so I was like, ‘OK, obviously I look different’. On top of that, we spent a year in Korea when I was 11, and I didn’t fit in there either because I don’t speak Korean. And then add to that me being queer… there were so many things that I felt like worked against me; I felt like a fucking ghost.”

Growing up, music provided a much-needed means of escape, with the then-teenage Deb teaching herself guitar and immersing herself in hip-hop by big radio acts like Lil Wayne and the darker beats of Three 6 Mafia and Tommy Wright III. A career in music was never a serious option, however. “I grew up broke, so we come from a place where it’s about survival, you know? And so music is always gonna be a pipe dream.”

Such was Deb’s fatalism, in fact, that when she was first invited by a friend to do some session guitar work in LA, she was amazed to be paid for her time (“I literally didn’t know you could do that for a job!” she laughs). That experience provided the push Deb needed to shelve her college place back in Seattle and move to LA to pursue music permanently. Falling in with Shlohmo’s crew WEDIDIT, Deb’s new friends encouraged her to dig into her own artistry.

While creatively it’s been a steady ascent ever since, listening to a record as utterly filler-free as ‘Where Have All The Flowers Gone?’ does feel like Deb Never has shifted gears, and that we’re witnessing the arrival of a star in real time. So, to the great and good of the music industry currently clamouring to work with her: form an orderly queue – you could be waiting a while.

Deb Never’s new EP ‘Where Have All The Flowers Gone?’ is out on September 10.