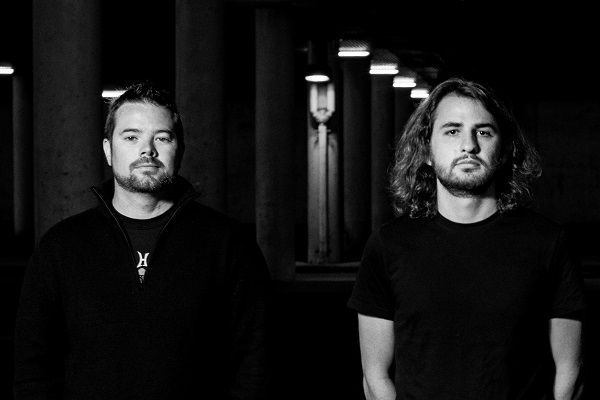 Local Music Beat: Jake Greenwood of Midwest rock duo Vandalay discusses the thrill of returning to the stage and more in this edition of the column

Live music is back, and Vandalay are gearing up to play their first in-person concert since February 2020. The gig is set for Saturday (Oct. 2) at Otus Supply in Ferndale, and the Detroit and Chicago-based rock duo is ready.

“Vandalay’s main motivation is playing live,” Jake Greenwood tells Audio Ink Radio. “We love the writing and recording process, but we are truly happiest when on stage. I’m sure all live musicians can relate, the void felt by not having an outlet to perform was very real. However, it gave us time to really think through and write our latest full-length album. It was important for us to stay creatively active and productive.”

Greenwood caught up with Audio Ink Radio to talk about the excitement of live music coming back, their latest full-length album, his favorite Midwest venues to play and more. Vandalay features Greenwood along with Ben Warner. Find out more about the band on Vandalay’s website.

Anne Erickson: Congratulations on your new album, “Return,” which dropped in April 2021. Did you record this album during the lockdown, and if so, how did that impact the way you made the record and the themes on it?

Jake Greenwood: Thank you. We’re so proud of the way the album turned out. It’s the most comprehensive record we’ve created. Every detail was thought through at great length- song order, themes, lyrics, artwork. It all ties together in meaningful ways. We’re excited for fans to discover the common threads that weave in and out of every song.

The album was recorded during the lockdown. As many bands can relate, we were put in a difficult position of not being able to play live. In some ways, it was a blessing in disguise, as it gave us a large window of time to devote to the writing process. We had roughly 25 song ideas that we narrowed down to what we felt fit the album’s vibe, which ended up being 12. After finalizing the order, even without lyrics, the songs themselves told a story from beginning to end.

Ninety-five percent of the album was recorded at my home studio in Waterford, Michigan. I’m lucky to have an isolated tracking room that gets really great drum sounds and vocals. The guitars were originally tracked in Chicago where Ben lives. He sent me the clean signal tracks and I dialed in the tones on my end. I’m proud to say that I did all of the mixing and mastering, something that I had done on a track or two in the past, but never to this extent.

As far as themes, the album’s front end could be interpreted as political, but when the listener considers the entire album as a whole, they will hopefully pick up on a broader theme of heeding warnings, societal unity and working together for the greater good. The first track and the last track, in particular, should be interpreted very differently, and that interpretation is meant to be influenced by the themes of the songs in between them.

It’s great that your single “Digital Real Estate” recently got picked up by Spotify’s New Rock Hits playlist. Tell me the story behind that song.

There seems to be a lot of noise and distortion on social media that warps reality and clouds truth. This tends to come from a result of everyone “owning” a piece digital real estate giving them the platform to state whatever they want. However, there is little accountability for the validity of their message. Ultimately, the fallout of this is that everyone is quick to judge and creates a divided landscape.

This album has strong guitars, riffs and drums. Who are some of your musical inspirations?

In the past, we’ve drawn a lot from Coheed and Cambria and 311. Most recently, especially on this new album, we’ve drawn from Muse, Jimmy Eat World and The Midnight.

Vandalay has one band member in Chicago and the other in the Detroit area. What’s it like making the band work with members being in different areas? The pandemic seemed to make it easier for bands to work together at a distance, because they had to work that way.

The long-distance relationship has always been part of Vandalay’s history. The past year has certainly made it easier to work together long distance, but Ben and I have been creating music together this way for over 10 years. Before the age of Zoom, Ben and I simply traveled to Michigan or Chicago to write and rehearse, while sharing song ideas through email and discussing details over lengthy phone calls. It takes a lot of commitment and discipline, but that is one of the things Vandalay prides itself on- the commitment to keep doing what we love, no matter the logistical challenges.

Your first show since February 2020 is coming up on Oct. 2 in Ferndale. What are you most excited for when it comes to getting back on the stage again?

Feeling the energy from the audience is what we are most excited about. It’s really what we love most about being in a band. The intangible vibe that is created between live music and audience is something that we’ve missed for 19 months. We are so excited to get our first taste of it on Oct. 2. We will also be playing a number of songs off our new record. Otus Supply on Oct. 2 will be the live premier of that batch of songs. We’re very excited to see the crowd’s reaction to the new music.

We’d just like to add that we are grateful to Audiotree Presents for giving us our first opportunity back on stage in 19 months. We also want to thank our special guests Crashing Cairo and Colin and the Cougars for providing opening support. Finally, we want to thank those who are planning on buying a ticket and attending the show, as your support means everything to us. Thank you for spending a Saturday evening out of your busy schedule with us. We are going to bring the energy and look forward to seeing you all in Ferndale.

What are some of your favorite independent venues to perform at in Chicago, Detroit and elsewhere?

We have been fortunate to play some incredible venues over the years. Some of our favorites include the House of Blues in Chicago, the former Loft in Lansing and Smalls in Detroit. This will be our first time playing Otus Supply in Ferndale. We’ve heard great things and are excited to add it to our venue list.

What else has Vandalay been up to with live music off the table?

In addition to the new album, we’ve focused more attention on national promotion of our music. We have paired with Forthwright Records to secure media placement of our songs, particularly singles off the new album. We are also working on two music videos that should be ready to release in the next few months.

Anne Erickson’s Local Music Beat column appears weekly in Audio Ink Radio. Have a band or concert to share? Contact her at anne@audioinkradio.com.