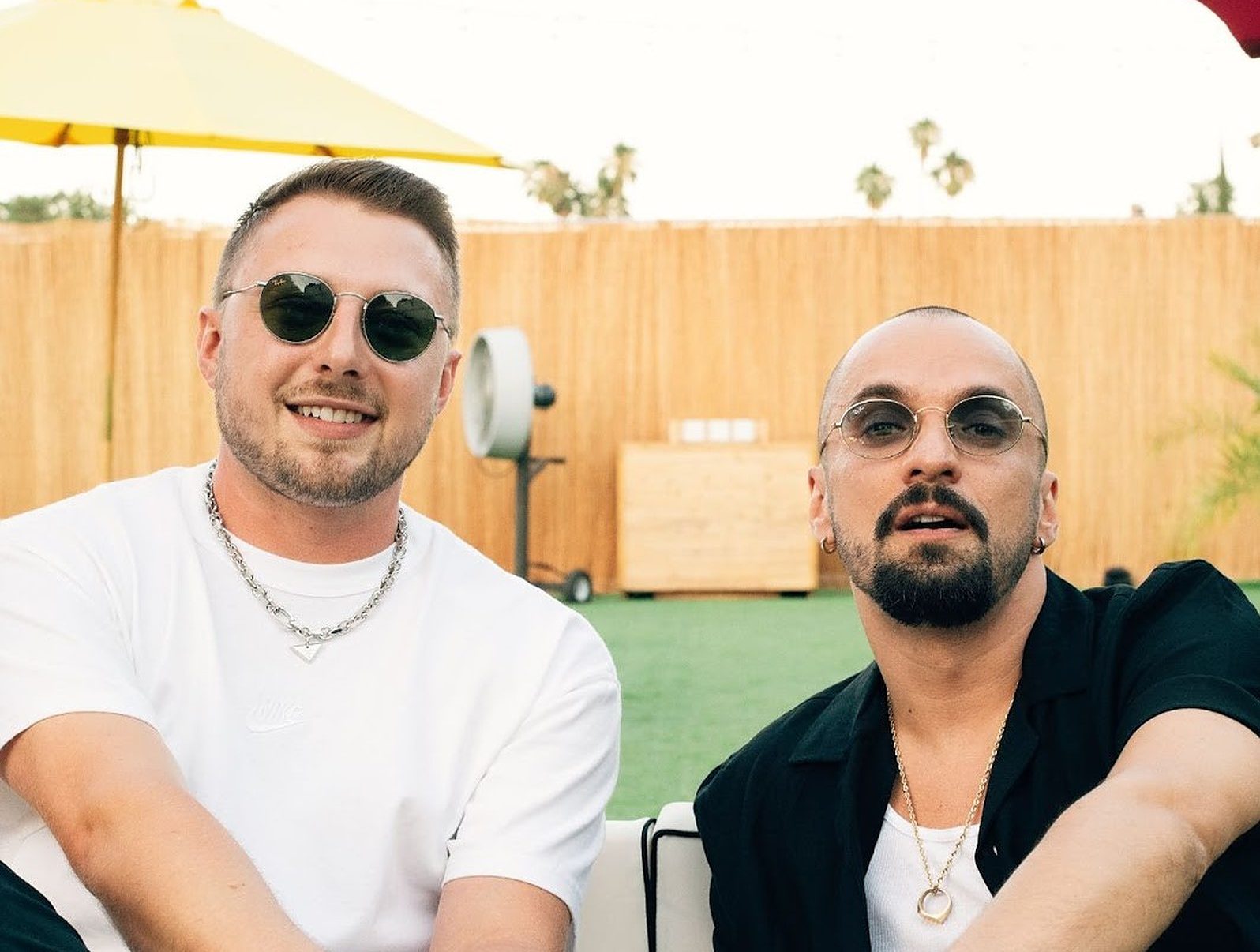 Three years ago, two of house music’s brightest dignitaries, Dombresky and Noizu, (Dombroizu, if you will…) came together for “Rave Alarm“—a club anthem that swept across dance floors and airwaves the world over. Beyond formulating the 90s-inspired tech-house triumph, the two found more than just a new sound but in tandem, the beginning of what would become a blossoming friendship. As dance floors began to open post-pandemic, the duo decided to strike before the iron even had time to reheat, coming together to throw a new kind of party strictly in the name of creating as much fun as possible, inspired by where it all began for the two.

Expanding upon the groundwork laid on “Rave Alarm,” the pair have plotted a special back-to-back headlining event at Los Angeles’ Hollywood Palladium on November 13. The raucous occasion will feature a fresh, new sound from what fans have come to expect from Dombresky and Noizu separately, and Dancing Astronaut caught up with the two selectors to find out more about the impending LA affair.

Start by telling us a little bit about Rave Alarm at the Palladium this fall.

Dombresky: “We actually started our friendship a few years ago. We made our collaboration, ‘Rave Alarm,’ and we’ve stayed friends since then. And after COVID, we have this idea to join forces to bring this show together. We talked about wanting to do something special. So we tried to bring a new sound, to bring this rave-y sound which made me really excited. It came naturally, like let’s have some fun and party, and that’s what happened.”

Noizu: “We tried to make the set that we’re doing different to what we do individually. We got to test that at Day Trip and that was really fun. It felt like that was a highlight.”

You guys clearly enjoy being together so much on stage, what’s the key to keeping it so light on stage like that?

Dombresky: “We really love what we do and to share a stage with a friend in front a lot of people, that’s why we’re doing this. Like I said, again, I’ll talk about this COVID stuff—it [sic] changed my mind, personally, a lot. So now I want to have fun and I want to enjoy it, I will not do anything if I don’t enjoy it.”

Noizu: “It’s just a natural reaction from both of us. That energy on stage and I think we both feel so happy at the same time. It’s like a celebration.”

“Rave Alarm” was a huge success. Are you working on any more tracks together right now?

Dombresky: “Yes, we are. Some demos really. We might have a surprise before the shows, we’re working on new music and the [sic] music representing the sound of the back-to-back.”

Noizu: “We’re both from Europe, so that, that kind of rave sound was so big where we’re from, in the nineties and stuff. It feels like it’s kind of something that we have in common from both of our like cultures.”

What differences can we look for in your joint headline show in comparison what you play as Dombresky and Noizu individually?

Dombresky: “I always [loved] the techno rave scene from the eighties and nineties. It’s not a new sound, but for us it’s new. We’re trying to bring this nineties rave, techno, dance sound.”

Noizu: “I think it would have been easy for us to just play all our own music…we made a conscious effort to find what we don’t play normally.”

It’s less common to see a headlining back-to-back set, how did that idea come to be?

Dombresky: “It was a mutual idea from [our] managers, the Insomniac team, and from us. We thought about it before, but we were not ready, and since COVID, I personally feel like we have to share everything we got, and we have to just enjoy the moment…There is a lot of back-to-backs [happening] now…”

“I love to see two DJs playing together and I think it’s going to be a new thing right now—it’s going to be more common. And we were like, well, what about us? Let’s do it. And I think like the industry changed a little bit after COVID. I feel like everybody just wants to have fun and not take this stuff too seriously and make people happy. So that’s the goal.”

What other ideas do you have planned for the Palladium?

Dombresky: “We definitely want to do something special for the visuals…It’s going to be a long journey, but we’re going to put all our energy into it to try to make this moment so very, very special.”

Noizu: “We want to treat more than just our usual shows. Putting our own money into things and making sure the stage is right. Everything’s different.”

Are you planning on headlining more shows together following the Palladium?

How has quarantine shifted things for you as an artist? What are some things that you missed that you didn’t think you’d miss?

Dombresky: Personally, it makes me realize [sic] anything can happen…This was real. Now we have to enjoy our life more than before…I’m more excited than before…I’m not the same as I was before COVID, that’s for sure…Sometimes it’s hard, sometimes we’re super tired, that’s some stuff people don’t see. They don’t see the stuff behind the stage. We are tired sometimes when you have like four shows in a row, you don’t sleep, but…I realized how much I love my job.”

Noizu: Yeah, that’s me in 2019, I was probably feeling kind of tired before the pandemic. Just very used to it. And then it just disappeared for a year, so with everything coming back you have a new appreciation for all this stuff…It can so easily go.”

Prepare for Dombresky and Noizu’s highly anticipated back-to-back headline at the Hollywood Palladium on November 13. This one is sure to be a can’t miss.