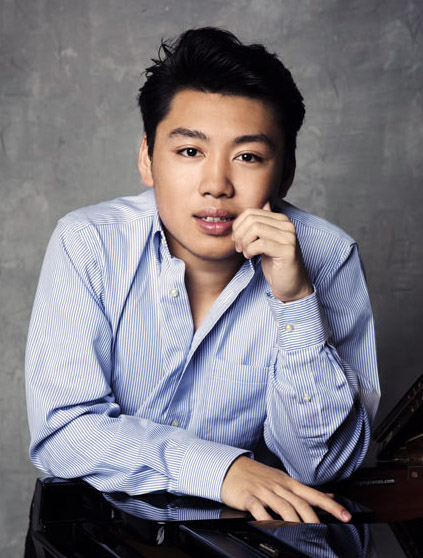 Rockport artistic director Barry Shiffman holds US and Canadian passports and gets to fly in and out of Canada without bureaucracy, unlike the rest of us. Barring nasty covid variants, he plans such peregrinations for each of the weekends of the gloriously alive indoor Rockport Chamber Music Festival: 13 ensue between tomorrow and September 19th.

Gorgeous Shalin Liu Hall sounded even brighter with an audience limited to half-capacity. House policy allows for pods to sit together while enforcing a chessboard layout to keep black squares open. This summer’s 60-90-minute intermissionless concerts (5p, repeating at 8p) make for a perfect listening span, especially as all of us concertgoers need to retune our powers of concentration and rebuild our concert Sitzfleisch. It helps that the bar is open before and after events. Opening night vibe buzzed with pleasure over this return to normalcy.

We observed only two masked men (wisemen?) among the 120 attendees. Anyone unpersuaded that vaccines and Elsa vanquished the virus can purchase access to streams of RCMF concerts 48 hours afterward.

Gray clouds and tailwind-driven chop silhouetted the arriving Dover String Quartet. Now in residence at the Curtis Institute, the foursome is hoping to rebuild its former 115-concert-per year calendar post-covid. The beginning strains of Mendelssohn’s String Quartet No. 1 unfolded with patiently warm tone, informing the world that zero rust had patinated this ensemble’s formidable polish.

We think of Mendelssohn as an old-money composer, endowed with refinement of taste and clarity of thought that enabled him to project his family’s deep spirituality from the page to our souls without breaking a sweat. From his teens on, the sometimes-facile technical gifts also invariably serve near-Biblical longing. The tensions between his officially avowed Lutheranism and his anciently Jewish soul evoke Schumann’s Florestan and Eusebius in reverse order.

Opus 12’s Adagio non troppo – Allegro non tardente flexes its muscles slowly, but eventually in this performance transcended the academic restraints with inflected, mounting tension alternating with taut relaxation. Together, the Dover imbued the fugal utterances and thematic reversals with well-plotted meaning. A pianissimo solo from the first violinist Joel Link focused our concentration magically. Never overselling, never oversold, nor low in drive, the players seemed embarked on a programmatic and sonic arc with the fortissimo ending of the Brahms Op. 34 already filed on the flight plan.

The Canzonetta: Allegretto nods to a folkish Haydn, but not without some harmonic subtleties beloved by both masters. Fast passagework gave the lower strings the chance to show they could reach speed as easily as the uppers, where violinist Bryan Lee shone alongside his cellist Camden Link. The Andante espressivo, immaculately conceived with reverence and longing, never tugged at our lapels with taffy-pulling. When the fairies flitted, we imagined darker ones led by Oberon, not the mosquito types brought forth by Hippolyta. So concluded the first ff of the soiree. We wanted more grit from the Molto allegro e vivace, but the design seemed to put that quality on hold for the Brahms. As if on cue, the sun came out to endorse the Dover’s unforgettable benediction.

Indomitable pianist George Li upped the ante in the Brahms, and the Dover did not resist his power. But Li also seemed to adopt some of the creaminess of tone to be heard from the Mendelssohn. We caught gorgeous tone from cellist Shaw (excepting Baroquey types, did you ever hear a cellist who was not a romantic) and Milena Parajaro-van de Stadt, (she of the rhinestone platform stilettos) made Burton Fine’s former viola sound heroic rather than quixotic.

Everyone knows how Brahms struggled with the Piano Quintet in F Minor. In its finale from 1866, it rises well into to the 90th percentile of a surprisingly crowded genre, despite the repetitiveness of the lively outer movements and the doldrums of the second.

In each movement, though, the players channeled Brahms’s generosity of spirit without either restraint or overplotting. The fourth movement carries within it all the qualities found in the rest of the work, beginning with an otherworldly symbolist landscape and ending with an almost carnal climax. Did these opposing poles represent Brahms’s mother versus Clara? The cello ushered in the big tune with delicious inflection, passing it to Li, whose shapings and artful hesitations wowed us. Finally, the flaps went down and throttles forward as we reached liftoff.

In the best moments, the Dover and Li midwifed thematic mitoses with beneficial variants, subtly differentiating the almost identical clones, architecting to a triple-forte climax that left all gratefully sated yet ready for the complimentary bubbly marking RCMF’s welcome return to business as usual.