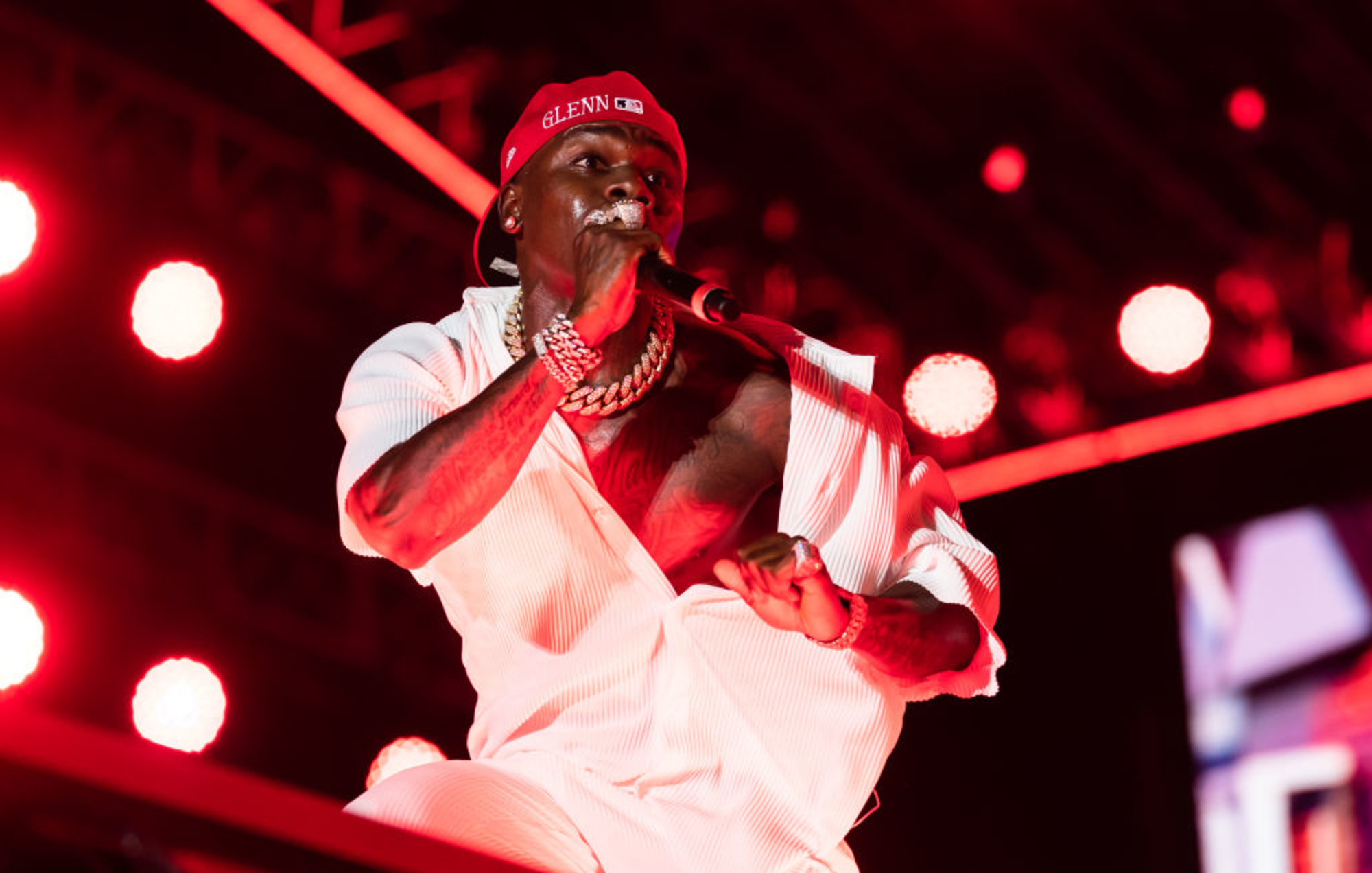 The song originally appeared as a solo track on Lipa’s March 2020 album ‘Future Nostalgia’. The remixed version with DaBaby was released as a standalone single that October.

Now, research has revealed that radio stations are increasingly returning to the original version after widespread condemnation of DaBaby’s remarks about HIV/AIDS.

Billboard, citing MRC Data, reports that on July 27, shortly after the remarks were made at Rolling Loud Miami, 70.2 per cent of radio stations playing ‘Levitating’ aired the remixed version over the original. By August 2, that was down to 49.5 per cent.

The publication also spoke to a number of radio programmers on the issue. Audacy, who run a radio chain including 235 local stations, said the remix was pulled outright “in light of DaBaby’s homophobic statements”.

Lipa herself was among the many artists who spoke out against DaBaby. “I really don’t recognise this as the person I worked with,” she said.

“I know my fans know where my heart lies and that I stand 100 per cent with the LGTBQ community. We need to come together to fight the stigma and ignorance around HIV/AIDS.”

Victoria Monet has since offered to replace DaBaby on the track, describing herself as “totally available”.

Apologising for his comments on Monday, DaBaby said: “I want to apologise to the LGBTQ+ community for the hurtful and triggering comments I made”.

“Again, I apologise for my misinformed comments about HIV/AIDS and I know education on this is important.”

“I appreciate the many people who came to me with kindness, who reached out to me privately to offer wisdom, education, and resources. That’s what I needed and it was received.”