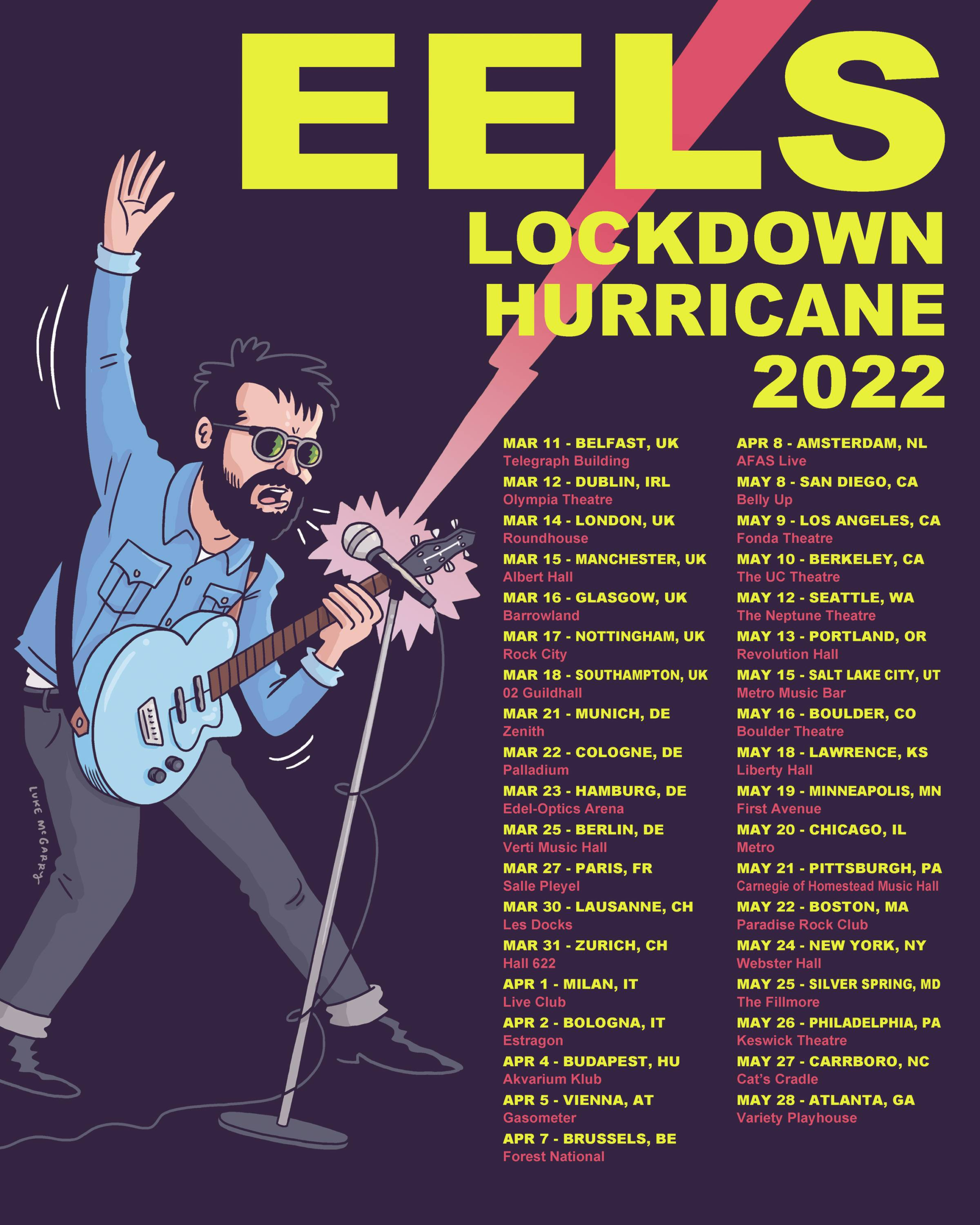 Eels have announced details of a UK and European tour for 2022.

The Mark ‘E’ Oliver Everett-led band will tour in support of their ‘Earth To Dora’ album, which came out back in October.

Eels will embark on their next UK and European tour in March 2022, kicking off in Belfast on March 11 next year. The UK and Ireland leg will conclude with a date at the O2 Guildhall in Southampton on March 18 before Eels then head to the continent.

“We’ve got a lot of pent-up energy from all the time spent cooped-up and unable to rock. It’s going to be an extra-special treat this time,” ‘E’ said in a statement. “We always have the greatest time playing live, but this is gonna get crazy. Attendees will want to keep their cameras rolling, because we may explode.”

Tickets for Eels’ UK and European tour in 2022 will go on sale from here, and you can see the dates below.

Eels’ video for ‘Are We Alright Again’, which came out back in November, featured Mad Men lead Jon Hamm.