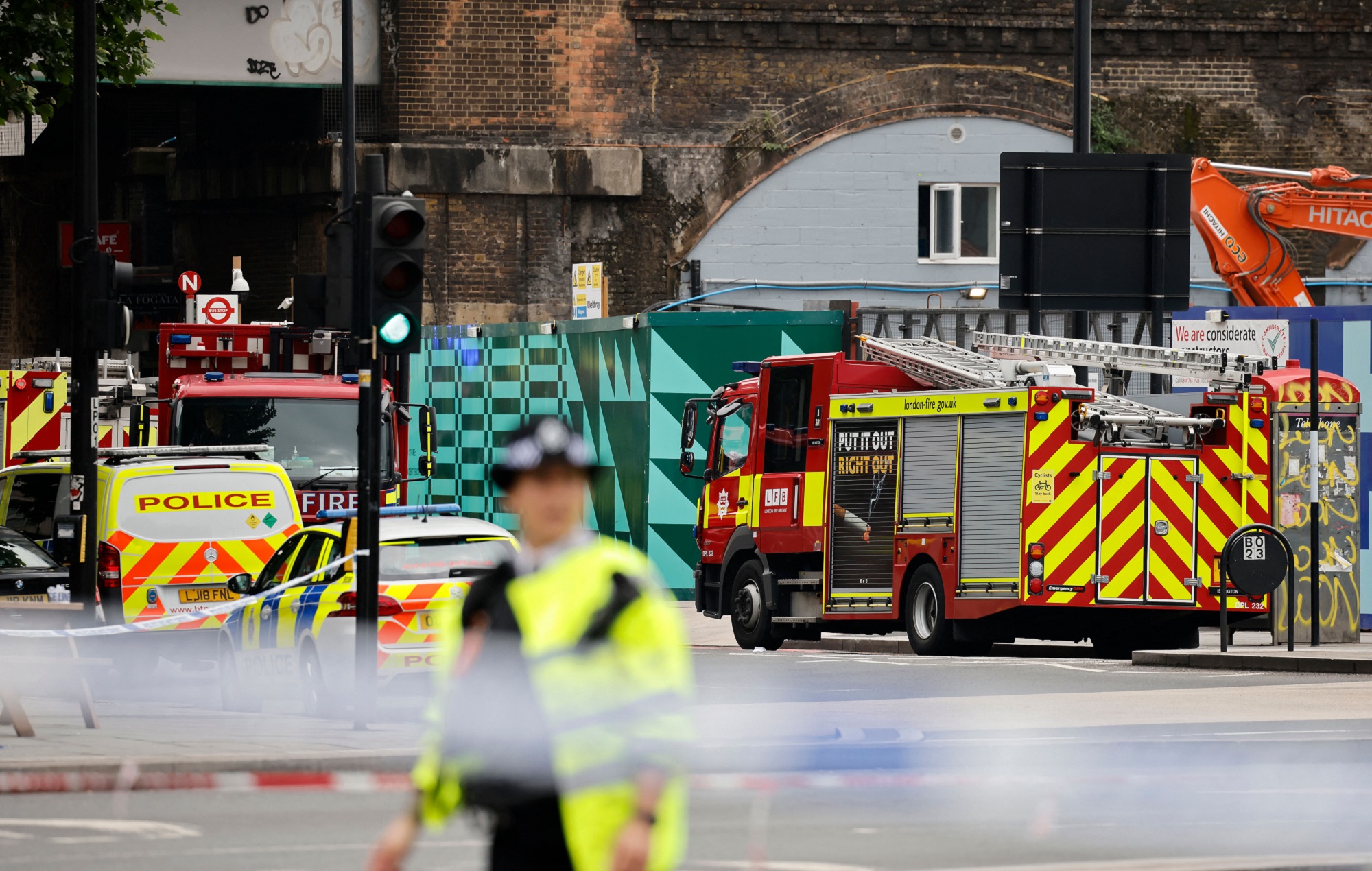 Staff at South London venue Corsica Studios were among those evacuated following a major fire in Elephant and Castle, with the extent of damage to the site currently unclear.

A huge blaze engulfed railway arches in the area this afternoon (June 28), leading to over 100 firefighters being deployed. Fire crews were called shortly before 1:45pm BST after local residents reported hearing a number of explosions.

Gig venue Corsica Studios is based under one of the arches, and was evacuated during the incident. They tweeted that “the team are all safe, hope our neighbours are too.”

Thanks to everyone who has been getting in touch following the incident on Elephant Road just now. We’re not entirely sure what has happened but Corsica and the team are all safe, hope our neighbours are too.

Speaking to NME, the venue’s owner Adrian Jones said they were preparing for a Snapped Ankles show this weekend when the fire began.

“We heard, and felt, a massive rumble. We’re used to a certain amount of vibration from the trains running above us but this was far, far more severe,” he said. “The shopping centre right behind Corsica is being demolished at the moment and initially I thought that perhaps part of the building had collapsed so I went outside to check.

“There was lots of shouting and commotion coming from the contractors so it was clear that something had happened but at this point it just seemed linked to the demolition works.”

He continued: “A few minutes later I went outside to check again and by this point it seemed that a fire had broken out somewhere in the arches further down Elephant Road. The emergency services began to arrived and started asking everyone to leave the area so we basically had to lock up and leave as it was clear that a major incident was taking place.

“Whilst we were leaving there was a large explosion and fireball from the arches next to the station so we didn’t hang around.

At least three of the commercial spaces in the railway arches are confirmed to have been completely set alight, however Jones said it’s currently unclear how much Corsica Studios has been affected.

“In terms of how it’s going to impact us, we haven’t been able to access the building yet so it’s too soon to say really whether the venue has been affected in any way but obviously our main concerns right now are for our immediate neighbours who were right in the middle of this,” he said.

“As far as the team are concerned though we’re all safe and sound and we’d like to thank everyone for checking in on us!”

According to the BBC, the fire is thought to have started in some garages close to the train station, with five people escaping before the fire brigade arrived. The fire is now under control.

London Ambulance Service said it had treated six people at the scene, with one of those taken to hospital.

Two people have been treated for smoke inhalation. Please avoid the area while our emergency services continue their work – road closures are in place and the tube station is closed. If you live nearby, please follow the advice from @LondonFire and close all doors and windows.

Mayor of London Sadiq Khan said that two people are being treated for smoke inhalation, and urged people who live nearby to follow current fire brigade guidance and keep their doors and windows closed.

Corsica Studios was due to host Snapped Ankles this Wednesday (June 30), with further shows booked throughout the summer. The status of those shows is currently unknown.

After emergency services were called to the Lore of the Land pub in Conway Street, Fitzrovia on Wednesday (June 23), around 70 firefighters spent several hours tackling the blaze.