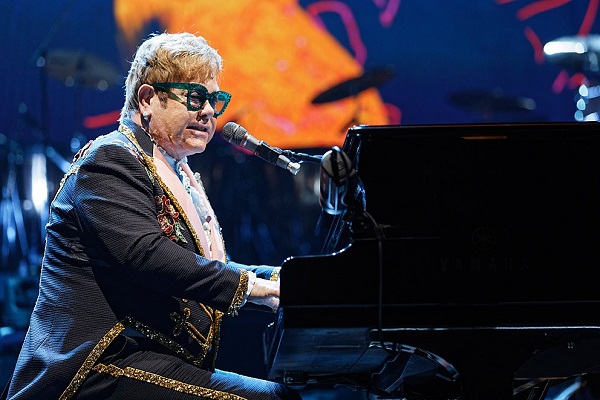 Eddie Vedder of Pearl Jam, Robert Trujillo of Metallica and Chad Smith of the Red Hot Chili Peppers are featured on Elton John’s “The Lockdown Sessions”

Elton John has announced a new compilation album called “The Lockdown Sessions” filled with big names. The album, out Oct. 22, features a handful of collaborations that Elton worked on after canceling his Farewell tour due to the worldwide pandemic.

Eddie Vedder of Pearl Jam, Robert Trujillo of Metallica, Chad Smith of the Red Hot Chili Peppers and Stevie Nicks of Fleetwood Mac are among the artists featured on the record. John says the set was a way for him to stay creative during the pandemic.

“The last thing I expected to do during lockdown was make an album. But, as the pandemic went on, one-off projects kept cropping up,” John said in a statement. “Some of the recording sessions had to be done remotely, via Zoom, which I’d obviously never done before. Some of the sessions were recorded under very stringent safety regulations: working with another artist, but separated by glass screens.”

He added, “But all the tracks I worked on were really interesting and diverse, stuff that was completely different to anything I’m known for, stuff that took me out of my comfort zone into completely new territory.”

John’s latest single with Dua Lipa, “Cold Heart (PNAU Remix),” is also on “The Lockdown Sessions,” as well as his rendition of Metallica’s “Nothing Else Matters” with Trujillo, Smith, Miley Cyrus, Andrew Watt and cellist Yo-Yo Ma. For more information on the set, visit Elton John’s website.