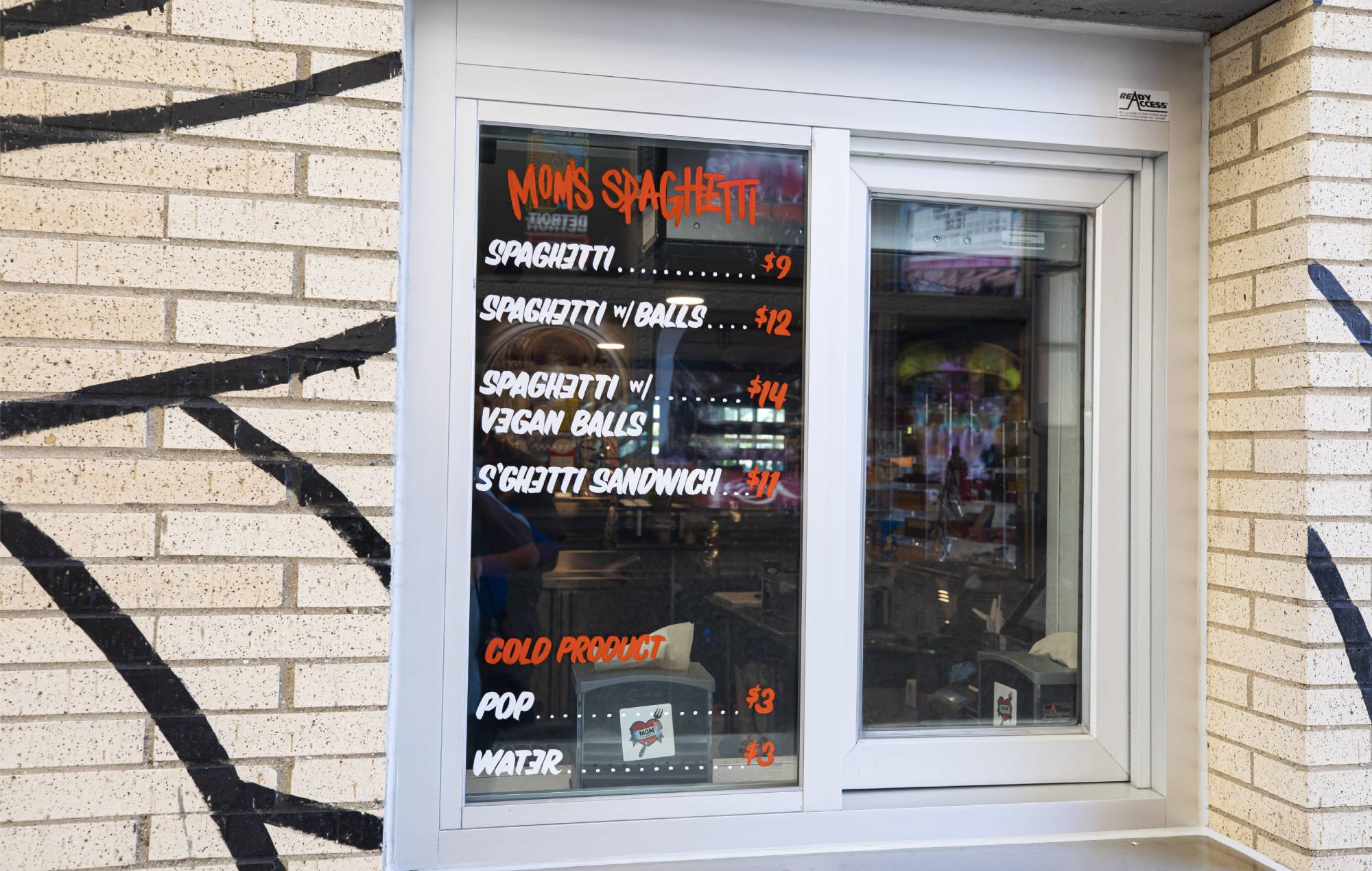 The raper opened the restaurant in his home city last week, and named it after a lyric from his 2002 hit ‘Lose Yourself’, which featured on the 8 Mile soundtrack: “His palms are sweaty, knees weak, arms are heavy / There’s vomit on his sweater already, mom’s spaghetti.”

Speaking to Sirius XM about the launch, Eminem said of the name: “In ‘Lose Yourself’ I was saying it from the perspective of Jimmy Smith Jr., the character I was playing in the movie. You make a spaghetti sandwich. It’s definitely some white trash shit. I still eat it today.”

He went on to say that the spaghetti sandwich is his favourite item on the menu at Mom’s Spaghetti. “Don’t even eat a bite of your spaghetti until you put it in the bread, because otherwise you’re gonna ruin the whole fucking thing.

“Don’t be stupid, if I fucking catch you doing that without the fucking bread, I don’t know what I’m gonna do. Hell, there’s gonna be hell to pay,” he continued. “I’m not trying to offend anyone, but if you’re a fucking idiot, don’t eat Mom’s Spaghetti.”

At the restaurant’s grand opening on September 29, Eminem surprised fans who visited by personally manning the walk-up window, serving the first ten people in a queue that stretched around the block, and taking pictures with them.

Elsewhere, Eminem has been announced as one of the rappers performing at the 2022 Super Bowl Half Time show. He’ll join Snoop Dogg, Mary J. Blige and Kendrick Lamar.