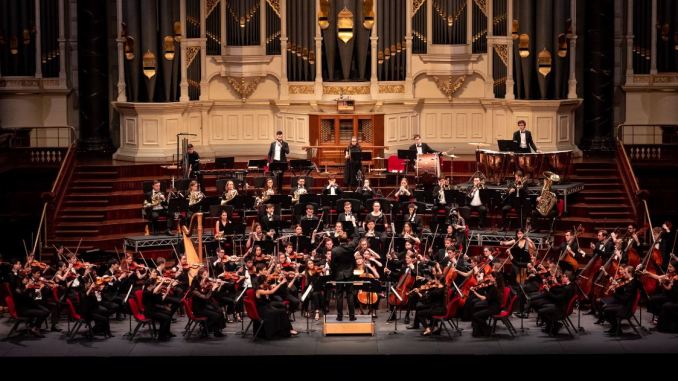 At the turn of the 20th Century, the ancient legend of the firebird was brought to life as Stravinsky published one of his most celebrated works to date. Times were changing, and audiences became eager for a new kind of art and music that told of distant cultures — the strange, the exotic. The Firebird was the epitome of this.

Under the baton of conductor Matthew Coorey, the Australian Youth Orchestra performs a revised version of this epic work alongside a program of equally innovative music, including Copland’s emotive Appalachian Spring Suite and a world premiere of The Meaning of Trees by Australian composer Andrew Ford. The work captures Ford’s response to the changes in our climate, which have long been spoken about, but that this generation of young musicians are now experiencing for themselves.

Witness the infectious energy of the Australian Youth Orchestra as it presents this showcase of revolutionary orchestral music at 7.30pm July 10 in the Sydney Town Hall.