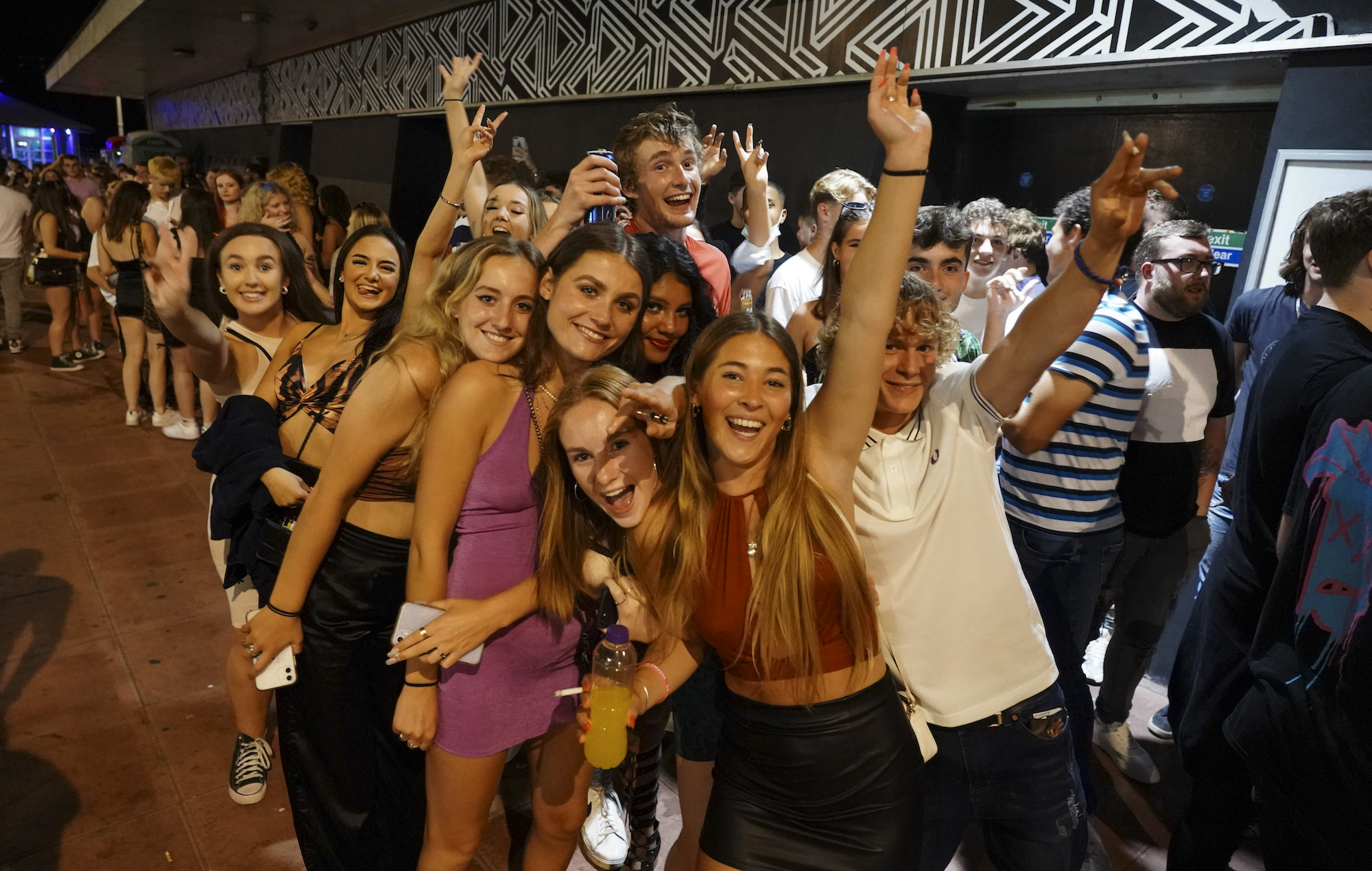 At the stroke of midnight last night (July 19), fans returned to nightclubs across England as the country entered its ‘freedom day’, with all legal COVID-19 restrictions now removed.

As part of the government’s unlocking plan, nightlife has now returned in England without social distancing or capacity limits as the country enters the fourth and final stage of its route out of lockdown.

A large number of nightclubs held special opening parties last night, opening their doors as the restrictions were lifted at midnight.

Those included Kingston nightclub Pryzm, London’s EGG venue, Fibre Bar in Leeds and more. See photos, footage and reaction from the country’s return to clubbing below.

The clubbers have left and the cleanup has started at PRYZM Nottingham. Just under a thousand people gathered here to celebrate so-called Freedom Day. @GMB pic.twitter.com/bi0pgRgzOh

🕺These are the pictures from a nightclub in London last night ⤵️
Many have reopened for the first time since the start of the pandemic.
It’s as the final stage of unlocking in England began at midnight.
More on #BBCBreakfast with @luxmy_ghttps://t.co/hAsY2xummy pic.twitter.com/mbDeDdmbEi

For the first time in 16 months, nightclubs can reopen in England.

This was @LakotaBristol – which opened at 00:01 this morning.

The prime minister’s urged caution as most legal restrictions on social contact are lifted 👉 https://t.co/ieokfQdupy pic.twitter.com/bVLnJlPJFu

Nightclub queue in Manchester celebrates as the clock strikes midnight and covid restrictions are lifted in England. pic.twitter.com/C0wNrABeIm

Last week, REKOM UK – who own over 40 nightclubs across the UK – rejected the government’s advice to voluntarily request COVID passports from attendees once restrictions are lifted, and a new poll then found that eight out of 10 nightlife business in the UK are set to follow suit.

The survey of 250 venues, which was conducted by the Night Time Industries Association (NTIA), found that 82 per cent would not be asking their customers to provide their COVID status in order to gain entry.

Speaking to NME earlier this month, NTIA boss Michael Kill said that the challenge for nightclubs in terms of reopening “is to be responsible”.

“We have to be realistic in terms of protecting our staff and customers while retaining some key protocols and really consider the government guidance. We need to do our part,” he said. “We can’t just say: ‘The doors are open – let’s run’. Let’s proceed with caution.”