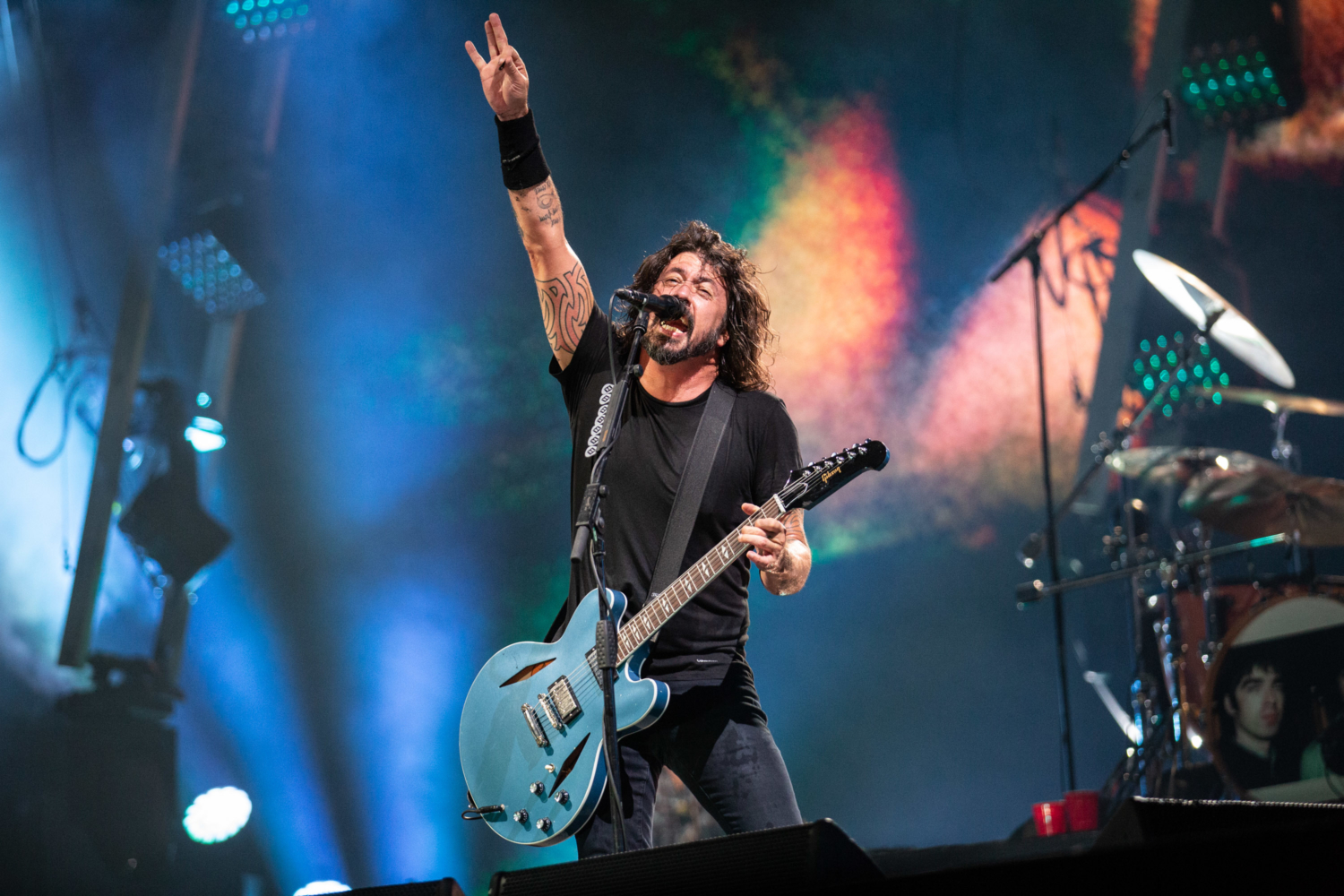 Foo Fighters are getting on the disco revival bandwagon, donning a new alter ego, the Dee Gees, for an upcoming LP titled, Hail Satin. The album will be available in record stores on July 17 as part of Record Store Day, and will feature five Bee Gees covers.

Included in Hail Satin will be a cover of Andy Gibb’s “Shadow Dancing,” which Foo Fighters performed during the Rock-N-Relief livestream in March. The track saw Foo Fighters frontman Dave Grohl on backing vocals, while the band’s drummer, Taylor Hawkins, sang lead.

In addition to the five Bee Gees covers, the B-side of the record will feature live versions of tracks from Foo Fighters’ most recent release, Medicine at Midnight. The album’s lead singles, “Shame Shame,” “Waiting on a War,” and “No Son of Mine” are all included on the tracklist, in addition to “Making a Fire” and “Cloudspotter.”

Foo Fighters spent much of the pandemic delivering socially-distanced performances to benefit Save Our Stages, Rock-N-Relief, and other causes to support artists and tour teams throughout the pandemic. They helped reopen California last week with an intimate live gig for a fully vaccinated audience at the Canyon Club in Agoura Hills. Unmasked anti-vaccination protestors gathered outside of the concert to protest how the band has required vaccination to attend their concerts. Foo Fighters also required attendees to be vaccinated at their June 20 show at Madison Square Garden in New York.

The Madison Square Garden show saw the first official introduction of the Dee Gees as they covered the Bee Gees “You Should Be Dancing.” Grohl took on the lead vocals for a faithful rendition of the track, and gives fans much to be excited about for the upcoming stylistic sidestep.