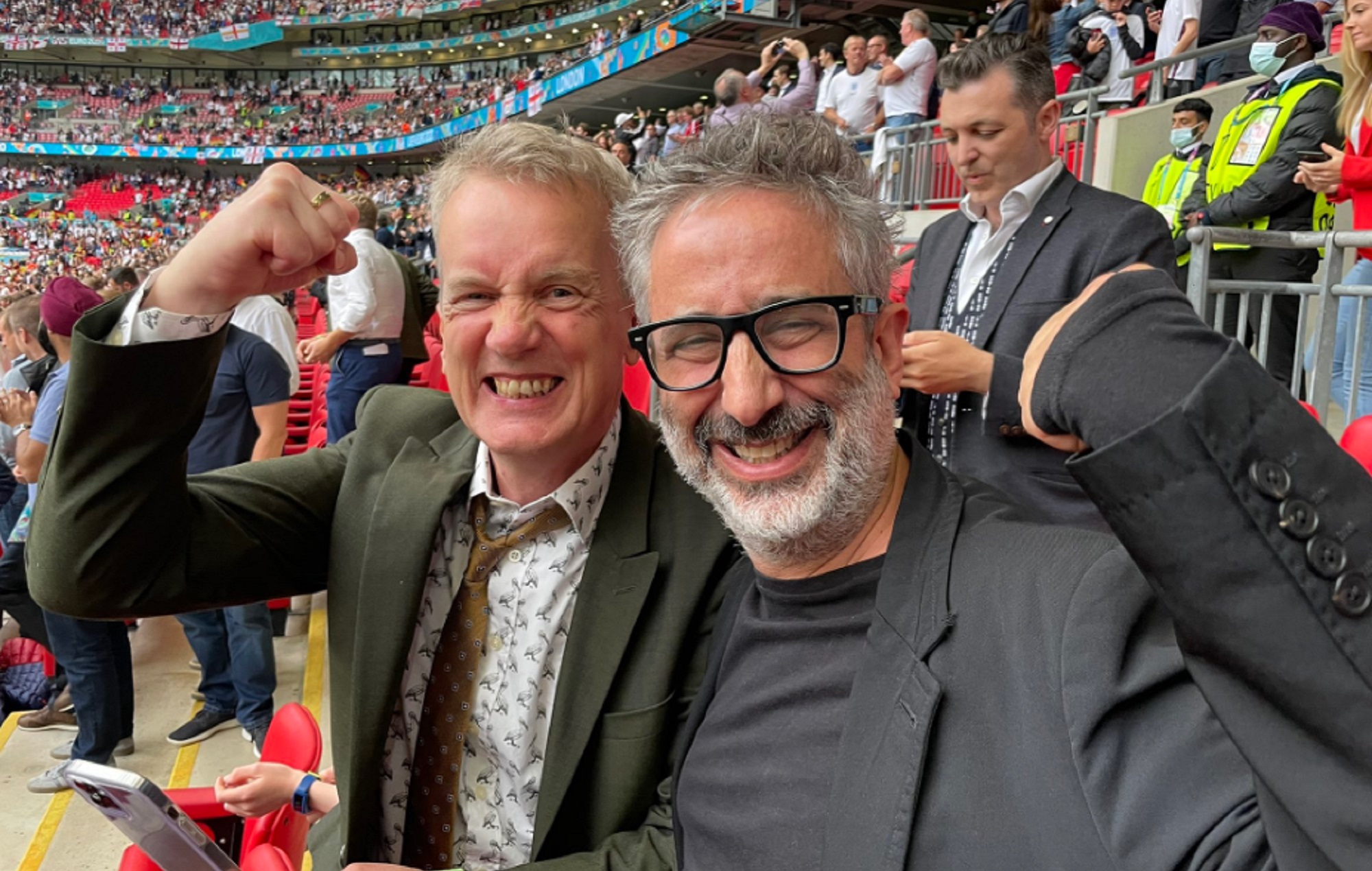 Frank Skinner has claimed that UEFA turned down a performance of ‘Three Lions’ by himself and David Baddiel at the Euro 2020 final.

England will take on Italy in the last match of the tournament tomorrow (July 11), which will be held at London’s Wembley Stadium. It is the first time England’s male team have reached a final since winning the World Cup in 1966.

Speaking during an appearance on The Last Leg, Skinner said he, Baddiel and The Lightning Seeds were not allowed to perform the football anthem at the match. “There was a suggestion that we sang it on the pitch before the final on Sunday and UEFA said it was too partisan and not fair to the Italians to have that,” he said.

In a statement given to the Independent, a spokesperson for UEFA confirmed a request had been received for a performance of the song, but did not say it had been rejected for being “too partisan”.

“UEFA can confirm that such a request was received yesterday,” they said. “However, the programme for the closing ceremony has already been finalised, and no additional elements can be integrated at this stage due to the very tight countdown schedule and operational complexities ahead of the kick-off.”

They added the track would be played during the players’ warm-up, with accompanying karaoke graphics on the big screens.

After England beat Denmark in the semi-final of the tournament on Wednesday (July 7), Adele lead reactions from the entertainment world to the victory. “IT’S BLOODY COMING HOME,” she wrote on social media, referencing the immortal hook from ‘Three Lions’.