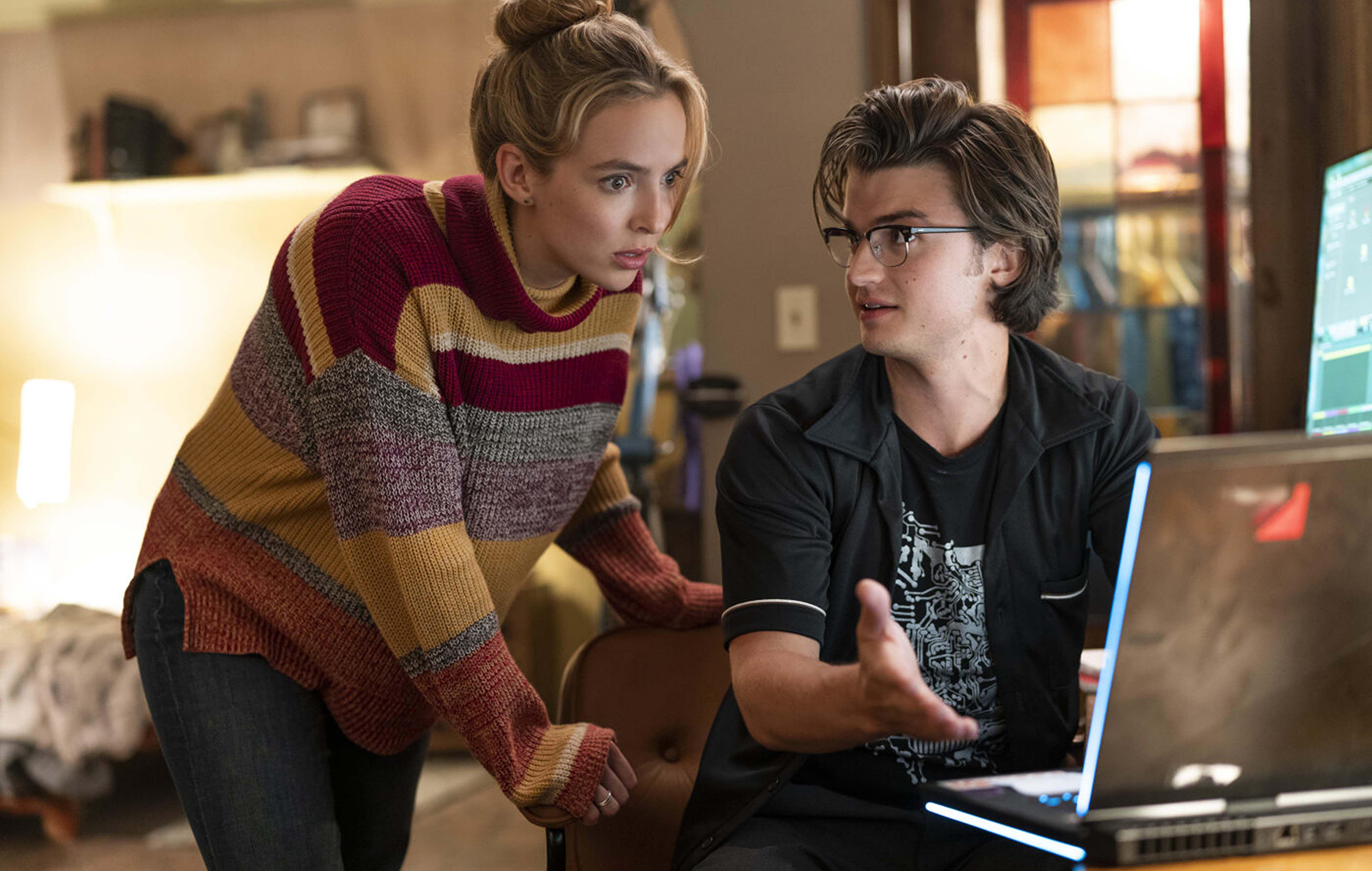 Every morning Guy (Ryan Reynolds) wakes up, puts on the same blue shirt, and heads to his bank teller job via the coffee shop. His order is always identical: medium with cream and two sugars. Later, when the bank gets ambushed by an armed robber, which seems to happen each day like clockwork, he follows the instruction to “get down!” without question. While the real action unfolds just beyond his eyeline, Guy is hugging the floor, chitchatting with his security guard pal Buddy (Lil Rel Howery).

Guy’s eerily monotonous routine is interrupted when he finds himself drawn to a tough-looking woman (Jodie Comer) outside the bank. In a display of free will that Buddy seems perturbed by, Guy plucks up the courage to speak to her. It’s the first step in his journey towards realising that his so-called life is phoney. Guy, like Buddy, is actually a non-player character (NPC) in a video game called Free City.

Inside Free City, the tough-looking woman is Molotov Girl, a gun-wielding badass who tells Guy to “level up” – or improve his ranking – before he can hang with her. In the real world, she is Millie, an indie programmer who believes the utopian video game she created with fellow coder Keys (Joe Keery) was ripped off by douchebag publisher Antwan (Taika Waititi). Convinced that Antwan used their code in Free City without paying them properly, Millie spends her online life scouring this virtual world for clues. Keys, who has dolefully accepted his lot as one of Antwan’s minions, is initially reluctant to get involved. But Guy, who is rapidly subverting expectations of what a humble NPC can achieve, is eager to help.

Acing her first major movie outing, Killing Eve star Comer is smartly cast in a dual role that allows her to show off Villanelle-style swagger as Molotov Girl and more emotional range as Millie. Reynolds, who is also one of the film’s producers, wears Guy’s contradictions as seamlessly as a video game skin. It helps that he has the almost cartoonish good looks of a video game hero, but there’s great skill in the way he switched between goofy and gallant throughout.

Screenwriters Matt Lieberman (The Christmas Chronicles) and Zak Penn (Ready Play One) don’t let Guy question the meaning of life too much – he accepts his lot as a pre-programmed algorithm pretty quickly, which means comparisons to The Truman Show feel purely superficial. But director Shawn Levy (Night at the Museum, The Internship) infuses their zingy script with fizzy visuals and lashings of fun. Along the way, there are clever send-ups of gaming culture, cute cameos from some Hollywood A-listers, and committed peacocking from Waititi as an increasingly ridiculous asshole baddie.

Free Guy gets a bit sentimental at the finish, but by then this tremendously likeable film has probably earned its side order of cheese. Where so many Hollywood blockbusters feel like less than the sum of their parts, this one is so well executed that it ends up exceeding expectations – kind of like Guy himself.