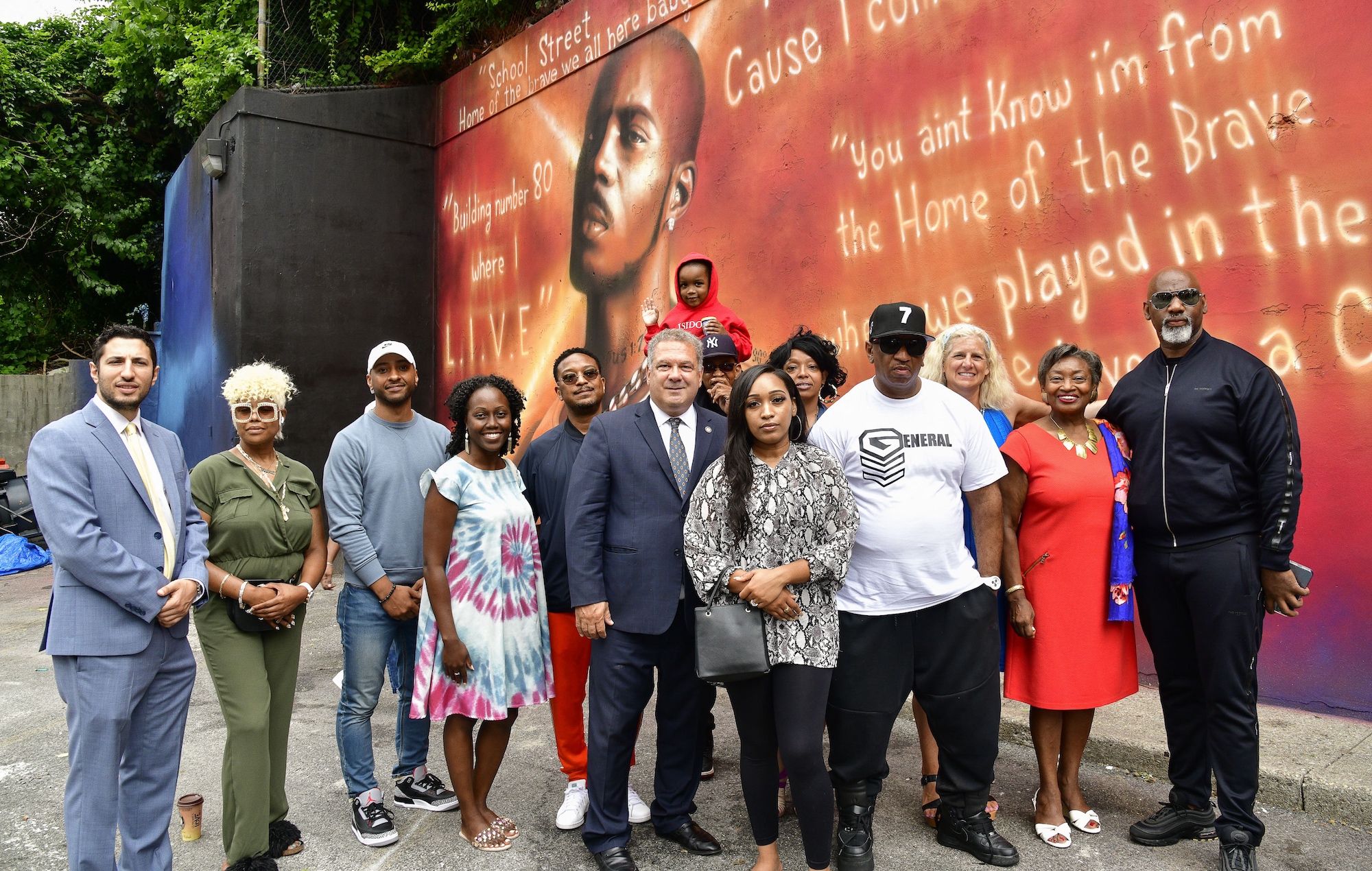 An artist has paid tribute to DMX – who died of a heart attack in April of this year – with a large mural in his hometown of Yonkers, New York.

Floyd Simmons (no relation to the rapper, real name Earl Simmons) began working on the mural back in May on a wall close to Calcagno Homes on School Street, the public housing complex where the late DMX once lived.

It was unveiled to the public by Mayor of Yonkers Mike Spano earlier this week, with members of Ruff Ryders, Def Jam Records and the rapper’s fiancée Desiree Lindstrom in attendance.

The giant mural – 35 by 22 feet – features a portrait of X along with verses from songs like 1998’s ‘Look Thru My Eyes’, in which the rapper references the area: “Come through flyin’, up 129 / Up the School Street ’cause I come through mine.”

See images of the work in progress via Floyd Simmons’ Instagram below:

Last month, DMX was honoured with a star-studded performance at the 2021 BET Awards, featuring a host of MCs and actor Michael K. Williams. It was curated by X’s close friend Swizz Beatz, and featured contributions from Method Man, Busta Rhymes, Jadakiss, Griselda and more.

DMX’s first posthumous album, ‘Exodus’, was released back in May of this year. His first studio album since 2012’s ‘Undisputed’, the record featured guest appearances from the likes of Swizz Beats, Jay-Z, Nas, Lil Wayne, Snoop Dogg and more.