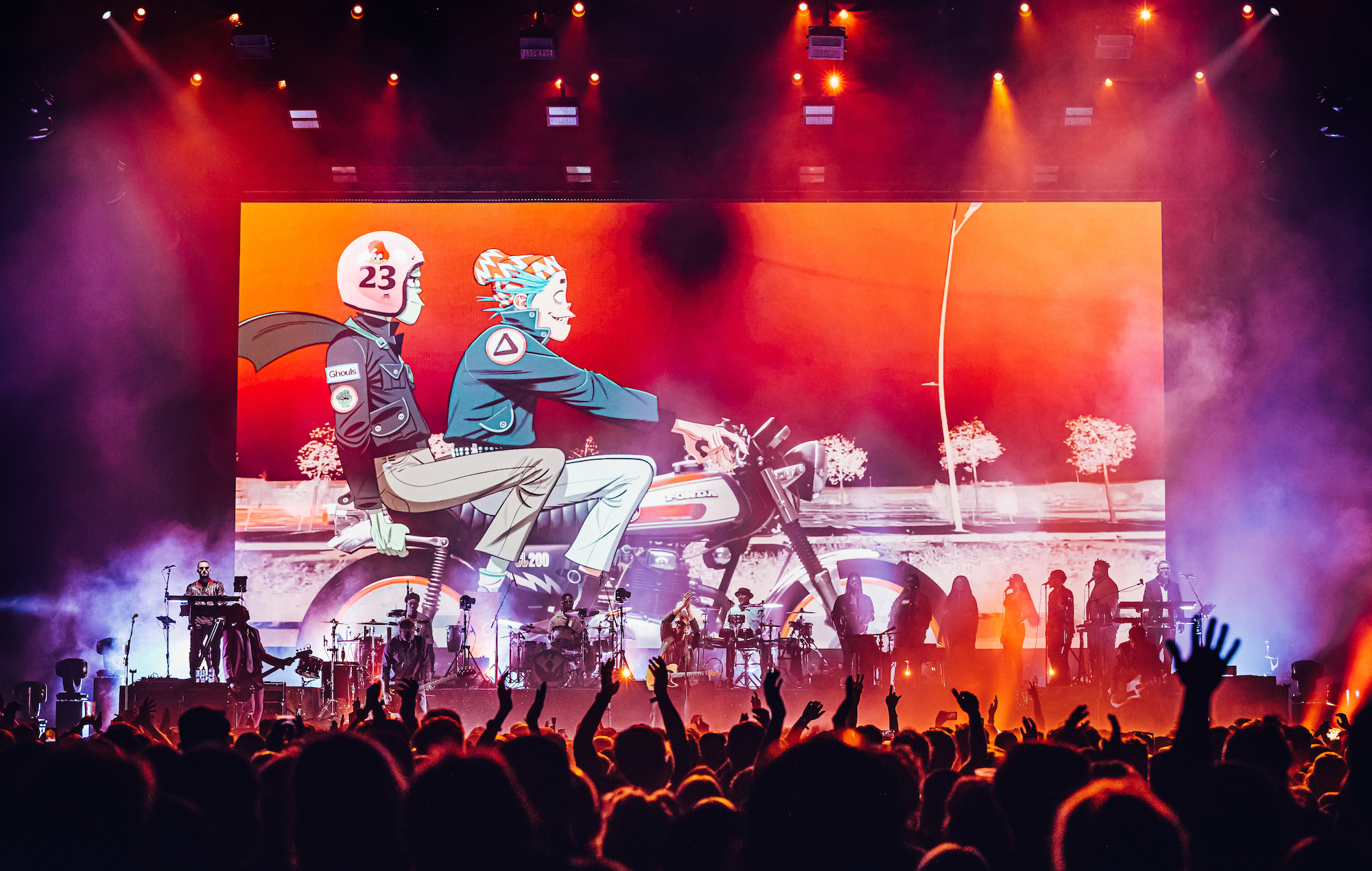 Gorillaz have released a surprise new EP – listen to ‘Meanwhile’, a celebration of Notting Hill Carnival which features AJ Tracey and more, below.

The three-track EP, which also features Jelani Blackman and Alicaì Harley, gets its title from Meanwhile Gardens, the site of the band’s first ever live performance, where they played ‘Clint Eastwood’ at the Middle Row Records soundsystem in 2000.

Of the new release, Gorillaz frontman 2D said: “Meanwhile Gardens are just round the corner from Memory Lane. If you get to Crawley you’ve gone too far.”

Listen to ‘Meanwhile’ in full below:

Reviewing ‘Meanwhile’, NME wrote: “Overall, ‘Meanwhile’ is a great pick-me-up for those still down-and-out that they can’t dance at the annual celebration this year.

“But as we all go to parties and other events to mark this Bank Holiday weekend, it’s the perfect soundtrack to get you in the spirit before you go and wreck a dancefloor.”

The new EP arrives as part of Gorillaz’ 20th anniversary celebrations, which began earlier this year with the anniversary of their 2001 debut album. Alongside the celebration of the record, the band have teased a forthcoming series of album reissues, beginning with the self-titled record, which will arrive later this year.

A statement looking ahead to the reissues said: “The attic of Kong Studios is a virtual treasure trove of Gorillaz ephemera, a giant biscuit tin of early ideas, deep dive musical moments, demos, early drawings and never-before-seen-or-heard Gorillaz memories.

“Murdoc Niccals, inspired by his hero Marie Kondo, will tackle that attic with a promise to spark joy in the hearts of fans around the world with a very special physical release featuring an abundance of declassified gems.”

The EP’s title track was previewed at the band’s recent sold out shows at The O2 in London, one of which was attended solely by NHS workers.

Ahead of the release of the new EP, Damon Albarn spoke to NME about the cartoon band’s “carnival-themed” new music.

“We’re really going back to the spirit of the first record [their self-titled 2001 album],” he said. “It’s really exciting and we’ve been really enjoying it. It’s a nice kind of counter-balance to [new solo album] ‘The Nearer The Fountain…’, really.

“I’ve definitely needed a dose of something else after I finished that record. Steel pan drums and Casio MT-40s were always going to be a good cure.”