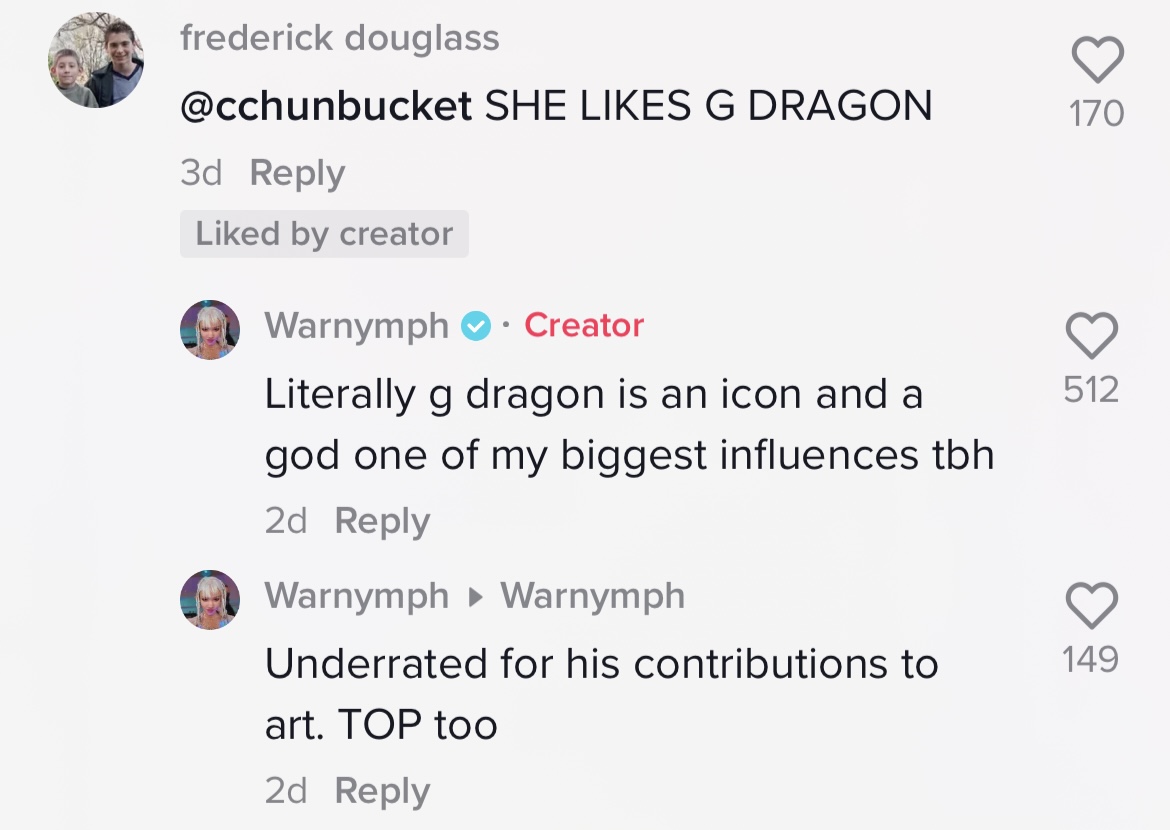 Grimes has described South Korean rapper and Big Bang member G-Dragon as one of her “biggest influences”.

In a recently Tiktok video, uploaded on July 26, American pop singer did a comedic take on the popular “what’s in my bag” challenge, where she showcased all sorts of non-conventional items from a Cowboy Bebop poster frame to a mic stand. One notable item was her “prized” copy of G-Dragon’s first solo mini-album ‘One Of A Kind’.

They made me do this

“Literally G-Dragon is an icon and a good, one of my biggest influences [to be honest],” she wrote. “Underrated for his contributions to art. [Fellow Big Bang member] T.O.P too.”

Grimes later also replied to a comment about a possible collaboration between her and G-Dragon, where she namedropped BLACKPINK‘s Jennie. “Actually, you’re inspiring me to bother [G-Dragon]… Jennie knows him, I could ask her to please poke him maybe, [oh my god],” she wrote.

Earlier this week, Grimes and Jennie shared images of their “rocket day” outing to the SpaceX facility. Fans have since started to speculate that a collaboration between Jennie and Grimes could be on the cards. The American singer is no stranger to the K-pop scene, having previously collaborated with LOONA sub-unit yyxy on ‘Love4eva’ in 2018.

Aside from Jennie, BLACKPINK’s Rosé has also been in LA in order to work on new music, The Korean-Australian singer was recently allegedly spotted with singer Olivia Rodrigo, sparking rumours of a potential collaboration. Director Petra Collins and stylist Devon Carlson were also seen with the two pop stars.