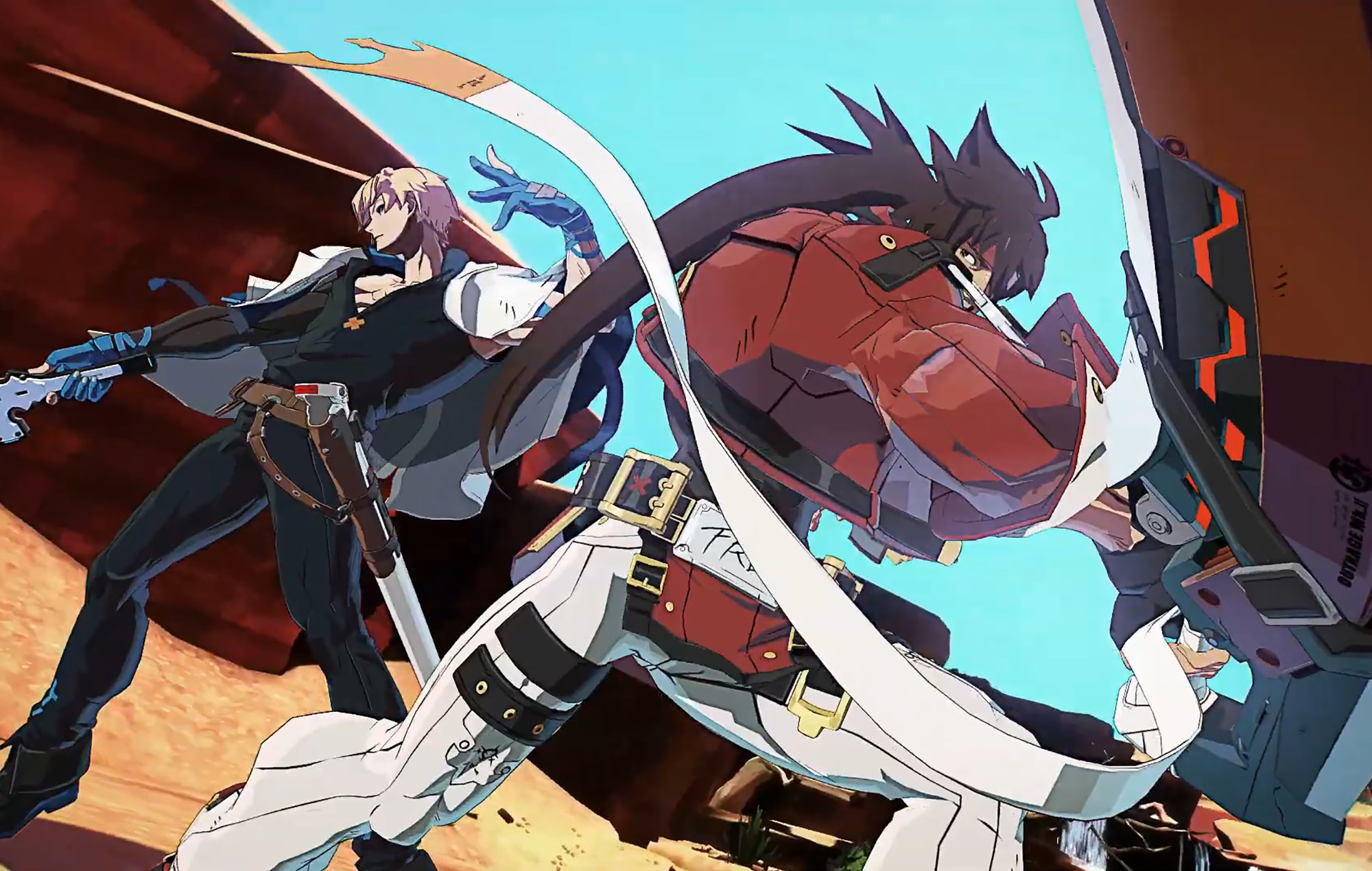 Fighting games aren’t generally known for their stories. With many franchises spanning decades and having character rosters in the dozens (or even hundreds), it can be difficult for newcomers to the genre to figure out a fighter’s place in the world, understand their motivations, or even glean crumbs of their backstory. While some players are happy to pick a character based purely on looks (hey, we’ve all done it), getting to know a character can help players form a connection with them that gets them excited to step into the ring and learn their more specialised moves.

Earlier this year, I purchased Guilty Gear Strive on a whim. After being hooked on Arc System Works’ previous game, the incredible Dragon Ball Fighter Z, I wanted to see what else the studio was capable of. Since Strive is the 7th mainline entry (excluding the numerous updates and spinoffs from previous titles), I had no idea who the characters were or where they stood in relation to one another — and I didn’t initially have time to watch the game’s 4+ hour cinematic story, either. Once I began playing, though, I realized that wasn’t such a bad thing, as the game had another way of helping me get to know its over-the-top cast: their theme music.

In Guilty Gear Strive, as in past titles, each character has their own unique theme written and composed by series creator Daisuke Ishiwatari and performed by either Naoki Hashimoto or AISHA. These themes range from hard-rock headbangers to bubblegum-pop love songs, hitting a number of genres in-between. Regardless of genre, these distinctive and energetic themes all feature lyrics and melodies that allow players to gain a glimpse at who their chosen fighter is as a character — and on top of being stylish as hell, it’s a brilliant way to tell stories.

Take the remarkably-named series protagonist Sol Badguy, for example. His theme, “Find Your One Way”, features lyrics that talk about making sacrifices to find their true path in life, as well as a refrain that sees singer Hashimoto belt out, “you don’t know me, you’re not the law” between steady, crushing guitar riffs. When taken into consideration – along with his name – players can infer that Sol is the kind of person who lives entirely on his own terms and has carved his own path through life, lawless past be damned.

His rival, Ky Kiske, features a theme that rocks just as hard as his but for completely different reasons. “The Roar of the Spark” features a mixture of guitar, drums, and keys to paint a picture of someone who is steadfast in their beliefs and ability to do good in the world. The lyrics speak of a grand journey and feature lyrics such as “I’m going as far as I can / I hope my path will be a guiding light for someone to follow,” speaking to the character’s inherent purity and pursuit of order.

His and Sol’s themes stand as excellent counterpoints, highlighting their respective drives while helping listeners understand the reasons for their rivalry. One represents order and light, the other stands for breaking the rules and getting their hands dirty. An age-old dichotomy, then, realised with uproarious metal licks and rock-opera lyricism.

The library of character themes is full of parallels and allusions such as this. Characters Zato-1 and Faust have themes that are dynamically presented to represent the duality of their characters; Zato-1 shares his life with a shadow being named Eddie, and Faust is a doctor who waffles back and forth between sanity and insanity. Both themes feature heavier lyrics offset by moments of soaring vocals and emotional sincerity, painting a picture of two distinctly tortured souls (Faust’s theme, “Alone Infection”, also features one of the best breakdowns in recent rock music, game music or not).

Similar to Sol and Ky’s themes, the themes for Chipp Zanuff, newcomer Nagoriyuki, and veteran Potemkin all reflect their respective ideologies when it comes to doing battle. Chipp’s hard-rocking “Play the Hero” fighting like a tiger and soaring through the sky, highlighting his place as the roster’s resident ninja (while the title subtly seems to poke fun at this very fact — Chipp is also not Japanese and, therefore, playing the ninja role as well). Nagoriyuki, a samurai vampire (yes, he’s as cool as he sounds), has a theme that explicitly about his mentality when it comes to fighting and his own sense of honor — aptly titled “What Do You Fight For”. When it comes to everyone’s favorite oversized, armored knight, Potemkin, his theme directly addresses his distaste for the world’s current society, with lyrics like “Discord presides in society, your society.”

Stylistically, these themes don’t differ from one another too much, but their lyrics and composition all make them unique to their assigned fighter. Where Guilty Gear Strive’s character themes really get playful are when they lose their thematic throughlines and instead focus on striking a totally unique sound for their roster. This is somewhat different to traditional fighters – Tekken and Street Fighter, for example – where the character themes tend to be more melodic, with less of a focus on lyrics.

May already has one of the most iconic themes in the game, sporting a bubbly pop sound gleefully performed by AISHA. This perfectly matches May’s playful personality and design while standing apart from every other theme in the game. On the other hand, Giovanna gets a groovy theme reminiscent of Beastie Boys tracks with multiple vocal styles all contained in the song, highlighting the idiosyncratic nature of her character — an alternatively dry, playful, young Secret Service agent that fights with a spirit dog.

And while Anji Mito’s theme “Rock Parade” is the most akin to the rock-heavy focus of the rest of the soundtrack, his track incorporates more Japanese-inspired musical elements and motifs that tie directly to his robe-and-fan-focused design.

However, not every fighter’s theme is tied to another’s thematically, musically, or lyrically. The time-stopping ranged fighter Axl Low’s new wave-tinged theme directly alludes to his gameplay (“My frozen time is my frozen time!”), while Millia Rage’s theme “Love the Subhuman Self” sports a hardcore message about self-acceptance, no doubt in light of her unique existence.

Leo Whitefang’s theme “Hellfire” is full of guilt and trauma cloaked in aggression, with the first verse ending in “My people are all dead but so are the bastards!” showing off that not-so-complex philosophy of his. And Ino, the badass guitar-sporting witch that’s become something of an icon for the fighting game series, has the aptly titled “Requiem,” which is seemingly full of longing and regret for a life gone by.

Players new to the series may not glean the entire plot of the veteran fighting game franchise from the character themes alone in Guilty Gear Strive, but they gain something arguably more important — the feel of each character and the motivations that drive them.

In a genre so reliant on Wiki-scouring for players that want to learn more about a cool-looking character, Strive lets its themes do the talking (singing?), giving players a more natural look into its world while being incredibly stylish in the process. With different styles of themes reflecting the diversity and energy of the roster, Guilty Gear Strive tells its personal stories in a way no other game does — with hard riffs, detailed and over-the-top lyrics, and passionate vocals.

It’s the sound of the future of storytelling in games.

Guilty Gear Strive is out on PS4, PS5 and PC.