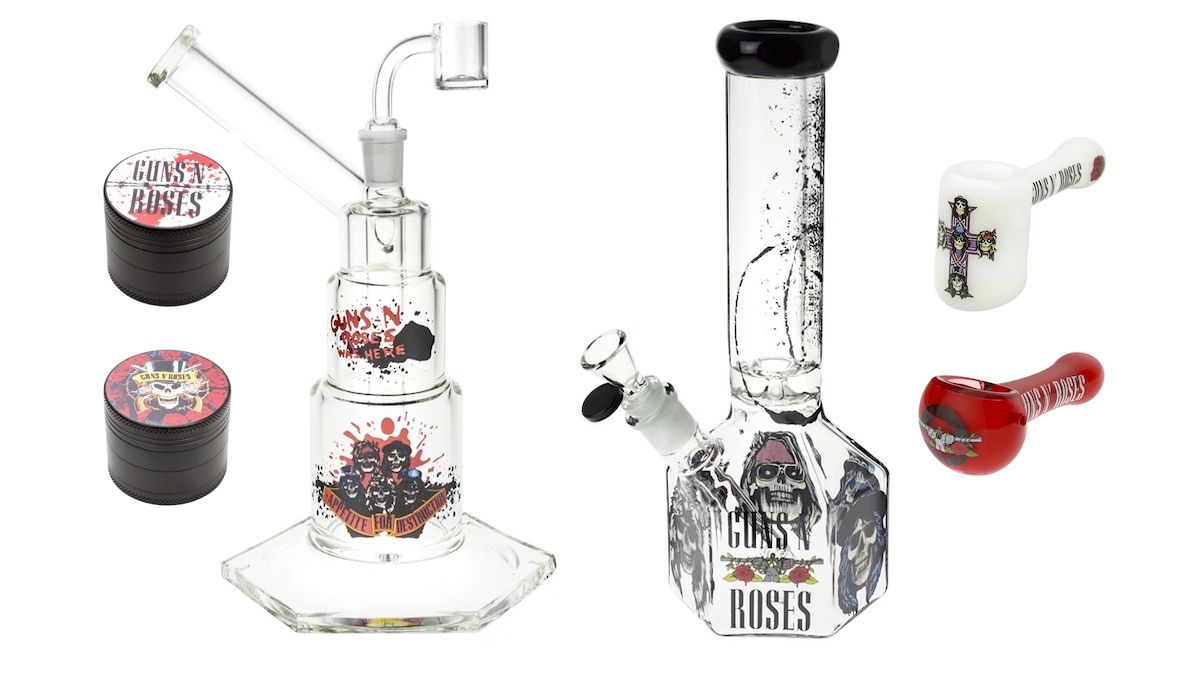 Guns N’ Roses have launched an official range of bongs and smoking accessories in the US.

The band have teamed up with Famous Brandz for a collection that includes two bongs, a couple of grinders, and two hand pipes.

A description of the GN’R line reads: “One of the greatest hard rock bands of our time, Guns N’ Roses, has finally released their own officially licensed line of smoking accessories.

“In this cool, new collection are six designs, including a water pipe, a dab rig, 2 grinders and 2 styles of hand pipes all featuring iconic artwork familiar to superfans and anyone who loves rock music.”

The two glass bongs feature artwork from the band’s iconic debut album, ‘Appetite for Destruction’. You can view the collection below and find more information here. 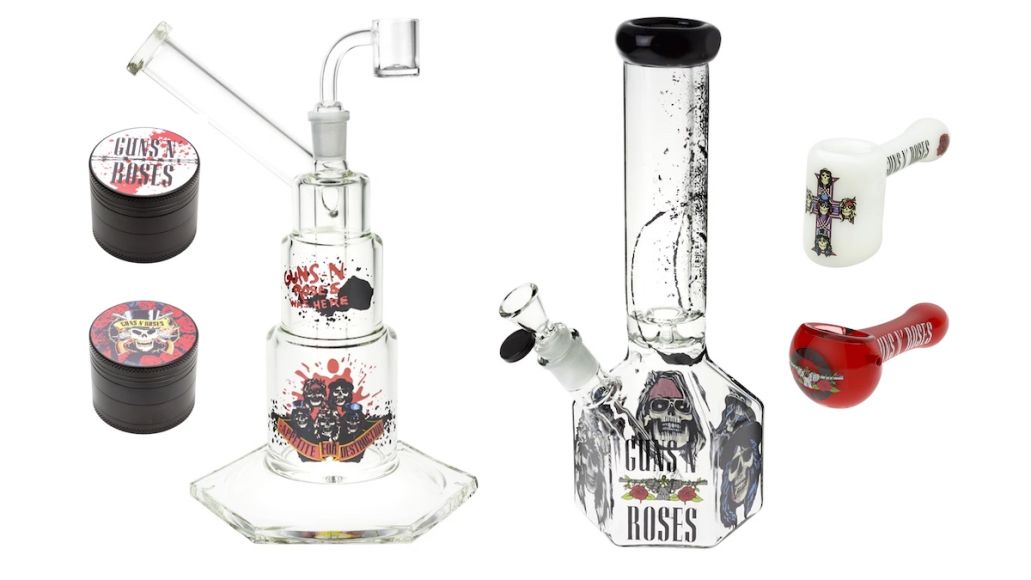 Meanwhile, Slash recently celebrated his 15th anniversary of getting sober.

In an Instagram post shared earlier this month, the rock icon’s longtime girlfriend Meegan Hodges shared a photo of him and payed tribute in an accompanying caption.

“Baby, Congratulations on your 15 YEARS of SOBRIETY! ‘An addict who achieves recovery is capable of achieving anything’ (wise words someone said). I am so very proud of you every day but today I am so very extra proud of you,” she wrote. “I love you to the moon and back!”

Guns N’ Roses are set to head out on a US stadium tour at the end of the month.