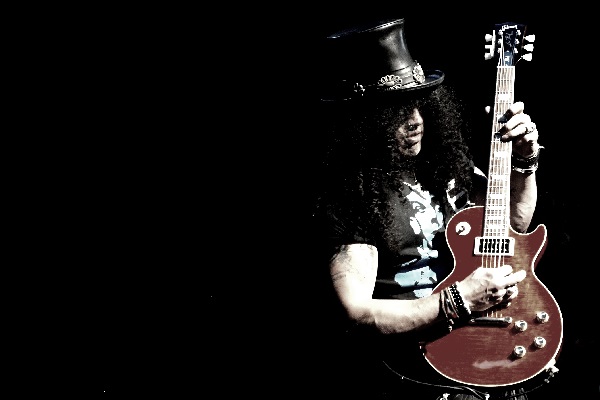 Guns N’ Roses are on the road this summer, and during some of the tour’s early shows, they’ve performed a new-ish song called “Absurd.” Now, the legendary rock ‘n’ roll band has unleashed an official studio version of the track.

“Absurd” is actually a modified version of the Chinese Democracy-era song “Silkworms” which never saw an official release. The band first rocked the new version of “Absurd” earlier this week during a show at Fenway Park in Boston and following it up with a second performance at MetLife Stadium in East Rutherford, New Jersey.

Now, Guns N’ Roses have released an official single, which is available for streaming and download via all major digital outlets. The release marks the first bit of new, original music from the band since 2008, not counting the band’s 2018’s version of their song “Shadow of Your Love.”

So far, the band hasn’t revealed if the studio version of “Absurd” includes the current lineup of the band, which features classic, “Appetite”-era members Axl Rose, Slash and Duff McKagan, who reunited in 2016. “Silkworms” was actually co-written by Axl Rose, Dizzy Reed and ex-member Chris Pitman. The song is NSFW, with a few f-bombs and other obesities, sung by Rose.

Even though this is the first time Guns N’ Roses have released an official version of “Silkworms,” they have performed it a handful of times over the years. The new version of the song seems to be a regular on the group’s current North American tour, which features support from Mammoth WVH, the band headed up by Wolfgang Van Halen.

Listen to the studio version of “Absurd” via the YouTube visualizer below. For the roster of Guns N’ Roses’ current tour dates, go here, and for ticket information, visit the band’s website.