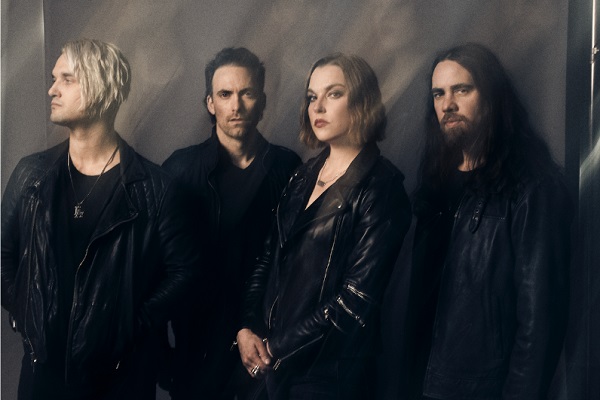 Halestorm will embark on a U.S. headlining tour this autumn, plus perform at a collection of music festivals

Lzzy Hale and Halestorm are making up for lost time when it comes to touring, as the hard rockers have announced a new slew of tour dates set to hit the U.S. this fall. The dates kick off ahead of Halestorm’s upcoming arena tour with Evanescence, which is slated for this November and December.

The newly announced dates include both headlining shows and festival appearances, as well as some rescheduled concerts. The trek sets off July 30 in York, Pennsylvania, at the York State Fair, and see the band performing at festivals such as Rocklahoma, Inkcarceration and more. Mongolian folk rock group The HU is slated to appear on a collection of stops, which is appropriate, as Hale guests on The HU’s “Song of Women.”

Fans might get a taste of new music on the run, as Halestorm have been toiling away on their upcoming, fifth studio album at Rock Falcon Studios with producer Nick Raskulinecz. Hale also appears on the debut season of Hit Parader’s new music competition show, NO COVER, alongside celebrity judges such as Alice Cooper, Gavin Rossdale, Bishop Briggs and Tosin Abasi.

Halestorm’s upcoming album will mark their follow up to 2018’s “Vicious.” View the band’s new tour dates below, and for Halestorm’s tour dates with Evanescence, go here.